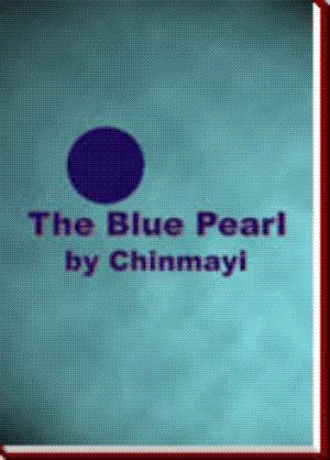 On the way to Bombay, horns were blowing, and everyone was pushing for the right of way. Our driver was passing cars on both the right and left, so I wondered if there was any systematic way of driving in this country other than to fend for yourself.

Fortunately, the driver spoke some English so he answered our questions. He pointed to the different modes of transportation. 'That's a tonga... that's a three-wheeler,' he said, pointing first to the horse-driven cart, and then to a three-wheeled motorcycle.

Driving was British style on a narrow bumpy road that was a free-for-all with people, cars, buses, bicycles, tongas and three-wheelers all competing for space. Yet no one seemed concerned about being run over. Instead, vehicles and people moved like pieces of a giant jigsaw puzzle, intertwining with each other like a kaleidoscope, and there we were in the middle blending with the rest. Despite the confusion, I felt strangely confident we would get to our destination safely.

At the city limits, rows of dimly-lit shacks were sitting back some distance from the road. When the driver said food and other articles were sold in these shops, Alex said the shacks reminded him of Mexico. We decided the shops were set back from the road to avoid dust and debris from the daily garbage being burned in bonfires beside the road.

It was so hot in Bombay we kept our windows open, but after leaving the city, it was so dusty we couldn't decide which was worse--to suffocate from the heat or choke on the dust. We decided it was better to suffocate from the heat, and shut the windows. We hadn't gone far when we saw a long line of trucks stopped along the side of the road, and we asked the driver what was going on.

'Tax collection,' he answered. 'The police and government officials collect taxes on the cargo, and the trucks are on the road at night because it's cooler then.' To my surprise, the congested traffic was no incentive for our driver to be more careful. He blew his car horn loudly while edging around the long line of trucks, and without waiting for it to clear, he made a beeline down the middle of the road. We held our breath because cars and trucks on the other end were pulling over as far as they could so he could pass. Signs in English and Hindi were posted on the backs of the trucks. 'Please sound horn,' they said. And sure enough, a concert of horns was blowing loudly from every direction.

When we reached another long line of trucks, our driver stopped for a minute, blew his horn loudly, and without waiting, charged between the trucks on both sides of the road. After he passed them, there were no more cars or trucks, but he blew the car horn anyway just for good measure.

Suddenly, we were in a fantasy countryside. Strangely shaped trees with roots hanging from their branches dotted the sides of the road and the fields beside it. They looked like black aliens standing against the dark blue sky. Light from the waning moon cast an eerie glow on the grassy fields while the car bumped along the road like a spaceship on a mission. We rolled down the windows and breathed more deeply, relaxing now that the noise and confusion were behind us. We noticed the sky was clear, and the air sweet and much cooler.

We had been chattering energetically to each other most of the way, but now, we were quiet. 'I feel high,' I whispered to Michele.

'Yes,' she answered softly. 'We're getting closer to the ashram.'

None of us talked anymore. All that could be heard was the soft rumbling of the car tires on the gravel road beneath us. In the dark night, we blended with everything around us. We were part of the car, the fields, the trees, the moon...and the sky. We were a part of everything, and everything was a part of us. I felt the others sharing this dream, and then a short time later, the driver drove around a curve and said, 'We're here.'

The Blue Pearl is a book of spiritual intrigue and adventure that uncovers the mystery of Life's reality as experienced by the author, Chinmayi. As a child, the author could hear the voice of Spirit, but was persecuted by her family for her psychic abilities and knowledge. While suffering many betrayals that left her feeling inconsolably alone, she learned about the power of Spirit from invisible teachers. The intrigue of the spiritual quest at first puzzled the author. But just when everything in her life seemed to be going wrong, she would be bombarded by profound messages from Spirit, pulling her into a journey that could not be reversed. As a result she was compelled to follow the Path laid out before her until the Truth was finally revealed, and the purpose of her suffering finally became clear.

Interwoven with the author's transpersonal journey are descriptions of the social and political climate in the United States during four major wars. The author's spiritual quest eventually takes her to India upon the death of her newly discovered spiritual teacher. She subsequently learns that she has known her teacher for many lifetimes. But more surprising is her teacher's unveiling of the circumstances of their last meeting in 1926, ten years before the author's birth in her present incarnation. This information explains not only the circumstances of her present life, but the close psychic bond the author experienced with Swami Muktananda twenty years before meeting him in person, proving that love does indeed cross the boundaries of time and space, and exists on all levels of consciousness simultaneously.

The author, Chinmayi, has lived and worked in the Los Angeles area for over thirty years. After raising three sons, she continued to pursue her interest in comparative religions and healing. Her spiritual quest has taken her to other countries in search of the Truth, with the most recent journey in April 1998 to bathe in the Ganges River during the Kumbha Mela, the most holy of pilgrimages practiced by Hindus for thousands of years. In those waters, a miraculous healing takes place that strengthens her faith and convinces her that God has infinite love and compassion for everyone regardless of who they are or what they have done.