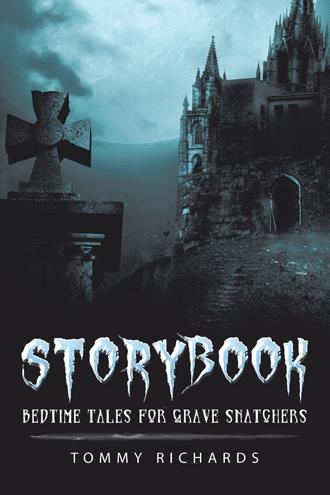 When the Night Falls: I have decided to travel immediately so that I may take advantage of the daylight. I will say it again; it’s not only me. The corpses in the nearby graves are advising me to seek out an old acquaintance named Andrew. He also knows of Satan’s plans to throw us all back into the darkness. As I stroll and start to make my way up the hill, I begin to feel the coldness coming from the depths of the cemetery. The crunching of the leaves disappear to the sounds of ice and snow giving way to my footfalls. I have heard that there is ice and snow forming all around the graveyards. Nevertheless, I cannot allow these events to prevent me from performing the tasks that I have been instructed to do; I must go and find Andrew in Bay Terrace. Tonight's the Night for Poor 'ol Fred : Fred just didn’t get it. He didn’t understand the element of surprise or how fun taking risks could be to girls like Debbie. Debbie didn’t fantasize about “Fred the White Knight in Shining Bifocals.” A Better Breed of People: The only sounds left were the clicking of the now empty gun. The coffee shop owner jumped from behind the counter and then tackled the homeless guy. Before you knew it, there were cops all over the place. In the meantime, I quietly drove in the opposite direction and it was all over. I turned to the passenger seat where a smiling Johanna Van Fleur reminded me about swearing and then she faded from view…and I headed home. The Aftermath: In the aftermath of ruin, do not underestimate the silent warriors among us for it is they who will rise to the occasion. Their whole lives they’ve been chastised for being themselves so you’d better be nice now and maybe they’ll even protect you from the darkness lurking out in the wake of the devastation. The empty spaces in the trees bristle with a haunting emptiness that was never there before. The morning sun rose with the dwindling breeze of Hurricane Albee. The leaves swirled about the ruins in hopes of creating a beautiful landscape. We must forgive them though, for it is they, the leaves themselves, which bring joy through color (without judgment) and spread it throughout the landscapes. They only know happiness without prejudice and they are saddened when they are merely trod upon in the wake of the devastation. Now, they too, understand the pains of mourning. Leave the Crypt Alone: Joe was starting to calm down a bit and his mind started to drift away into the darkness of slumber. He thought he may have heard a tap on his window and it pulled him back into consciousness a bit. However, the tap was a little louder this time and it roused him. He knew he heard what he heard but he was up on the second floor of his house. Without moving, he let only his eyes roll around when this time, he heard and watched the twig bounce off the glass of his bedroom window. 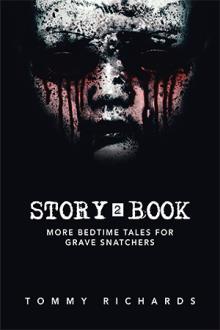 When the Night Falls-A graphic look into the tortured mind of Jerry as he gives us a play-by-play account of the war waged upon all mankind by Satan and his army. Why is it happening? With guidance from Artimus the Giant, Ezekiel the Wizard and the British army, find out if the world will be subjected to Satan’s minions for all eternity. Tonight’s the Night for Poor ‘ol Fred: A short story about Fred and his quest to find his dream girl. Will Debbie be the one? A Better Breed of People: Billy Van Zant, a cab driver, who was pulled over and then tortured by a few bad cops. When he decides to take matter into his own hands ,find out how he plans to execute his revenge. Will he be successful? The Aftermath: A novel about Brook Shore Island, a melting pot and a vacation spot for tourists. A place where race riots and police corruption are allowed to go unchecked. But then a hurricane rips through and unleashes a spell over the island. When the dead rise, will our survivors overcome their prejudices? Or will their hatred for one another stand in the way of their own survival. Leave the Crypt Alone: Darling Joseph is the ultimate prankster and his poor neighbors are at his mercy. But did he finally go too far this time?

Tommy Richards, a horror junkie and zombie lover, is finally taking a stab at scaring the world with his creations. Since he grew up reading horror comics and Stephen King books, he now feels it is time to unleash the mayhem. Enter if you dare!