The Road to Rochelle 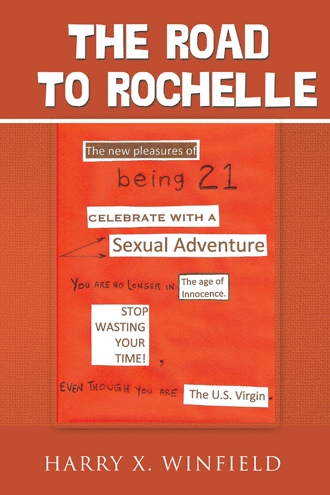 Through the urging of a long-time best friend and fraternity brother, whose advice could not be ignored, a retired mechanical engineer endured eleven months of diligently focusing on task. By April of 2013, the elderly engineer had completed his project—the submission of his memoirs to an author. As a happy husband of thirty-five years and soon-to-be grandfather, the choice of a writer of the elder engineer’s novel had been a beautiful young female professor. Even with two novels published, she was a nervous risk. Her father was a long-time acquaintance of the retired engineer and also a sitting circuit judge. Motivation for the retired engineer’s writing had been provided within a list of goals promised to himself decades earlier. Although having been occasionally prompted throughout his lifetime, the elderly engineer’s final motivation to tell the world of his past was provided by the rediscovery of one of the five woman he had ever truly loved. The details of the engineer’s memoirs required inclusion and complications within the intimacies of the engineer’s complex premarital-sex life.

Harry X. Winfield is a retired mechanical engineer, born in April of 1947. On March 2, 1952, Harry’s older brother was involved in a traumatic ski accident. Following his brother’s lengthy coma, the four-year-old younger brother’s memorable rearing years were in tandem with a brain-injured older brother with an unreachable full recuperation. His early years were as a normal child returning home from school to an educated mother with the added aspect of an ambulatory brain-injured older brother. Unhindered with first baseball glove and three years as Little League lead-off hitter, his first major life accomplishment was reaching the rank of Eagle Scout. Henceforth, he attempted to live as normal a life as possible with achievement motivations to be above the norm. Over his lifetime, he chronologically paralleled the classifications of high school class president, sportsmanship recipient, championship water-ski club founder, uncle, college fraternity president, design engineer, bogey golfer, husband, divorcee, remarried husband, father, solar energy engineer, energy auditor, hardware-store clerk, engineering manager, booster club president, booster of the year, writer, and (most importantly) grandfather. Harry earned his mechanical engineering bachelor of science degree in 1970. He wrote his life goals list on August 4, 1976, and finally began to reveal his perplexing lifetime secret in the year 2000. The consequences of his 2011 disclosure to an impactful female influenced his life beyond what he had imagined. Besides his release of emotion, Harry has profound interests in energy, the United States Senate, and nearly all types of railroads.