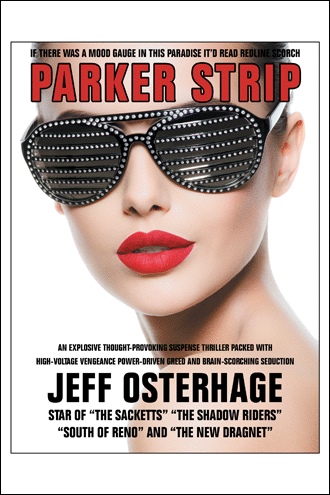 Jeff Osterhage is an actor best known for his starring roles in the Louis L'Amour classic Western films “The Sacketts” and “The Shadow Riders.” He also starred in the films “South of Reno,” “Taken by Force,” and Edgar Allan Poe’s “Masque of the Red Death” among many others. Plus he played the lead role in the Universal Studios series “The New Dragnet” for fifty-two episodes. He’s been submitted to the Academy of Television Arts and Sciences for an Emmy nomination and is honored in the Oklahoma City Cowboy Hall of Fame for his many performances. He’s the author of a dozen screenplays and is an accomplished drummer, sculptor, and painter published in “Actors as Artists.”