Hell Is the Night 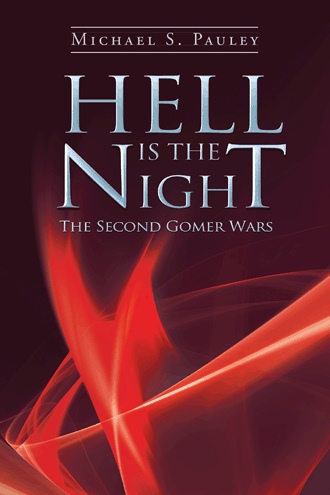 North of the Main Channel of the Savannah River near Hilton Head Island:

Captain Brian Harris was a third generation Shrimper. A hard drinking old man of 59 years of age, Brian was rather squat in frame, and even shorter in temperament. He and his boat, the Anna Marvel, were still plying the same waters as his Father and Grandfather before him. Despite the Gomer invasion almost three years ago, he refused to find somewhere else to go, even though there was now only marginal fishing. Up early in the morning and fishing until very late in the evening, the numbers for his daily catch were now much harder to maintain. To add insult to his injury, the wreckage from the earlier Gomer battles around the mouth of the Savannah River made navigation even more treacherous than ever. His nets were almost constantly being caught on something, and occasionally something nasty would get caught up in the nets that, when hauled to the surface, would scare the hell out of both him and his crewmen. Still, his frustration was tempered by the thought that at least he had survived, which is more than he could say from many of the people he knew from before the war. It was his connection with these waters that drew him back and held him now as he tried to earn a modest living. These days, he was just lucky to make enough money to keep the crew paid and the old boat running.

The thought of the “before” would always haunt him. He still had a hard time shaking the fact that he had been out fishing when the Gomers first hit, and was so drunk the first few nights that he missed the initial invasion as it had passed over his head. When he finally sailed back into his home port at Lazaretto Creek, it was only to find a deserted marina completely devoid of all humanity. His family and almost everyone he ever knew were simply gone. He and his crew of two other men were all that was left, and they hid and stayed drunk until a bunch of Marines showed up to move into Fort Pulaski. It was from them that he finally learned what was going on, and it was from them that he learned to stay hidden during the night and to keep his power and radio off. It was after the first night of the battle near the River that he decided that they should probably go back to sea and head somewhere to just hide out. After making that
monumental decision, both he and his crew remained gone until they finally got word that the war had ended. Even that was pure luck, since he heard about it from a Coast Guard Cutter that had intercepted them while they were trying to find fuel near St. Simon Island.

Now here he was, almost three years later, still trying to make a living by catching shrimp. It wasn’t easy, because now he was going further out from the shore, burning more fuel, and hoping not to get his nets ruined from dragging over the Gomers’ wreckage stuck in the muddy bottom. They had left the dock around 2:30 a.m. and were making their way out to sea, when he noticed something that just didn’t look right with the horizon. Usually at this hour, as they were clearing the river’s entrance and turning north to run up the coast of Hilton Head Island, the view of the stars was magnificent. As he peered into the darkness, he could see nothing. There were stars overhead, but absolutely nothing out to the southeast of his position except total blackness. He was puzzled, since the weather report had been for “severe clear.” No clouds, no bad weather, yet here he was looking to the east and southeast into an abyss of nothingness.

Confused by it all, he called down to the Mate, and asked him to look out ahead to see if there was something that might be ahead of the boat. “Hey, Crank, do you see anything at all?”

“Something just don’t seem right. Does it seem like fog or something blocking the stars?”

“No. It looks clear, but like a line of dark down lower.”

As he and the Mate looked south and north, there were no obstructions to their vision and up higher, the stars shimmered against the night sky. Then the Captain noticed that he was seeing more beach than usual, and he again turned back to the Mate to get him to confirm that the water line was receding. It was then they noticed that the total blackness was now extending much further upwards into the night sky. To the southeast and off towards the east, there were more missing stars, and when they looked back towards the beach, the water level was dropping dramatically against the shoreline. Then suddenly the Anna Marvel was scraping the bottom near the main channel along the coast and, as it finally dawned on the Captain what was happening, there was nothing he could do but watch. He asked himself, “what in the hell could cause a wave like this here?” Within seconds of his asking the question, the giant wave that extended at least 350 feet into the air came crashing down on him, destroying the Anna Marvel and her entire crew. 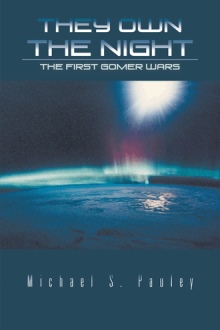 They’re back! As General Patrick would quickly learn, the evil lurking in the night skies appears not only to be back, but this time something is different and far more sinister. Are these new Gomers here to make peace or to conquer? Is this a new war or merely a continuation of the last one? Did this enemy learn from past mistakes, or is the world now dealing with a new threat? As the Gomer saga continues, the world is facing a newer and far more insidious threat than ever before, and it can only be hoped that we made good use of the few years since the last war.

What is certain is that the Gomers now attacking our world are far smarter, and far more ruthless, than anything mankind ever faced before. This new hell exploding in the night must be stopped! But how? As in the first Gomer War, it falls to both General Patrick and President Blanchard to form allegiances around the world, and to amass the necessary and surviving technology to face this new threat. This isn’t a coalition of the willing, but instead a massing of all mankind on a scale unforeseen, even during the last Gomer attacks. Mankind is being forced to fight a desperate battle to the death, and like the last war, this time there can be no second place. For the participants in this war, the hell in the night must be stopped without remorse or mercy.

Praise for They Own the Night, The First Gomer Wars:

They Own the Night is an all-around good ride. ...readers of hard sci-fi will
appreciate it at every level... Meticulously planned and structured, it is clearly the work of an author who thoroughly understands the subject matter.
ForeWord Reviews Clarion Review

If you like a neat shot of military SF...this book will be hard to put down.
blue ink

...this brawny procedural of interplanetary warfare will earn its stars and stripes...
Kirkus Reviews