They Own the Night 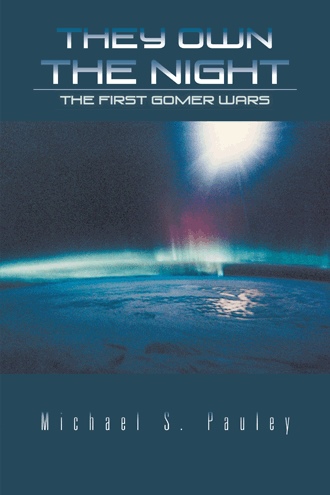 Chapter I. It began as a mere pin prick of light in a part of the sky that is normally reserved for the deep infinite darkness of space. With each succeeding evening, this pin prick gradually grew in intensity until it equaled the glow of a distant star. At first it drew absolutely no attention from anyone, to include the banks of telescopes and satellites that look outward into the heavens searching for the objects that could well have the earth in its sights. Instead, it would be an old retired astronomer who would finally point out this new anomaly. As the old man gazed through his backyard telescope, he noticed that not only was the light growing in intensity, it appeared to be wavering on its track. Assuming he’d discovered a new phenomenon worthy of reporting, he contacted several of his old friends at NASA. Shocked and amazed, they then pointed all of their resources towards this new object that was now clearly hurtling towards us. Unfortunately, their efforts would be too little, and far too late, for us to avoid the inevitable events that would change our lives, and the lives of our children, for generations to come. When the news broke, it was just another little blurb, something hidden in the SciTech portions of various news outlets on the internet. For most, it was just another newly discovered anomaly in our skies which, while interesting, was not something so unheard of to spark any foreboding or even significant interest. As a society, we were far too busy following our social media, the endless reality TV shows, and the 24/7 news cycles about the various wars and conflicts that always seem to circle our globe. It would seem that very few of us were interested enough to peer into the dark void, or even show any curiosity about what was coming. This oddly shaped light with the wobbling track was just one more light in the night sky. How could it compete with whether a star wore a certain bathing suit as she frolicked nearly nude on the beaches of the Riviera, or with the latest marriage or divorce of another celebrity? No, we knew we were the masters of our universe and, therefore, life was simple and devoid of any threat beyond what we already knew about. As with most things, we were wrong. The first real sign of trouble came when the light appeared to grow significantly in size to the few of us who chose to be observers. I can recall standing out on my back deck, sipping a scotch and gazing into the sky, wondering at the power of the universe. Being somewhat curious, I was looking into the portion of the sky mentioned in an online article, with the hope of being able to see this marvel of science. As I looked up, I would watch the light and ponder what it could mean. I noticed that the intensity of the light seemed to change, and there was just a slightly ominous cast to it. For some reason, that to this day I can’t explain, my observations triggered a small feeling of concern or sense of foreboding. Assuming it was just paranoia, I made it a point to start watching this thing every evening. That first night, it was just the size of a small star at a great distance, but I began to notice that over the next several days, it seemed to be growing. While it grew is size, I would stand on my deck, sipping my scotch, and just marvel at the show as this thing would almost “wink” at me in the dark sky. That last evening, as the world slipped from its blissful ignorance into stark terror, I specifically recall that the light was so eerie looking that I hollered for my bride to come see “this damn thing”. It was much larger in the sky and had a rather odd color to it. While reflected light is one thing, this object seemed to be emitting its own color. As we both watched, it appeared to almost change direction, as if it were being manipulated by some unknown force, and then return to the original course. We both looked at each other in an attempt to confirm what we had just witnessed. Looking back on it, we were completely mesmerized by what we were seeing and hardly noticed the incessant ringing of my cell phone. “Sir, they have activated the COG plan, and you are to get your family prepared to move within the next four hours, less if you can swing it.” I responded that I couldn’t believe it. “The Continuity of Government Plan? Really?” The duty officer said “Yes, sir,” and then continued, “Sir, we are sending you a car, driver, and a force protection level IV security detail. Just pack light. Space is at a premium.” Then, almost as an afterthought, he said, “OH, and the Chairman said for you to immediately deactivate your locator and keep your personal weapon handy. I’m also to tell you that you are to be prepared to assume command of NORTHCOM, once we can get you evacuated to their headquarters.” He then added a sobering comment, “Sir, we aren’t sure of any details, but it looks as though there is something VERY weird going on in Washington. We’ve already lost track of most of our key personnel, and the Chairman is going nuts trying to raise anyone at the Pentagon or anywhere else in Washington. It is like they just disappeared off the planet!” 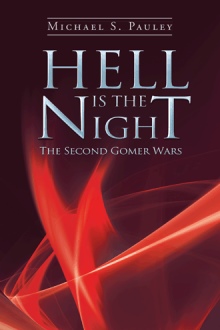 The Aliens’ initial attacks were precise and devastating. Traversing the planet under the cover of darkness, they eliminated most of the Worlds’ leaders and crippled their militaries all in one night. The horrific assaults continued unchecked as the thousands of alien craft circled the globe like locust, killing anyone in their path. For those who saw their methods and survived, it was clear that the invaders wanted to do one thing, remove all human life from the planet. Our only recourse was to rely on the Continuity of Government plan, and the people with the background to try and maintain a working government. The surviving leadership would do all they could to try and put things back together and to preserve what they could, but would preservation be enough? After a harrowing escape from the initial Alien attack, with his wife and only a part of his family, it was a different world for Lieutenant General, Michael Patrick, United States Army Reserve. No longer would he be just a small town lawyer, or a tired washed-up former special operator and relic of the Cold War. Now it would fall to General Patrick to piece together the military forces that would stop the onslaught. Together with other old soldiers and the survivors of the various armies and navies from around the globe, they would pull themselves together as a fighting force. Their one thought, their one mission, was not just to preserve life, but to take back the night.

Michael S. Pauley is a Navy brat and an old soldier who served in all three components of the United States Army. Living in Lexington, South Carolina, Michael is now a practicing attorney and member of the United States Naval Institute and the American Legion, Post 154, Tybee Island, Georgia.