Their Families and the World 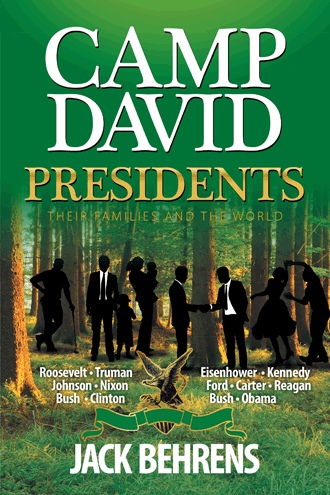 Franklin D. Roosevelt Chapter 1 If Franklin D. Roosevelt would have had his way, he would have been cruising the waters around Washington DC in his yacht, the Potomac, even after World War II started. He didn’t necessarily see himself as a target of the axis powers. His aides were increasingly concerned that he didn’t recognize the danger. They worried about his safety and his nonchalance. In March, 1942, security people around the president told the National Park Service to find a land site “reasonably close to the Washington area for use as a presidential retreat.” The Navy was also very alert to the danger that the Potomac could no longer traverse even in the gentle coastal waters where US shore lights were visible. The threat of German U-boats was very real. There was speculation that German admirals were very aware of FDR’s movements within the United States and coastal passage ways. The Chronicle of 20th Century reported US ships were being attacked on both coasts and the country didn’t have enough warships to patrol the miles of open water. In September, 1941, a German sub damaged the USS Green off Iceland. Later the same month, the USS Kearney lost 11 seamen when it survived a torpedo explosion and, days later, on a bloody Halloween, U-boats attacked and sank the battleship USS Reuben James, leaving 76 dead or missing. Just a few months later, Americans in Santa Barbara, CA, saw the coming war up close and personal when a Japanese sub surfaced and attacked the coastal city and shelled a nearby oil refinery. Intercepts told both Germany and Japan that American munitions stockpile was low and its military capability was marginally adequate. At the same time, Roosevelt aides were realizing the commander in chief was noticeably weaker and showing the strain of endless meetings and mobilization planning. The pressure of potential world conflict was affecting FDR. His doctors worried about the coming summer months in oppressive Washington heat and humidity. Could an exhausted president suffering from paralysis and other serious illnesses handle the decision making? Consequently, the Park Service established criteria for making a land site available for a presidential retreat including elevation requirements to ensure coolness, as well as, careful plans for security. Roosevelt was reluctant to give up his yacht, the Potomac, because of delightful memories of day cruises, evening cocktails, and leisurely conversation with an entourage of guests and his love of the water. The Potomac was the 6th vessel designated by the government for presidential use. It was a refurbished patrol boat used by the tiny US Coast Guard at the time. It was turned into a “floating White House” to permit the president to get the relief and rest he needed to relieve his sinus and asthma. There was another plus, too. He loved to fish and the boat allowed him the luxury of taking a weekend to return to his favorite fishing holes along the coast. To put it in service, ship’s carpenters and mechanics built a small bunk cabin with an adjoining bathroom and sleeping basket for his constant companion Fala. The ship also had a saloon with a large table for dinner parties and a presidential bathtub that FDR designed himself. While certainly not luxurious to yacht owners today, it was very functional for a handicapped president and his pet. To get to either deck, an electric pulley was installed to serve as an elevator in a false smokestack to lift Roosevelt and permit him to get around the yacht. Roosevelt, however, preferred to use a rope pulley. He felt he needed the exercise to strengthen his upper body. The selection of Civilian Conservation Corps Camp #3 was created by the Park Service in cooperation with the president and his staff. The CCC, which came from the president’s New Deal team, has reminders of its work throughout the US with stadiums, public libraries, public schools and municipal buildings still standing and in use. The camp was one of three the team examined in an accelerated search along the east coast relatively close to the capital. The choices quickly narrowed to; Furnace Mountain on the Virginia side of the Potomac River below Harper’s Ferry; the Shenandoah National Park, VA and the Catoctin Recreational Demonstration Area near Thurmont, MD. The final site was actually one of two camps; #3 and #4. Number four was later dropped because it hadn’t been developed beyond cutting roads into the rugged terrain. Hi-Catoctin, as Camp #3 was first called, was to be a camp for federal government agents and their families by the WPA in 1935. It opened in 1938 originally to be used by federal government agents and their families under the guidance of the WPA. In 1942 President Roosevelt converted it to a retreat. The use of a CCC camp and WPA workers were other bonuses for the government. The work force didn’t just clear the land and do unskilled work, but was a talented group of craftsmen. They built virtually everything at Shangri-La. Shop workers fashioned ironware and hinges for gates, doors, lighting fixtures, tables and window frames. Dams and lakes were considered impractical so workers built concrete swimming pools with modern recirculation plants to use water from nearby streams. Said Anne Cissel in her interesting book, Thurmont Scrapbook, the mountain was considered a recreational treasure. “In 1954, about half of the approximately 10,000 acres was transferred to and became Cunningham Falls State Park. The remaining acreage .Three (camps) ---Misty Mount, Greentop, and Camp Hi-Catoctin---were built; but construction never began on the fourth. One of the camps, Hi-Catoctin was to serve the families of federal employees, but became the private retreat of the President of the United States and closed to the public. Camp Round Meadow was built by and for the WPA as a base camp. It was later used as a group camp. Buildings were added in the ‘60s by the Job Corps. In the ‘70s, the camp became a seasonal folk culture center.” 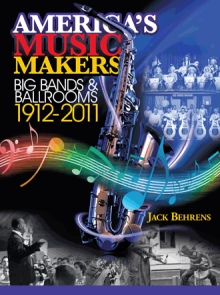 Camp David Presidents - Their Families and the World describes in non-sensational prose why Camp David is shrouded in secrecy, and why you can’t go there. From its early beginnings as a CCC camp renamed Shangri-La by FDR to its current status as a favorite Presidential retreat, Jack Behrens takes the reader on a journey through the camp’s history and explores each President’s time at the camp.

A nationally known award-winning columnist with the Associated Press and a number of newspapers, Jack has written 21 books including a 1976 best seller Typewriter Guerillas (Nelson Hall). He collaborated with Roots author Alex Haley on a magazine writing textbook and joined Tom Clancy and James Michener in discussions about writing in classes from the Far East to Central New York. Over his 55 years of editorial work, he wrote more than 15,000 articles for such periodicals as Harvard’s Nieman Reports, Writer’s Digest, Mankind, National Observer, Business Journal and hundreds of others. He was a correspondent for Pacific Stars & Stripes in 1957-58.