THE INTIMATE LIVES OF GAY MEN PAST AND PRESENT 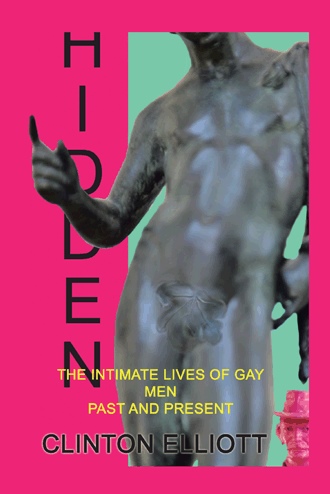 August, Duke of Saxe-Gotha and Altenburg 1772-1822 The grandfather of Queen Victoria’s Prince Albert (and four-times-great grandfather of both Queen Elizabeth II and Prince Philip), Duke August ruled a tiny duchy near Weimar. The court painter Louise Seidler knew him well. “The greatest original of his age had a handsome figure. Something lady-like there was in his appearance; the well-manicured hands and feet were especially fine…. He tended to be grand and far-fetched in everything he did.… Usually he wore a very light blond, curled wig in the Titus mode, made for him in Paris.… The Duke’s fingers excepting his thumbs bristled with expensive rings, and his arms with bracelets and bangles. He was very much interested in women’s clothes, which he appraised with the eye of a connoisseur.” Nor did he scruple to wear them. “His Excellency,” another witness wrote, “appeared at breakfast in full woman’s regalia, with a morning bonnet, mantilla, and lace collar and sleeves.… When one of the ladies who was present cast a glance lower down, the Duke warned her of the risk of not being content with the beauties of Melusine’s higher regions.” Goethe, a confidant of the Duke’s father on the subject of the love that dares not speak its name, found the son “pleasing and repellent at the same time.” In the Duke’s rococo novel, A Year in Arcadia (1805), boy-girl and boy-boy lovers tumble across the page in a riot of purple prose. One of the earliest homoerotic novels to have appeared in Germany, this precursor of Ronald Firbank’s novels was reprinted (in English) in 1999. Harmen Meyndertsz Van den Bogaert c.1612-1647 This thirty-five-year-old barber-surgeon of New Amsterdam came to grief when he fell through the ice and drowned in the Hudson River north of Albany during the winter of 1647-48 fleeing from a charge of sodomy. As a young man of twenty-two in 1634 he was commissioned by the local Dutch government to lead an expedition into the wilderness to establish trading rights with the Mohawk Indians. His account of the adventure, A Journey into Mohawk and Oneida Country, has been translated into English and published (1988). Van den Bogaert, two Dutch companions and five Indian guides set off in mid-winter suffering great hardships. The Indian guides tried to slip away and when that failed, their dogs ate up the whole store of meat and cheese. The mission, nevertheless, was successful, trading rights were established, and the Indians provided the three Dutchmen with a house, presents, bear meat, and perhaps more. Van den Bogaert’s little Indian dictionary includes Mohawk words for prostitute, vagina, phallus, testicles and sexual intercourse. Back in New Amsterdam he married, had three or four children, bought an interest in a frigate, La Garce, and was made commissary of stores in both New Amsterdam and Fort Orange (now Albany). It was at Fort Orange that van den Bogaert was caught in flagrante delicto sodomizing (apparently consensually) his young black servant (some say slave) Tobias. They were both imprisoned, both escaped, but five days later Tobias was captured and van den Bogaert found refuge with the Indians he knew so well. A posse from Rensselaerwyck tracked him down and cornered him in an Indian longhouse which, perhaps in a panic, he burned to the ground. Escaping again he made for the Hudson River where his luck finally failed him and he met his fate as recounted above.

A charming, witty and wide-ranging collection of brief biographies of closeted gay men in modern and early modern history, Hidden: The Intimate Lives of Gay Men Past and Present includes colorful snapshots of such well-known men as Horatio Alger, Thomas Eakins, King Edward II, Alfred C. Kinsey, and Siegfried Wagner. Readers will find joy and sorrow and pleasure and pain in these 400 biographies of men who were forced to live hidden lives. All were caught in the tension between the torment of secrecy and the calamity of revelation. How did they manage their difficult lives? How indeed did they survive? One who did was James Brooke. He turned his inheritance into a 142 ton schooner, sailed for the East Indies, seized the northern part of Borneo and proclaimed himself Rajah of Sarawak. Among those who did not survive was Jan Quisthout Van der Linde, a soldier in New Amsterdam (not yet New York). He was stripped of his arms, his sword broken at his feet. He was then tied in a sack, thrown into the Hudson River and drowned until dead. While illuminating individuals, the book also provides rich cultural and historical content, including the trial of those over-the-top transvestites Ernest Boulton ‘Stella of the Strand’ and Frederick ‘Fanny’ Park; and a delightful description of the 5th Marquess of Anglesey as he parades along the boulevards of Paris rouged, powdered and perfumed, cradling an equally perfumed poodle festooned with pink ribbons. Written in clear, concise, and lively prose, Hidden offers a substantive and extensive look at men who lived their lives in conflict with their sexuality.

Clinton Elliott was born in New York City, attended Westminster School in Simsbury, Conn., and studied music at Yale University. He served in the U.S. Navy on a submarine chaser in the Pacific at the close of World War II. He graduated from Yale in 1949 and continued his studies in music composition in France with Nadia Boulanger and at Columbia University where he received an M.A. Elliott wrote numerous scores for documentary films for CBS and ABC, including Mr. Dickens of London, Hall of Kings and Rachel Carson’s The Sea Around Us. He also wrote for the pioneering television series Twentieth Century and Omnibus. His many choral pieces have been published by MCA and other publishing houses. He lives in the Berkshire Hills in Massachusetts and the Florida Keys.