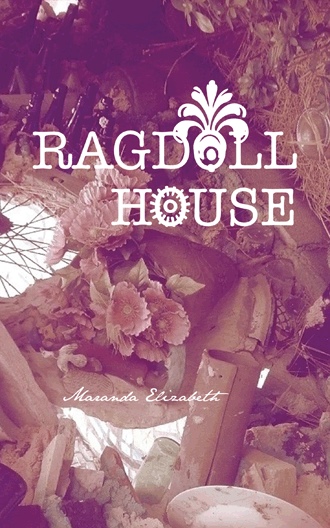 TRAINWRECK BRIDGE Staring out the window, I watched as the setting sun turned the horizon into cloudy waves of orange, peach, and pink, like melting sorbet. I heard the floors creaking behind me and turned around as Maria came into the livingroom with a bottle of wine in her hands. “Asking you to move in with me was the best decision I’ve made in a long time,” she said. “Let’s say we down this bottle on Trainwreck Bridge and celebrate the coming together of two of this town’s finest gals.” “I’m in.” Once a terrifying thing, the bridge had been fixed up over the years and was no longer the danger it used to be. Trains used to run through town, but the route had been altered long before Maria and I were born, so we never got to see the trains, just the empty tracks that remained. The coal-ridden tracks had steel nails holding them together, and those nails could still be found hiding amongst the dirt and overgrown weeds, old and rusty. I’d been warned not to touch them when I was a kid, not to go on the bridge at all, but I always went there anyway. The heavy wooden planks were spaced far enough apart to scare me back then, but not enough to keep me off the bridge, even if I was afraid of my feet slipping through the cracks and falling to my death in the river below. It was such an adventure when I was a kid, playing on that bridge and keeping it secret from my mom, trying to stay out of trouble. A lot of kids played on the bridge, sometimes even diving off, but I never had the guts to go that far. For me, it took a lot of courage just to walk from one end to the other, and of course once I got to the other side, I had to take a deep breath and do it all over again, find my way back. Now Trainwreck Bridge, a name that had caught on so swiftly many thought it was the official name, had been restructured for safety and aesthetic reasons, and although I found it less appealing and lacking in its original vintage charm, it was still a beautiful place. The boards weren’t dangerous anymore. They’d been covered with newer boards, the gaps filled in, and a fence had been built preventing anyone from falling or jumping off, but it was still easy to climb over if you dared. So much past graffiti had been hidden, but it had been gathering again over the years. The old, faded graffiti was intriguing. Someone had tagged their name in neon green in 1982, and I wondered what they were up to now. Had they fallen in love? Were they still in town? Were they happy? Did they remember vandalizing the bridge all those years ago? Did they ever walk across the bridge and see their name? Most of the spraypaint was on the concrete below, a kaleidoscope of colours and fonts and doodles, holding up the bridge above the water. “I used to play on the bridge, too,” Maria said. “Weird how we never met.” Milthorpe was so small, it really was kind of unbelievable that we could grow up in the same neighbourhood and not know one another. We wondered aloud if perhaps we had hung out once or twice, but didn’t remember. But Maria was a couple years older than me, and we went to different schools. Back then, that was like living on a different planet. Maria opened the bottle and we passed it back and forth. It was cheap white wine, as usual. She carved her name into the bridge alongside many others. “If this is the only way I can leave my mark on this town,” she said, “then I will.” She passed me a pocketknife, which she carried in her purse, and I carved my name into the bridge as well, admiring the sharpness of the blade, the red handle the shade of fresh blood. And I wondered the same things about myself as I’d wondered about whoever left the neon green tag: Would I fall in love? Would I stay in town? Would I be happy? Would I remember this night as I approached middle-age? It was too immense to think about. I folded the pocketknife and handed it back to Maria. As the knife was passed from one hand to another, my eyes were drawn to a red heart tattooed on Maria’s wrist. I imagined the stories that might be behind it, but didn’t ask.

Ragdoll House is the story of two girls who must decide if their hometown is still their home. Ruby, a shy sometimes-writer, meets Maria, a femme dyke with a painful past, when she responds to a roommate wanted ad. Exploring girl-friendship and survival as queer, weird girls in a small town, they share an apartment that once functioned as a home for lost girls. As they struggle with their own secrets and losses, Ruby and Maria rely on coffee, booze, and each other, to learn about jealousy, support, and letting go.

Maranda Elizabeth has been writing since birth and self-publishing for over a decade. They recently published a zine anthology, 'Telegram: A Collection of 27 Issues', and have toured throughout Canada and the U.S. Maranda’s writing has been influenced by growing up with riot grrrl and punk, living in a small town, being a proud misfit, and constantly seeking magical friendships and creative adventures. They identify as feminist, genderqueer, crazy, and weird. Maranda grew up in Lindsay, Ontario and is currently living in Toronto. 'Ragdoll House' is their first novel. Visit them at marandaelizabeth.com.