Where Faith and Emotional Intelligence Intersect 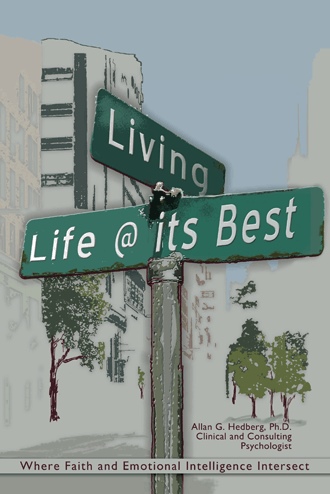 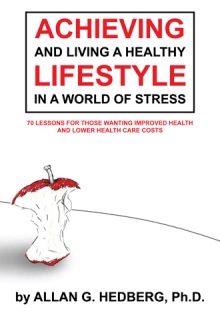 ACHIEVING AND LIVING A HEALTHY LIFESTYLE IN A WORLD OF STRESS
ALLAN G. HEDBERG, Ph.D.
$20.00

Over the past 25 years of psychological research, emotional intelligence has been shown to play a crucial role in our relationships, productivity, performance, job satisfaction, and a lifestyle based on faith. Essentially, emotional intelligence is the basis of positive productivity, educational achievement, interpersonally engagement and focused faith. Emotional intelligence is associated with confidence, diligence, and self-respect. It is the foundation to calmness, flexibility, hope, and sustained attention when work place and family life crises hit and panic threatens to set in. Faith is the belief in a person much greater than oneself that is influencing the events of history and the life experiences of each individual. Personal faith is the decisive act of placing one’s confidence and very life in the hands of a personal God who cares and lives within those who have placed their trust in him. He is the essence of what one would hope for and the essence of things unseen. Faith is living beyond the here and now and with a view of life’s purpose and meaning into the future…eternity. Emotional intelligence and faith intersect when a person acts in faith and trusts the living God for wisdom when confronting a real life event, problem, or situation. Such events are faced with an expectation of positive resolve because God is in it and cares about the outcome and those involved in it. It is ultimately taking on a significant event that would fail if God were not in it. Quite simply, emotional intelligence is a set of competencies that enhance a person’s ability to relate positively to others in a wide variety of settings. It is being interpersonally smart and effective.

Allan G. Hedberg, Ph.D. received his doctorate in Clinical Psychology from Queen’s University, Kingston, Ontario, in 1969. He has served in private practice as a Clinical and Consulting Psychologist in Fresno since 1974. He was the founding director of Avante Health, a mental health care provider system offering EAP, Fee-for-Service and HMO mental health services to businesses and governmental agencies in California. He served as President of the California Psychological Association in 1991. Dr. Hedberg has extensively published including six books and over 80 articles. He has lectured internationally on topics such as depression, marriage enrichment, addiction, the aging brain, leadership, and emotional intelligence. He has taught at several universities over his career, such as Wheaton College, Baylor University, and Trinity Western University. He maintains an active consulting practice to hospitals, schools, businesses, and various social and health organizations. Dr. Hedberg is often interviewed on radio and television regarding the psychological implications of current events. He has served on many boards including the Board of Governors of Trinity Western University, and served as its Chairman for five years. He currently sits on the boards of Avante Health and Avante Behavioral Health. He teaches an adult Sunday School class in his church. Dr. Hedberg and his wife, Bernice, reside in Fresno, California. Their three adult children, Carrie, Darcie and Ethan, and their spouses, are active in their own respective professions, churches and communities. They have eight “joyful” grandchildren, Amanda, Micah, Linnea, Johanna, David, Birgitta, Charis, and Elias.