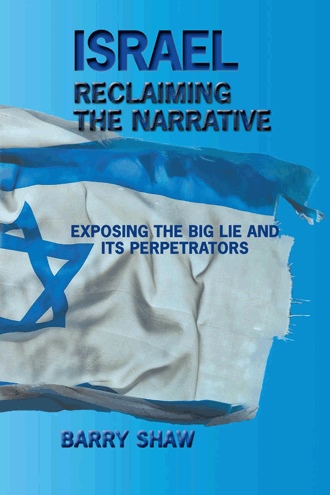 IF YOU’RE GOING TO BOYCOTT ISRAEL – DO IT PROPERLY!

OK. I understand that you have an issue with Israel and you are in love with the Palestinians.
That’s OK, but I understand that, because of this, you want to boycott Israel?
As an Israeli I’ll be sorry to miss you but, if you are going to do it, do it properly.
It’s easy to tell people to picket stores selling Israeli products, but don’t you think you ought to set a personal example?
Don’t you think it’s wrong for you to be telling others to stop using Israeli products when you yourself are using them? That would be hypocritical, don’t you think?
So look around you. Let’s see what you have. Together, we can make sure you are holding true to your cause.
I had thought of sending you this letter by email but that would have compromised your principles and we wouldn’t want to do that, would we?
Most Windows operating systems were developed by Microsoft-Israel. The Pentium NMX chip technology was designed by Intel in Israel. Both the Pentium microprocessor and the Centrium processor were entirely designed, developed, and produced in Israel.

Voice mail technology was developed in Israel. The technology for AOL’s Instant Messenger ICQ was developed in 1996 by four Israeli whiz kids. That, I guess, cuts out all your voice and text messaging to me and your friends and supporters.
Both Microsoft and Cisco built their only R&D facilities outside the United-States in Israel.
So, sorry! You have to throw away your computer.
Your bad news does not end there. Get rid of your cellular phone! Cell phone technology was also developed in Israel by Motorola. Motorola has its biggest development centre in Israel. Most of the latest technology in your mobile phone was developed by Israeli scientists and technicians.
If you are thinking of selling your computer and IPhone on eBay, forget it! Their shopping technology is Israeli. Deal Time.com was founded in Israel in 1998 by Dr.Nahum Sharfman and Amir Ashkenazi. It became Shopping.com and was acquired by eBay in 2005. Since then it operates the Pay Pal payment system.
So now you are computerless, and unable to communicate by mobile phone. Pity!
You will miss the new Altair chipset that is at the heart of the 4g cellular revolution. It will enable people to do things you can do at home on your IPhone such as play interactive games, download mp3 and video files. You’ll miss it, but that shouldn’t bother you because Altair is an Israeli company.
By the way, I know you stored your data in your diskonkey. I have to take it off you. Yes, you’ve guessed it. Diskonkey is an Israeli invention.
Feeling unsettled, nervous of your future? You should be. Part of your personal security rests with Israeli inventiveness. This is borne out of our urgent need to protect and defend our lives against the terrorists that you support. A phone can remotely activate a terrorist’s bomb, or it can be used for tactical communications by terrorists, bank robbers, or hostage takers. It is vital that official security and law enforcement authorities have access to cellular jamming and detection solutions. This is where Israel’s network communications technologies, with its security expertise, helps in the fight against global terror.
Not feeling secure? Sorry to hear that your health is breaking down. However, before you reach out for your pills, watch out! All the generic brands for your heartburn derive from Israeli laboratories. In fact, check the labels in your medicine cabinet. Make sure you don’t have any tablets, drops, lotions marked Teva, or Abic. They are the Israeli pharmaceutical companies that are world leaders in prescription drugs.
It may mean you will suffer from colds and flu this winter but, hey, that’s a small price to pay in your personal crusade against Israel, wouldn’t you say?
While we are on the subject of your Israeli boycott, and the medical contributions given to the world Israeli doctors and scientists, how about telling your friends to avoid the following:
An Israeli company has developed a simple blood test that distinguishes between mild and more severe cases of multiple sclerosis. So, if you know of anyone suffering from MS, tell them to ignore the Israeli patent that may, more accurately, diagnose their symptoms. Somehow I think they are going to ignore you.
An Israeli-made devise helps restore the use of paralyzed hands. This device electrically stimulates the hand muscles providing hope to millions of stroke sufferers and victims of spinal injuries some caused by terror attacks by the people you support. If you wish to remove this hope of a better quality of life from these people, go ahead and boycott Israel.
Young children with breathing problems will soon be sleeping more soundly thanks to a new Israeli device called the Child Hood. This innovation replaces the inhalation mask with an improved drug delivery system that provides relief for child and parents. Please tell anxious mothers that they shouldn’t use this device due to your passionate cause.
Boycotts often affect research. A new research centre in Israel hopes to throw light on brain disorders such as depression and Alzheimer’s disease. The Joseph Sangol Neuroscience Centre in the Sheba Medical Centre at Tel Hashomer Hospital aims to bring thousands of scientists and doctors to focus on brain research. But you would prefer depression and Alzheimer’s disease to go unchallenged until they can be cured by non-Israeli scientists and researchers.

Why is this book different from all other books about Israel? All other books tend to defend Israel. ISRAEL RECLAIMING THE NARRATIVE goes on the attack. Why should my country apologize for fighting for its right to exist? ISRAEL RECLAIMING THE NARRATIVE prosecutes Israel's enemies and defamers by exposing their hypocrisy and lies. From boycotters to replacement theologists, the media, leading politicians, a misguided public and, centrally, the Palestinians, are all are subject to scrutiny and found guilty of slander, violence, and abuse of the Jewish nation. The author takes you on a personal journey that allows you to feel the forces and emotions that affect the average Israeli. ISRAEL RECLAIMING THE NARRATIVE calls famous witnesses, past and present, to illustrate the damage that Israel's enemies are inflicting not only on Israel but also on the core values of democratic societies.

BARRY SHAW was the founder of the Netanya Terror Victims Organization after a wave of Palestinian terror attacks hit his hometown of Netanya on the Mediterranean coast of Israel.
These attacks included numerous suicide bombings that forced him to question and research what drove the Palestinian passion for hatred and violence. His research uncovered the ugly truth that it had nothing to do with them having a state alongside the Jewish State of Israel.
Palestinian terror has been accompanied by a global campaign to demonize Israel falsely accusing it of all of the world’s ills. It is all part of a ruthless effort to eliminate Israel by war, terror, or by a delegitimization process.
This has led the author to become the Special Consultant on Delegitimization Issues at the Strategic Dialogue Center of the Netanya Academic College. He initiated the International Conference on Countering the Assaults on Israel’s Legitimacy that took place in Netanya in April 2012.
Barry Shaw writes, blogs, and is a prominent speaker in challenging the misconceptions of the Middle East crisis as it applies to Israel.
He puts down the results of his research, experiences, and thoughts in “ISRAEL RECLAIMING THE NARRATIVE”, a powerful book that places Israel on the moral high ground where it rightly belongs.