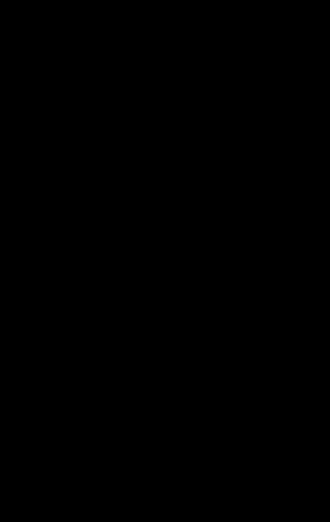 It was the best of times, it was the worst of times. These are familiar words from Dickens. My question for our consideration is: How are our times? Before taking the first step toward answering this, let me emphasize that we must look decades beyond this immediate political cycle. Realistically assessing the nature of one's times has historically required the benefit of hindsight. That no doubt, to some degree, is still true. However, in business, in sport, even in driving a car, real time assessment of your situation can mean the difference between success and failure and even between surviving, or not.

I submit that our times call for a serious effort to realize our situation without the delay of waiting for the perfect clarity of hindsight. Our times are a strange mix of privilege and peril. The privilege part doesn't need much explanation; no matter if you are a newborn or a centenarian, life has never been easier or apparently more secure. I am convinced though, that the vast majority in our society haven't thoughtfully explored the peril part, or begun to make committed decisions toward being part of the solution, not part of the problem.

Join me in doing what I call a 50 year experiment. Let's start by going back 50 years. In 1960 WWII was 15 years into our rearview mirrors. America led the world militarily, economically, technologically, scientifically; you could name almost any field. If you were a typical American family, with the exception of the background threat of the cold war, the future seemed bright well beyond the horizon. Your kids, grandkids, then great-grandkids and on would live in bigger and more luxurious houses, and they'd drive faster and cooler cars. It hadn't entered the public consciousness that there was actually a limit to fossil fuels (or that burning more and more of them would inevitably add up to some kind of slowly developing consequence); everyday folk had no idea that ecosystems, both terrestrial and marine, could be strained to the breaking point.

Now let's go forward 50 years. In 2060 how will things be? Keep in mind that next year the human population will hit 7 billion. Also keep in mind that when my mom was a 10 year old in 1930 and the human population hit 2 billion, no generation of people had ever lived through a doubling of the population. (The 1 billion mark had been reached in 1800.) Now my mom and her generation have lived through well over a tripling of the population. If we don't destroy ourselves first, we're projected to hit 8 billion by the mid 20's, and 9 billion way before 2060. What will that do to competition for basic survival resources?? (Consider energy, water, arable land, food, jobs) And what will it do to already strained ecosystems?

This isn't about despair and gloom, but it is about facing reality and beginning to do something about it. Imagine a doctor consulting with an obese 30 year old who has gained an average of 10 lbs a year since graduating from high school at 180 lbs. The doctor can tell this beer, cigarettes, and football-lovin 300 lb couch potato, If you don't change your ways, you're dead by 40. Now, the doctor has made a prediction, but does it have to come true? What was the first word of his prediction? If. So if the young man does change his ways, the outcome dramatically improves. Ah- ha. If we change our ways, this 50 year experiment also doesn't have to end in the very picture of ugliness.

We each have a natural tendency, an instinct, to be geared toward self-preservation. That is obviously not a bad thing. But when we unconsciously let that morph in the all-too-common me, now mentality of our current society, that spells trouble. We have been all about growing our 401Ks, accumulating toys and luxuries, being hip with style, wanting good Medicaid, Medicare, Social Security, and the world's strongest military, while, oh yeah, wanting low taxes. We have been all about growth, with not a thought to sustainability. We have wanted somebody else, in some place else or in some future time, to pay for our desired lifestyles today. Broadly, we have acted like ecosystems are infinitely stretchable or quickly repairable, or like future generations won't really miss what they never knew. We have pretended that a world of increasing inequity with major regions of poverty, ignorance, and despair will somehow remain a relatively stable world. Far too many of our rich have believed that they somehow deserve their luxuries and don't owe society the same disproportionate generosity in return; far too many of our poor have believed that someone owes them a free ride; and far far too many of all of us have put up with both of these mindsets.

While a bright future for mankind is possible, the grave for modern civilization as a whole is unfortunately also a distinct possibility. What keeps so many in our society from getting serious about the challenges of our time, and beginning to choose to be part of the solution? No doubt there are a variety of things: ignorance, by circumstance, but also by choice; simple preoccupation; our tendency to believe what we're most comfortable believing; our tendency to see the problems as too big for me to make a difference; and our belief, conscious or subconscious, that the solution to our natural or man-made problems is, in the end, supernatural. All of these lead to a failure to think, to analyze evidence, to reevaluate beliefs, to change our minds when it's called for, to choose and act differently, to get way past the me, now mentality, and to recognize that we do owe a decent, stable, and enjoyable world (ecologically, sociologically, and economically) to future generations.

My friends, we are all in this boat together. We share the only habitable planet we know of one ocean, one atmosphere. We have to get beyond thinking of our individual freedoms in the good ole American way. We need to remember that the founding fathers wrote into the preamble to our Constitution that part of the very purpose to this new government was to promote the general welfare. Of course they weren't speaking of welfare checks, but they certainly were saying that we need to keep in mind what accomplishes the broader good, and not be solely preoccupied with me, now. 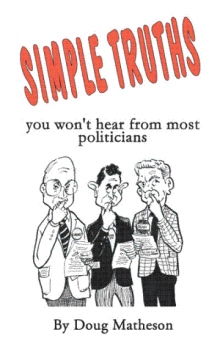 “In ‘actually THINKING vs. just BELIEVING’, Doug Matheson discusses the importance of learning how to think, not just what to think. The failure to do this has huge repercussions. He also calls upon us all, including Christian conservatives, to take seriously humankind’s stewardship of the planet on a practical level, and he asks everyone to take action to correct the sad inequalities of a world in which, in his words, ‘our myopic preoccupation with economic growth and personal accumulation of wealth’ leads us to ignore deterioration of ecosystems at home and around the world, and the growing threat to political stability globally. This book is of value to anyone who believes we can be doing better.”

“This is powerful and will have wide appeal... it’s fresh, challenging, and interesting.”

The above quotes are from Gwyneth Cravens, author of numerous articles published in The New Yorker and Harper’s Magazine, and of several books including, “Power to Save the World: the Truth about Nuclear Energy.”

“actually THINKING” is about our mindsets and our future. It examines our biases, it deals with the real-world politics of terrorism and our foreign policy, and it delves into a variety of internal matters that will ultimately keep us a stable and sustainable nation and culture, or see us fragment and weaken into irrelevance, or even devolve into chaos.

The contrast between believing, based on conscious choice or not, and analytically thinking is the central theme of this book. It points out that we cannot begin to deal realistically with the myriad challenges of our time without first recognizing the influence of our philosophical starting points, and then learning to step beyond the shoes we happen to have grown up in.

Watching the fabric of civilization begin to unravel and the genocide unfold in Rwanda in 1994, Doug Matheson witnessed major societal convulsions. He saw a lesser example of the same in Beirut, Lebanon, in 1980-81. Being present during this type of chaos could be considered a misfortune, but, from a learning perspective, he has turned it into an opportunity.

The process of really learning from life requires at least: careful observation, honest questioning and weighing of evidence, and a willingness to change your mind when warranted. In short, this means being willing to move beyond what you happen to believe. Matheson grew up the child of missionaries with a clearly defined set of beliefs. Learning to question, to analyze, to re-evaluate, to think, to change, to grow, has been a life-long process for him.

Applying the learned habits from his career as a science educator to honestly evaluating humanity’s current circumstances and challenges has led him to cease being a silent citizen. He points out that our times are a strange mix of privilege and peril. In filling what he sees as all of our roles as responsible adults to “leave a decent, stable, and enjoyable world to future generations,” he draws on an unusually diverse life experience.

Besides Lebanon and Rwanda, he has also lived in Canada, India, Singapore, and France. Applying thinking, not just believing, to this breadth of life experience has given him insight into how America is perceived around the world, the mix of distortion and reality behind those perceptions, the results of our actions in the world, and much about the broader human circumstance.

As a no-longer-silent citizen of the United States, he brings the same objective thinking to a number of critical internal political matters. He’s honest, and therefore not always politically correct.