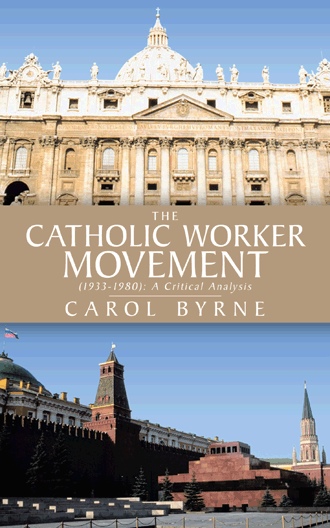 All the evidence shows that Day had a grim fascination for a Socialist way of life. It was not simply a question of creating islands of co-operative living for Catholic Workers in a hostile sea, screened from the corruptions of competitive industry and commerce. The message that Day distilled from her Socialist mentors went further than this. To set the world to rights, “commune-ism” was a model she thought should be universally followed, but there are deeper questions to be asked concerning the political and economic ramifications of a system which manipulates human behaviour to make it conform to a preconceived policy. The fact that Socialism has been proved historically to turn into a totalitarian state with horrendous consequences for humanity is a matter of serious consideration for anyone contemplating adopting Day’s theories as a blueprint for social reform.

This brings us to a consideration of how the revolution envisaged by Day could realistically be made to work for society as a whole without the use of force. Solzhenitsyn argued that the Soviet government could not have made its citizens obey its draconian laws without the use of terror, and that the Soviet economy depended on the productivity of the forced labour camps. This, of course, casts serious doubts on Day’s belief in voluntary action and demonstrates the entire immorality of the system. But the fundamental reason why it could not work in the long term is that “love of one’s own” – whether it be family, country or home – is part of human nature and cannot be repressed in favour of a “Cause” without doing violence to the common good. For Day, that Cause was so great that it transcended all human relationships, even family bonds, to serve the interests of the revolution. Dubbing it the “personalist and communitarian revolution” or “Christian Communism” only serves to camouflage the destruction of the Christian order of society which that Cause entails. It is, of course, a classic revolutionary tactic to attack a country’s institutions and then claim the right to repair the damage inflicted. That was the self-appointed role of the CWM, but there are good Catholic reasons for opposing it because we can discern in Day’s radicalism the influence of Socialist ideals and goals.

There will, no doubt, always be those who cannot or will not see the contradictions in the Day-Maurin mythology. The fact remains, however, and has been abundantly verified that Day and Maurin were among those who favoured the communal living arrangements found in Communist countries and openly sympathized with the leaders of these regimes. They believed that in some form of “Christian Communism” could be found redemption from the perceived injustices of social life. If only some master plan could be devised and be accepted by all citizens in order to produce the “good society”…But it was from that utopian dream that sprang the totalitarian ideologies of the 20th century and the ensuing scourges of humanity. And to that very delusion the supporters of Day and Maurin continue to cling in their futile quest for “Social Justice” in the 21st century.

This is an eye-opening account, based on authentic documentary evidence, of two American Catholic radicals Dorothy Day (1897-1980) and Peter Maurin (1877-1949), founders of the Catholic Worker Movement, who made common cause with Communist-led movements during the Great Depression and the Cold War to build a new society where “Social Justice” would reign supreme. It is against the background of their involvement with Communist-led movements for political revolution that their ideology of a new social order can be seen in its true light. The aim of the book is to expose their attempts to make Socialism acceptable within the Catholic Church under the guise of “Christian Communism.”

This book is a wake-up call for those who envisage “Social Justice” solutions that replicate Socialist patterns of control over political, social and economic structures. It is a timely reminder that, although Communism has officially “fallen”, its influence is a slow-burning process smouldering away at the Christian foundation of Western society. The importance of this message to the survival of traditional Catholicism is obvious: as Dorothy Day’s cause for canonization has been opened by the , there is an ongoing need to alert people to the dangers of importing into the Christian community the same revolutionary principles espoused by Lenin and his followers. This book will appeal to anyone interested in issues concerning the continued dangers posed by “cultural Marxism” to our Christian-based cultural heritage.

Born in , , in 1946, Dr Carol Byrne is a graduate of University College Dublin and gained her PhD at in the . She has the rare advantage of having witnessed the true face of the Catholic Church before it was horribly disfigured by the scandals and abuses which are attributable to the liberalizing mindset of the Second Vatican Council (1963-65). She is thus in a position to discern the infiltration and occupation of the Catholic Church by all varieties of “liberation theology” i.e. simply revolutionary Marxism in the guise of “Christian Communism.” In this book she illustrates the perversion of bishops, priests and laymen who had begun to insist that it was not Communism but anti-Communism which was the Church’s greatest enemy. She shows exactly how the Catholic Worker Movement founded by Dorothy Day and Peter Maurin played its part in this culture of appeasement to secular values which the Church was established to confront.

Dr Byrne is known in the for her promotion of the traditional Latin Mass, the Catholic Church’s ancient heritage and touchstone of the faith. She has editorial experience in the realm of traditional Catholic publishing and has contributed many articles to national Catholic periodicals.