Into the Sky with Diamonds 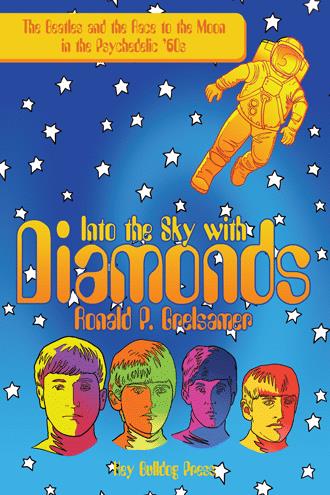 This last U.S. tour was a catalog of “can you top this?”
Houston was quite memorable. I don’t know if they wrote any of this in the papers, but at the airport fans broke through the fence and climbed onto the wings of the plane! In Dallas, security officers brandished their rifles right there in the open (are we a rock'n'roll band or a Communist delegation?) In San Francisco, the driver didn’t pull away fast enough, and the roof of the car started to buckle from the weight of the fans jumping on it. In Indianapolis, Ringo forgot to tell anyone that he wanted to drive on the Indy 500 racetrack (which the authorities allowed him to do), and we were all frantically looking for him (right out of A Hard Day’s Night).

But my favorite stop was Kansas City.

Barbra Streisand had to date received the highest payment for a single performance: $35,000. Finley offered the Beatles $150,000! It was an offer Epstein couldn’t refuse.

“Oh, and one more thing,” Finley said. For an extra $1,000 could the Beatles sing “Kansas City”? No? How about $2,000? $3,000? At this point Lennon stepped in. His eyes narrowed and his jaw tightened and he just said “no.” Finley had bought their lone day off and now he was trying to buy the song set?

On September 17th, the Beatles played to a delirious Kansas City crowd. Finley wore a Beatle wig, and the back of each ticket read “Yeah! yeah! yeah! Today’s Beatle’s fans are Tomorrow’s Baseball Fans [sic].”

At the end of their set, the Beatles announced that they would play one more song. There was a pause as John peered towards the owner’s box. Paul started in:

“Aaaaaaah Kansas City, coming to get my baby back home, yeah, yeah….”


Enough small talk. At 7:20 AM Kraft fired the ignition switch, and Gus was outta there on a howling jet of flame. The scream of the rocket gradually simmered down to a distant purr; within a few moments silence had once again fallen over the Cape.

The flight was in every sense a carbon copy of Shepard's flight, and when Liberty Bell 7 splashed down, it was time for high fives all around.
The celebration turned out to be a little premature.

Lewis and Reinhard were experienced helicopter pilots - top dogs of their specialized world. They had trained over and over for this, the final part of the mission. They had tracked the capsule as it oscillated under the parachute, and had zeroed in the moment it hit the water. As they went to grab the capsule, they saw the hatch blow open and Gus jump out into the sea.

The capsule was taking on water and slowly began to sink. Whom to pick up first? Grissom? Liberty Bell? Grissom? Liberty Bell? Gus could swim. They went for Liberty Bell. The capsule was getting heavier and heavier, however, and was slowly dragging the chopper down. The motors whined at an ever-increasing pitch. All three wheels were in the water. Lewis slammed the throttle all the way. They started to make headway; but the moment the capsule rose above the water, it lost all buoyancy. It was heavier than ever. An emergency light flashed in the cockpit: metallic debris in the oil sump from excessive engine strain. Both the Sikorsky and the capsule were going down. Better to lose one craft than two. Lewis and Reinhard cut the capsule loose, and it peacefully sank in a foam of gurgling bubbles.

The drama was not over. Gus could swim all right, but the backwash from the helicopter was whipping up the waves around him. His helmet off, water poured into the space suit with every wave that broke over his head. He had a rubber dam around the neck, but it wasn't enough. Gus's heart jackhammered away, as he slowly realized that he was drowning. It was all he could do to tilt his head back and keep his mouth above the waves. What a silly way to go!

Helplessly, we watched this on the monitor. “Dammit, get Gus, forget the damn spacecraft,” yelled Kranz to no one in particular.

Finally, disgusted by the loss of the capsule for which they would catch hell, the copter and scuba teams turned their attention to Gus. There was only one shark circling him. Nothing they couldn't handle. His spacesuit filled with water, Gus weighed nearly as much as the capsule! Exhausted, puzzled, and embarrassed, he was hoisted onto the helicopter. How did the warm Gulf Stream waters so quickly turn into an icy ocean of humiliation?

One small step for a man. One giant leap for rock ‘n roll.

NASA’s race with the Russians to land a man on the moon. The meteoric rise of the Beatles, considered by many to have revolutionized the music industry. In the postwar era, each stood as an unprecedented cultural watershed. Together they captured the heady zeitgeist of the 1960s, and ignited the imagination of - just about everyone on the planet.

Into the Sky with Diamonds is an exhilarating account of these two global phenomena, as seen through the eyes of Dutch Richtman, a young, enterprising NASA engineer who manages to snag a front row seat to both.

Dutch’s memoir takes us on the turbulent ride of breathtaking successes and harrowing failures that marked the early years of space travel - beginning with Projects Mercury and Gemini leading up to the Apollo program. We discover the thrills and sacrifices, personalities and politics involved in navigating these early space missions.

And through Dutch’s fictional correspondence with buddy Mal Evans (a character true to the Beatles’ real-life roadie of the same name), we are introduced to a rock band of four working class lads from Liverpool who just happen to turn the music industry on its head and become the unwitting leaders of a youth movement for change. We witness it all: the band’s electrifying rise, their unforgettable debut on the Ed Sullivan show, the social, political, and religious controversies they generated, and their painful dissolution, as John’s fierce attachment to Yoko Ono forever alters the trajectory of the “Fab Four.”

Dr. Ron Grelsamer is a noted expert on all things '60s.

His extensive knowledge of the Beatles, Space, and the decade that shook the world is the basis of his latest book, "Into The Sky With Diamonds."

He is a frequent lecturer at some of the world's most prestigious universities on the cultural and scientific ramifications of the '60s, as well as being one of the premiere collectors of Beatles and Space memorabilia.

When not writing or lecturing on the world's most turbulent decade, he is recognized as one of America's leading orthopedic surgeons and practices at the world-renowned Mt. Sinai Medical Center in New York City.