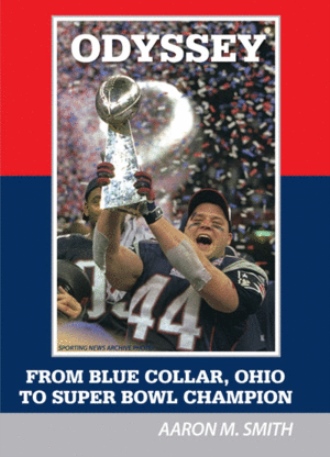 The dampness of the iron grey October afternoon crept in through the old walls of Notre Dame Stadium. Marc Edwards, Notre Dame's flat-top-wearing fullback from a bygone era, crouched near his locker while his coach, Lou Holtz, paced the room  - his jowls shaking with each intense instruction. Marc didn't hear what Holtz was saying because the words that were ringing in his head then were those of Southern California coach John Robinson. These same words had reverberated through his head during the previous two-and-a-half years, but that early autumn afternoon was his chance to finally do something about it.

During his senior season at Norwood High School near Cincinnati, Marc had been heavily recruited and had narrowed his choices to USC, Notre Dame, Penn State, and Ohio State. He had scheduled visits to all four schools, but when Robinson was re-hired at Southern California with the main objective of beating the Fighting Irish, the long-time coach decided to give Marc a call.

“Hey Marc, this is Coach Robinson at USC.”

“Yeah, I've watched some more video of you and you're not the kind of player we would offer a scholarship to. You don't need to worry about taking your visit here. Thanks for your interest and best of luck to you.”

The words stuck in Marc's gut like a sucker punch, but he stored the anger deep in a place where only he had access. He would get his chance. It was fuel for Marc. He had played in limited roles against USC in his first two seasons at Notre Dame, but that year, he was a starter. Marc had a significant role on the offense and felt 1995 would be the year to put an end to the ringing of Robinson's voice in his head.

Marc thought often about what Robinson told him over the phone; it didn't matter that he probably never would have attended the California private school. But anytime someone tells you you're not good enough for them, it tends to light a spark. And for Marc, this instance was no different.

The journey to the sporting world’s grandest stage – the Super Bowl – is often wrought with overwhelming obstacles, personal challenges, and a workload that would make most men cringe. No one understands this more than Marc Edwards, whose winding road from blue collar to the NFL and ultimately the Super Bowl was littered with derailing pot holes. How Marc became a successful family man and an old-school battering ram of a Super Bowl champion should no longer be a mystery.

Odyssey: From Blue Collar, Ohio to Super Bowl Champion chronicles Marc’s personal quest for something great and how a cast of family members and behind-the-scenes family friends helped to keep him on track. Freelance writer and former award-winning newspaper sports editor Aaron M. Smith takes the reader on an intriguing ride through the rigors and joys of transforming from a third-grader with a dream to a captain at legendary Notre Dame and eventually to the starting backfield for the world champion New England Patriots. Marc’s struggles and eventual triumph will serve as inspiration and offer proof that you most certainly can do anything you want if you simply put in the effort.

AARON M. SMITH, a graduate of , was the recipient of numerous Associated Press Society of Ohio awards for his writing and reporting as a sports editor at the Port () News Herald. Smith is a freelance writer and lives in with his wife, Chrissy, and his two young children, Sierra and Aidan. Visit his website at www.aaronmsmith.com.