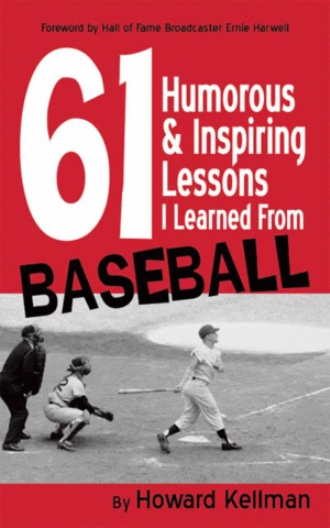 Being Nice Has Its Benefits

Jim Fregosi played in the Major Leagues for eighteen years and was a six-time All-Star. He managed in the Big Leagues for the California Angels, Chicago White Sox, Philadelphia Phillies and the Toronto Blue Jays.

Jim shared many stories from his playing days with me when he managed the Triple-A Louisville Redbirds; this one is my favorite.

One Saturday night when Jim was playing for the Angels, they were in Boston, facing the Red Sox. After the game, Jim went into a local bar and struck up a conversation with a very attractive woman.

After some small talk, Fregosi politely asked, “Would you like to leave with me?”

"Yes I would,” she replied.

Jim smiled at the good news.

"And I would like you to take me to Midnight Mass!” she said, as she smiled from ear to ear.

Her words put Jim in a state of disbelief.

After going to Mass, the young woman drove Jim back to the Angels' hotel and the two said “good night.”

The Angels and Red Sox played an afternoon game the following day. Jim came up to bat in the first inning. The first pitch thrown to him was right down the middle of the plate.

Fregosi could not believe his good fortune. After all, how could Hurley not call a strike on a pitch that was right over the heart of the plate?

Jim turned to Ed Hurley and said, “Thank You, Ed.”

He Was Much More Than A Pioneer

Jackie Robinson's accomplishments in the face of adversity have been well chronicled. The support and encouragement he gave to others is not as well documented.

Former Dodgers' great Carl Erskine was a broadcast partner of mine. He shared this story with me.

Before the 1948 baseball season began, the Dodgers played an exhibition game in Fort Worth, Texas against their Double-A team. Carl, who was pitching for Fort Worth, was 21 years old and pitched very well that day. Jackie Robinson made it a point to seek Carl out afterward.

"Young fellow, you're not going to be in the Minor Leagues too long, if you keep pitching like that,” Jackie said.

Those words meant a great deal to Carl because they boosted his confidence. With all that Jackie Robinson experienced and endured in 1947, he still found time to encourage others.

Carl was recalled by the Dodgers during the 1948 season and began a 12 year Major League career. He threw two no-hitters, was a 20 game winner and set a World Series strikeout record. Carl and Jackie were teammates with the Dodgers for many years and became close friends.

Jackie's encouraging words were not limited to baseball players.

Jerry Harkness hit the longest shot in the history of Professional Basketball when he played for the Indiana Pacers. He has lived in Central Indiana since his playing days.

Jerry is a very quiet, pleasant man. He grew up in New York City and was so shy he did not try out for his high school basketball team. One day, in 1956, when Jerry was a junior at DeWitt Clinton High School in the Bronx, he went to the Harlem YMCA to play basketball. Jerry was shooting baskets by himself when a man who had been observing him approached.

"Young fellow, you look like a pretty good player. You can play!” the man emphatically said.

Jerry turned to look at the man and to his astonishment it was Jackie Robinson!

"Jackie Robinson thinks I'm a good player. He believes in me and my ability,” Jerry whispered.

Those words from Jackie encouraged and prompted Jerry to try out for his High School team. Jerry made the team and the following year, as a senior, he led DeWitt Clinton in scoring.

Jerry received a scholarship to Loyola of Chicago and led them to a National Championship in 1963. He then went on to play professional basketball.

We can see the importance of Jackie's words. Encouragement is oxygen to the soul.

Hank Aguirre was one of the worst hitting pitchers of all time. When Aguirre was a member of the Detroit Tigers, the fans tried to be supportive of him when he batted. Hank would receive applause from the Tiger faithful when he managed to hit a foul ball.

I remember watching a game on television, in June of 1967, between the Tigers and the Yankees, at Yankee Stadium. Aguirre came to bat with the bases loaded and Joe Pepitone, the Yankees' center fielder, was not exactly on his toes.

What do you think happened?

Aguirre hit a ball into the gap in left center field for a triple. I thought something was wrong with my TV. Hank Aguirre had tripled with the bases loaded!

Almost 40 years later, I had the pleasure of meeting former Tigers' catcher Bill Freehan, a teammate of Aguirre's with the Tigers. Freehan, who was an instructor in the Tigers' Minor League system, was in Toledo working with the Mud Hens catchers.

Freehan could not contain his laughter.

"Not only do I remember it,” Bill said. “Here's the rest of the story. Aguirre got to third base and was greeted by Coach Tony Cuccinello. Cuccinello was just as stunned as everybody else that Aguirre had tripled.”

"The steal sign!” Tony shouted in disbelief. “Hank, it took you 15 years to get to third base. Why don't you stay here for 15 seconds?”

In 61 Humorous & Inspiring Lessons I Learned From Baseball, Howard Kellman takes you on the playing fields and in the clubhouses of professional baseball.

Howard has broadcast Triple-A Baseball in Indianapolis for 34 years and brings an insider's perspective.

Roger Maris belted a record setting 61 home runs in 1961. Howard wrote 61 Lessons to honor Roger's accomplishment. The Lessons are about Hall of Famers, All-Stars, Minor League players, coaches, managers and umpires. Some Lessons involve tongue-in-cheek humor; many are there to inspire.

There are examples of managers and coaches helping players achieve greatness. One Lesson features a Hall of Fame player in a confrontation with a very famous gangster. Another Lesson tells the story of how a dog helped a World Series MVP settle a salary dispute with his team's owner.

All of the Lessons involve games that Howard has seen, people he has known and stories he has been told in his years as a baseball broadcaster.

Howard Kellman's dream was to become a baseball broadcaster. While attending Brooklyn College, Howard would take his tape recorder to Yankee Stadium, sit in the stands and practice his baseball play-by-play.

Howard did the play-by-play of the Triple-A World Series on ESPN2 from 2006 - 2008. He has hosted a radio show called "Great Baseball Memories" and a weekly TV show about baseball. He has interviewed many of baseball's greatest players.

He also has broadcast basketball for the Cleveland Cavaliers and St. John's Red Storm.

Howard is a professional speaker who works with organizations that want high energy, humorous and inspirational programs drawn from his life in sports.