Reverse in Ministry and Missions: Africans in the Dark Continent of Europe

An Historical Study of African Churches in Europe 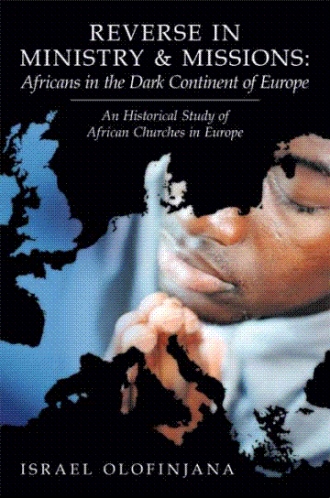 Africans are also making their contributions in the area of theological and ministerial studies. For example, Dr Femi Olowo founded South London Christian College in 1992. In addition there are African theologians who lecture in Seminaries, Bible Colleges and Universities in Europe. These include Dr Emmanuel Lartey who is one of the early pioneers of Black Theology in Britain at the University of Birmingham, although now lectures in United Sates; Dr Afe Adogame lecturer in World Christianity and Religious Studies at the University of Edinburgh; Allan Anderson Director of the research unit for New Religions and Churches in the School of Historical Studies, University of Birmingham; Rev. Dr George Wauchope tutor for mission education at Queens Foundation for Ecumenical Theological Education (Selly Oak Centre for Mission Studies); Dr Asonzeh Ukah a research fellow in Old and New Churches in the religious Market of South Africa Bayreuth's University, Germany; the late Dr Kwame Bediako who was one of the directors of Oxford Centre for Mission Studies and the late Dr Ogbu Kalu who lectured in the States but was a visiting lecturer to Edinburgh's department of Divinity.
African Christians are also contributing in the area of women's ministries and feminist discourses. Such women include Archbishop Fidelia Onyuku-Opukiri, founder of Born Again Christ Healing Church, who is involved in pioneering women's ministries in an ecumenical approach through Council of Christian Churches of an African Approach in Europe (CCCAAE). Rev. Dr Kate Coleman (the first black woman Baptist minister in the UK) was formerly President of the Baptist Union and is involved in a Para-Church organisation `Next Leadership' which develops, trains and mentors women as well as men in leadership training. Rev. Celia Apeagyei-Collins, through Rehoboth Foundations, is also involved in the coaching, mentoring and training of leaders.

African-led Churches and ministers are involved with social action issues. Issues such as economic development in Africa are engaged through the agency of the African Development Forum (ADF), migration issues through migration services provided by Musama Disco Christo Church (MDCC) and other African Churches, gun and knife crime through Peace Alliance (founded by Rev. Nims Obunge MBE) and the Football Academy initiated by Glory House. Jesus House in North London runs various community projects that tackle poverty, injustice and illiteracy programmes in Britain. Sunday Adelaja's Embassy of the Blessed Kingdom of God in Ukraine is actively involved in the rehabilitation of drug addicts and prostitutes and the feeding of the poor. All the eight African ministers and leaders interviewed for this research are involved in missions and social action.

There has been a recent shift in global Christianity from North to South. Christianity, particularly Pentecostalism, is growing day by day in the continents of Africa, Latin America and Asia whereas it is declining in the Western world. Africans are now bringing the Gospel back to Europe and other parts of the world. This reverse in missions has been a recent phenomenon and is the subject of this book.
This book documents the history and contributions of European missions in Africa. It then chronicles the history and development of African Churches in Europe, focussing on the UK. It is passionately articulated that these Churches are certainly contributing positively to global and local Christianity. The historical development of Kingsway International Christian Centre (KICC) is documented to illustrate the impact African Churches are making in Europe. It is a book that is valuable to people interested in African Churches in the UK.

“The presence of so many vigorous and committed black churches is one of the bright spots on the horizon of churches in the UK. This work is a pioneering contribution to understanding where these churches are coming from, how they understand their mission in and to the UK and how they are likely to shape the future of Christianity in
these islands. It is very welcome.”
Dr Nigel Wright, Principal of Spurgeon’s College, London
“Rev Israel has produced a winning combination of research, history and practical theology with this wonderful piece. I believe it is essential reading for every leader who is serious about contemporary cross cultural ministry and mission in 21st century Britain.” Dr Jonathan Oloyede, Convener Global Day of Prayer, London

Israel Oluwole Olofinjana is from South-western Nigeria and lived there for 26 years before relocating to the UK. He is an insider coming from a Pentecostal background and was actively involved in a Pentecostal Church in Ibadan, Nigeria for a period of 9 years. During his undergraduate days at the University of Ibadan he was involved in the Ibadan Varsity Christian Union (IVCU) which is renowned for its Evangelical heritage. Israel is now part of Brockley Churches Together, a local ecumenical initiative in South East London. He is also involved with Global Day of Prayer London (GDOP), a prayer movement that embraces different denominations and racial backgrounds.
He holds a Certificate in Ministry from Grace Bible Institute, Ibadan, Nigeria, has a BA (Hons) in Religious Studies from the University of Ibadan, Nigeria and MTh from South London Christian College. His research interests include Church History (African Pentecostal History), Biblical hermeneutics and Christian Apologetics. He has presented papers and published articles on African Churches in Europe. Israel is an Ordained and Accredited Baptist minister and co-pastors Crofton Park Baptist Church, a multicultural Church in South-East London. He is happily married to Lucy Olofinjana.