In Love With Freedom

The True Story of a Remarkable Woman 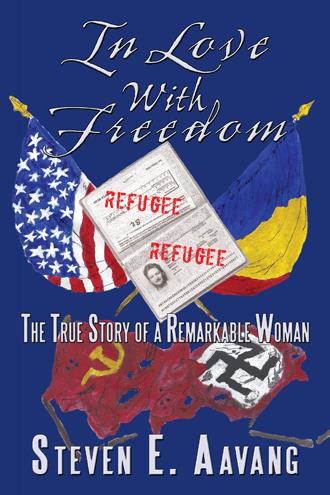 Based upon her own words, this is the story of a unique individual whose deep love for her native country was overshadowed only by her compelling love for freedom. Born with a pedigree of royalty reaching back to the Byzantine Empire, and riches comparable to the American Rockerfellers, this princess seemed destined to a life of pampered luxury and perhaps a noble charity. Life, however, doesn’t always follow the script… especially someone with Catherine’s character. In Love With Freedom , a sweeping story of one woman’s remarkable lifetime of triumph and tragedy in the kaleidoscope of the twentieth century. The story begins with a toddler snatched from her mother’s bosom by her evil father and hidden for thirteen years in a series of orphanages, a pawn in a high stakes game of ransom and revenge. The plucky, fearless, and resourceful child at last escapes and crosses Europe, eventually arriving in Romania on the Orient Express and is declared a princess… but that is only the beginning of her journey. Catherine learns to be a princess, wife, and mother through World War I, the Depression, and epidemics. Yet it is World War II that is her defining moment. Learn how this woman of less than five feet of stature stands up to the despicable Gestapo and the mighty Nazi Armies; earns the moniker ‘the Angel of Ploesti’ from the 1400 American POWs that are torn from the angry skies of Hitler’s most heavily protected resource – Romania’s, Catherine’s oil fields; and then survives the starvation, pogroms, and death of the Soviet ‘liberation’ of Eastern Europe. What can she do to escape the barbarism? What can she do to help her country and all those oppressed by the horrors of Communism and dicatorships? The answers are truly amazing and inspiring.

Steven E. Aavang was born and raised in Woodstock, Illinois. He still resides there with his wife of 34 years, Linda where they raised three daughters; Courtney, LynnAnn, and Grace. After graduating with a degree in Political Science from Western Illinois University he taught history and government for four years in Hebron, Illinois, and began a coaching stint that continues today. He returned to college to earn his Master’s Degree in Public Administration from the nationally ranked program at Northern Illinois University. No matter the job he does, however, Steve calls himself a teacher and a coach first. His Midwest roots run deep as his family represents five generations of Woodstockians. Who could blame him for staying? The iconic Orson Welles claimed Woodstock as the only place he knew as home, describing the idyllic town as the ‘Victorian jewel of the Midwest’. Such strong roots and values gave the author a sense of history and antiquity. Still he gives credit to his mother Joy a survivor of the ‘Blitz’ of England, and his father Irvin a Marine in WWII and China for giving him an appreciation for the sacrifices people and nations undergo to have and protect freedom. When the author heard the story of the Princess he was convinced her story needed to be told -- her message carried on into an increasingly frightening world. As a writer of short stories, poems, and lyrics and a professional storyteller, Steve can now add writer of the epic saga IN LOVE WITH FREEDOM to his resume. He plans to write more historical fiction novels with a message and believes firmly in the old adage… ‘If you don’t know where you come from you cannot know where you are going.’Enjoy the journey… and… may there be a road.