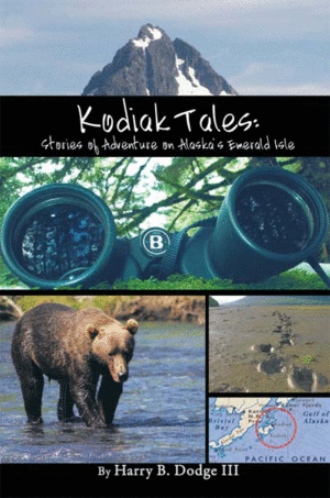 Three sudden loud knocks on the door made Tony jump. He stared at the door in disbelief. Three more knocks, firm and demanding, set Tony’s heart racing. As he rose and approached the door, he wondered how anybody could have happened upon his remote cabin.

Tony opened the door. Looming in the darkness was the indistinct, bulking shape of a man.

“Can I come in?” A slow, deep voice intoned.

“Uh, sure,” Tony stammered, and he stepped back to allow the man to enter.

The man was tall and heavily built. Long black hair and a thick, unruly beard obscured his face. A heavy coat hung almost to the floor. Visible below the coat’s dark folds was a pair of worn fur-lined boots made of leather. The strange footwear seemed completely out of character for Kodiak. The man stepped inside the cabin and swung a pack from his back and onto the floor.

Tony closed the door. “You surprised me. I sure don’t get much company out here,” he said with a nervous laugh.

The man made no reply, but stood hovering over the stove, his back to the light.

“You must be hungry,” Tony said, trying not to stare or act surprised at the man’s unusual appearance. “Do you want something to eat?”

“Some tea,” the man replied.

“Coming right up.” Tony pumped the gas stove tank, poured water into the kettle and set it on the stove, all with the animation of a short-order cook.

The wind outside had settled, and the cabin was bathed in an ethereal stillness.   “What brings you way out this way?” Tony asked.

The man turned his head with the reply, offering Tony a better view of his appearance. Matted hair hid all but the stranger’s eyes and nose. The eyes were small and tight-set, and they disclosed nothing. The man’s mouth opened in what might have been a smile, revealing two thin, yellow teeth.

Tony stood speechless, unable to summon a response. He busied himself with pouring water into the kettle and putting it on the stove to heat up. He was preparing a mug and tea when the cabin’s hypnotic silence was pierced by the screaming of the water kettle. Tony flinched violently as if he’d been stabbed and rushed to the gas stove to grab the kettle. He sensed two beady eyes observing him as he poured steaming water into the cup. His hand shook, but he did his best to control the tremors as he delivered the cup of tea to the stranger.

The man received the cup, a grunt confirming the transaction. He dragged the old wooden bench closer to the stove and sat down. As he sipped his tea, the cabin resumed its unnatural dormancy.

Tony’s mind raced. His emotions hammered back and forth between anger at the man’s rude behavior and confusion about the man’s odd appearance and malevolent self-assuredness.

The man stared at the two fox pelts hanging on the wall. “That’s a nice silver,” he finally said. “You trap it or shoot it?”

“I trapped them both,” Tony answered with a rush. “Trail sets.” He wasn’t sure why he chose to lie, and he quickly looked away from the man’s probing little eyes. 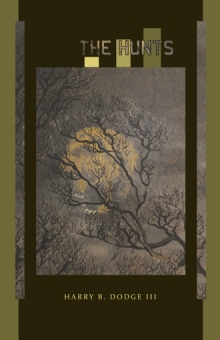 Kodiak Tales: Stories of Adventure on ’s Emerald Isle, investigates the many-faceted experiences of living on . Shipwrecks, plane crashes, bears, and Kodiak’s often-harsh and unforgiving environment are among the challenges facing the archipelago’s hearty residents.

The eight short stories in part one range in time from pre-Russian days to the present and examine humans’ role in Kodiak’s natural realm. The five non-fiction pieces in part two are a personal testament to life in Kodiak’s backcountry.

Harry Dodge has lived on since 1975. He has worked as a fishery biologist, commercial fisherman, registered guide, trapper, journalist, wildlife viewing guide, and educator. He and his wife, Brigid, own and operate Kodiak Treks from their lodge on in Kodiak’s . From June through September, they offer bear viewing and backpacking trips and enjoy welcoming nature enthusiasts from around the world. Harry’s first book, Kodiak Island and its Bears: A History of Bear/Human Interaction on Alaska’s Kodiak Archipelago, was published in 2004 by Great Northwest Publishing and is currently in its second printing.