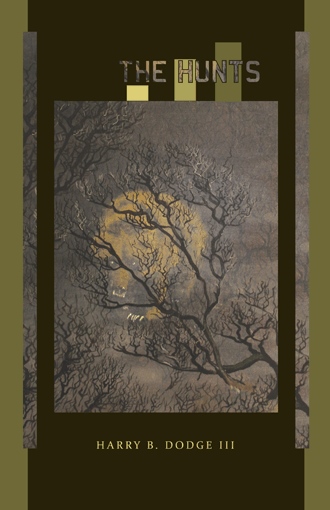 “There he is!” Walter whispered. “He's come down lower.” The bear was in the open again and considerably lower than it had been. From the closer vantage point, the bear's limp was evident. In his encounter with Old Ivory years before, it was the right front foot that Andy had hit—the same foot this bear was favoring. Old Ivory looked coal-black and huge at the reduced distance. His belly sagged between the four massive legs, and his long, thick neck angled out from the hump of his shoulders as he stood with head outstretched, looking below him. “It's him, all right." Andy's words were unsteady and impassioned, as if describing something vile or wondrous. He looked at Walter, who gazed fixedly at the bear with eyes compressed into inscrutable slits. "It looks like he’s going to come down.” They watched silently as the bear dropped down a few more yards and began digging. Apparently finding nothing to hold his interest, he raised his nose to the air, testing it, and started down again. The grade had become steeper, and he descended in labored stages, reaching forward with his good left front foot, then pivoting on it, bringing his hind feet down lower yet so that he was facing backwards, and then turning and dropping downhill again onto his front foot. When the grade leveled, he turned broadside and proceeded across the clearing with his peculiar shambling gait. Similar to his strategy of descent, his progress was a repetition of lunges forward onto his good left foot. His huge head waved up and down, defining each lurch. Gaining the brush, he instantly faded into a blur. “It’s him. No doubt about it.” Andy still looked up to where the bear had vanished. “He's quite a bear," Jim said in a hushed voice. “Yes, that’s him.” Walter nodded his head gravely. “There’s not another bear like that.” “Not a rub, that I can see,” Andy said, finally disengaging his rapt attention from the spot where the bear had been, now no more than a half-mile beyond where they stood. "His fur looks perfect." He gazed at the valley ahead. “There’s a clearing below him. If he keeps coming down, he'll hit that clearing.” Andy sprinkled some dry grass in the air and watched it float to the ground. “This damn wind isn’t doing us any favors though,” he said, looking at Walter. “There sure isn’t much of it.” Walter crumpled a wad of dry grass and tossed it. He watched it drift and shrugged. With lips set, he turned to look up at the hillside. The scar pulled the features of his face aslant, rendering his expression indecipherable. “What do you think, Andy?” Jim asked. “Well, we’ve come this far. We might as well get closer and see if he keeps coming down. If he lays down in that brush though, we won’t stand a chance.” Andy turned to Jim. “We’ll have to watch this wind, too. If it quits or turns, we’ll have to get out quick. We can always come back tomorrow. We just don't want to spook him.” Andy’s face was flushed, and he spoke harshly, accusingly, as though they’d already screwed up somehow. Tom listened, nodding as Andy spoke. He felt poised for battle, waiting eagerly for the signal to attack. Andy led the way, skirting the line of brush along the creek, trying to keep sight of the alders where the bear had been. They came to a long clearing and stopped. Standing with bodies crouched forward, they worked to get their breathing back under control. Any further advance would mean they'd have to enter the alders barring their path and once again lose sight of the hillside. “There he is,” Andy whispered, pointing at the mountain. Tom could see him, still in the brush. He had side-hilled perhaps two hundred yards in their direction and had come a bit lower yet. “The question is, which side of that brush do we want to be on,” Andy whispered to Jim and pointed to the wide expanse of alder below the bear. “If he keeps on like he’s doing now, we’ll want to be above the brush, where we can get a shot at him when he comes out into that opening. But if he decides to come down, we’d never see him over that alder. He could easily get downwind of us.” The bear’s casual pace slowed further yet as he became more interested in digging. He’d move a step or two, then stop to dig again. Periodically he'd sit and raise his head to sniff the air. The four men watched, not daring to breathe, while the bear bobbed his nose up and down, testing for danger. 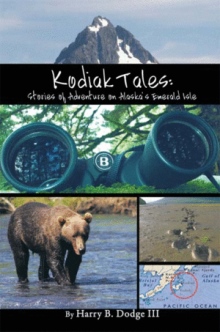 "There!" Andy whispered sharply, pointing to the area where the bear was thought to be sleeping. "Look at the brush." Indeed, Tom could see the movement of alders, an insistent swaying, as if an unseen hand had grasped a branch and was trying to shake something out of the tree. The bear heaved forward and stepped into the clearing. Tom held his breath as he watched the bear finally detach itself from the brush, revealing its true enormity. Four men embark on a bear hunt on Kodiak Island's remote south end. Old Ivory, an elusive and colossal bear, is their ultimate goal. Each hunter has a unique perception of the undertaking: a chance for redemption, a test of manhood, realization of a lifelong aspiration, or a spiritual quest for cultural preservation. Kodiak's rugged terrain, harsh weather, and the canniness of the animal they pursue test their stamina and resolve and ultimately compel them to examine their individual values.

Harry is a master guide-outfitter, with more than 35 years of experience guiding hunters and ecotourists on Kodiak Island and other parts of Alaska. During his time in Alaska he has worked as a biologist, journalist, teacher, commercial fisherman, guide, and trapper. His previous two books include: Kodiak Island and its Bears: A History of Bear/Human Interactions on Alaska's Kodiak Archipelago (Great Northwest Publishing, 2004), and Kodiak Tales: Stories of Adventure on Alaska's Emerald Isle (AuthorHouse, 2010). After earning a biology degree from Indiana University, Harry ventured to Alaska in 1974. The following year he accepted a summer field job on Kodiak Island with the Alaska Department of Fish and Game. A plane crash at the end of the field season greatly altered the direction of his life (that story is related in Kodiak Tales), and he never left Kodiak. Harry and his wife Brigid own/operate Kodiak Treks. From their wilderness lodge in Uyak Bay, they conduct bear viewing, backpacking and camping tours on Kodiak National Wildlife Refuge. Brigid is an adjunct professor at Kodiak College and is fluent in French, Spanish and German. They enjoy traveling each winter, experiencing diverse cultures and wildlife around the world.