by Russell A. Pizer 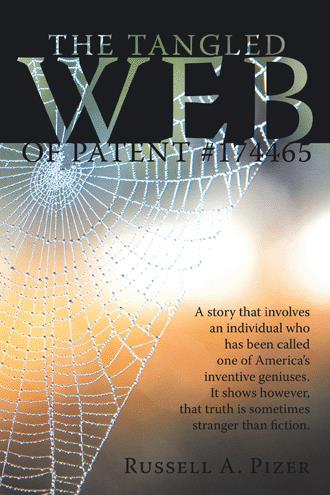 Writers on the subject of the invention of the telephone often use the Bell-Western Union patent suit settlement as the basis for the claim that Graham was the "first." This is an erroneous deduction based on superficial and inaccurate historical information. One such individual who it is claimed had authoritative information and expertise in this area of history was William C. Langdon. He wrote an article in 1933 with the title "Myths of Telephone History." At the time, Langdon was the librarian of the American Telephone Historical Collection in the historical library of AT&T. His article has been quoted by numerous others as being a final authority on this matter. However, as will be seen, Langdon’s article perpetuated the myths that are biased in favor of the Bell System. Langdon’s article reads, in part:

"There was a tangled mass of no less than 600 law suits, all of them decided in favor of Alexander Graham Bell as incontestable the actual and the first inventor of the telephone. So not a few vigorous little myths crawled from out the larva stage and the fostering care of interested parties and soon winged their way to the credulous belief of a sympathetic public."15

There are several problematic statements in that paragraph.

Langdon states that all the suits were decided in favor of Alexander Graham Bell. This is not quite true as he himself states later in the article. As will be seen, Langdon contradicts himself on this and other historical details.

This is not quite true. The number of infringement suits is given as a definite figure, a figure of 600. Most writers state there were "some 600 or more."

Langdon on the Western Union Case

Langdon then elaborates on a previous statement by saying the Western Union case was the only one with "real merit" followed by, "It presented to the court a real issue for decision: Did Bell merely invent an instrument . . . or . . . discovered how to use electricity for the transmission of speech. . ."

Further on this is given, "This case ended without a judicial decision by the admission of the council of the Western Union that the Bell patents were valid. . ."

If Langdon felt the Western Union Case was the only one with "real merit," he contradicted the "real merit" statement with an historically inaccurate account of the Drawbaugh Case further on in the article, and, what to most telephone historians is an amazing statement about Antonio Meucci’s contention as having been the inventor of the telephone.

Langdon does state, "The agreement [in the Bell-Western Union Case] was signed on November 10, 1879." However, Langdon continues with a statement that clouds what is a clear-cut historical event. He continues with, "and the settlement was proved and confirmed by the court."  That last statement should probably read, "and the settlement was approved and confirmed by the court."

Langdon concludes this paragraph with another confusing statement, further clouding the issue. He states, "It is obvious that no judicial decision could have settled the matter in a more positive way."

This last statement is a kind of editorializing on incorrect information. There could have been a judicial decision but it would only have occurred after a very long, lengthy and expensive court trial – one that neither the Bell Company and especially Western Union did not want to involve themselves.

Several writers have dealt with the Bell-Western Union settlement that gives the "opposition’s" side of the issues. For this dissertation, the information in a book written by Joseph C. Goulden with the title Monopoly will be given.

"Western Union offered three main defenses [in its case against Bell]. (1) Gray, Edison, Dolbear, and others had priority of invention; (2) Bell’s instrument as described in Patent No. 174,465 could not transmit articulate speech; and (3) Bell’s invention had been ‘anticipated’ in a long list of prior publications, including descriptions of Phillip Reis’ barrel-bung and sausage-skin ‘telephone’ of 1861. (The theory of anticipation prevents the patenting of items in general longtime use, such as the wheel.)

"In addition to the financial resources necessary for a prolonged court battle, Western Union had a strong case since it owned an undisputed patent on an induction coil developed by Gray that was essential to effective long distance telephony. . . "

The Tangled Web Of Patent #174,465 is the story of fraud, collusion, perjury, corruption, bribery and what would now be called industrial espionage.

It is a story that involves an individual who has been called one of America's inventive geniuses – Alexander Graham Bell. He has been held in the highest regard as the inventor of the telephone. However, careful scrutiny of numerous documents that include thousands of pages of sworn testimony before a Congressional investigations committee, show that Alexander Graham Bell was a party to what might be considered one of the most intriguing historical deceptions.

With all due respect to Alexander Graham Bell, he was not the actual perpetrator of this historic fraud. The culprit in the initial historical subterfuge was Bell's father-in-law: Gardiner Greene Hubbard.

The Tangled Web. . . will show how Alexander Graham Bell has been falsely given high honors in the history books of the United States depriving the true inventor of the telephone his rightful place.

It will be seen that throughout the early years of the telephone, Alexander Graham Bell gave different stories about events that surrounded the invention and issuance of a patent of what became – only via legal wranglings – the invention of the telephone. These different stories cast grave doubts about Alexander Graham Bell’s honesty and that of his father-in-law who reaped millions of dollars in profits through what became a telephone monopoly.

This story clearly represents examples of two adages. "Oh what a tangled web we weave when at first we practice to deceive" and "Truth is stranger than fiction."

Russell A. Pizer holds two degrees in music from the University of Michigan and completed some advanced studies toward a doctor of musical arts. For his first career, Mr. Pizer taught instrumental music and conducted concert and marching bands at the high school and college/university levels. His early career began with Proctor High School in Utica, New York, then went on to such institutions as Wisconsin State University and Sacramento City College. During this career, he had four books, 26 articles and one technical manual published on teaching instrumental music. Mr. Pizer’s second career began in the directory assistance department of New York Telephone handling traffic for New York City. He later transferred to the Residential Customer Service Center on Long Island. During these years – outside of work – he did research into early telephony. Beginning in 1993, Mr. Pizer gave a series of lectures for The Association for Research in Telecommunications History during their annual meetings in Denver; Boston; Dallas; Wilmington and Kingston, Ontario, Canada. He was subsequently elected president of that association. After retiring from what had become NYNEX, he and his wife moved to Florida. Besides becoming a member of the local golf club, he became the president of the local Association of Freethinkers and Humanists and vice president of the local chapter of the American Civil Liberties Union. The recent lecture topics he has presented include: “Complementary & Alternative Medical Modalities;” “The Historical Foundations of Our Constitutional Democracy;” “The Bible, The Founding Fathers & An American Theocracy;” “Censorship is Alive and Well.” He also presented a series of seminars for the Palm Coast Great Weight Loss Challenge titled, “Keys to Developing a Healthy Lifestyle.”