Create Your Own Fate

Connect with Your Creativity and Change Your Life 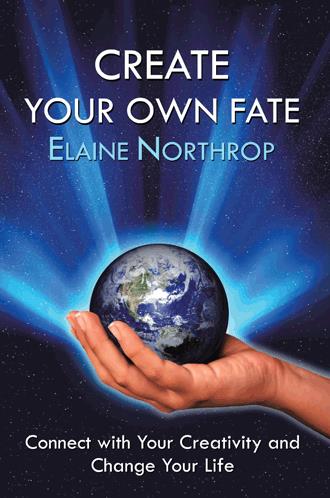 This is not just another rags-to-riches story, because I realized a long time ago that even though I grew up poor, I have always been rich in the things that really matter, like love, friends, and family. Instead, this is a story about creative visualization and learning how to have anything you want in your life by fantasizing and then fabricating those fantasies into reality.

This part of the story is about the materialization of me, and how I became an I. This book is about how I stopped being an object (a victim) and became the subject as I learned how to take control of my life. My life hasn’t been easy; but it has been a happy, fulfilling life, much more so after I learned how to visualize and materialize what I wanted in my life. Now I believe in make-believe, which is where it all starts…..

When I grew up in the 1940s and 50s, the man was supposed to be the breadwinner and the woman the bread baker. However, I experienced a real role reversal with my own parents. My mother had to go out and get a job to make the bread so we could have some dough. She actually provided a good role model for me as a provider.

My dad was a dreamer. His life was filled with an abundance of get-rich schemes; but there wasn’t any real substance to any of them because he wasn’t willing to work hard to make his dreams come true. My dad was a dreamer, not a doer. Being a gambler at heart, my father always thought that he was going to hit the jackpot one day or score big at the racetrack on a long shot. He loved gambling so much that most nights, after we went to bed, he would head to the local stag bar to play the nickel slots with nickels we needed for necessities. One Christmas, my mother even bought my father a slot machine to keep him at home; however, it wasn’t the same to win his own money, so my father soon went back to the saloon. We did actually become rich several times---for a day! When my father won, we got new toys and furniture. When he lost, we had a yard sale.

With a personality that could have sold snow balls to the Eskimos, my father could have been very successful at sales; but he just wasn’t willing to apply himself. He sold just about everything (mostly door-to-door), including vacuum cleaners, Guardian Service Cookware, life insurance, and even Muntz TVs until finally, he ended up in real estate. His paychecks were sporadic and never amounted to much. Actually, what my father did best was play, either on his guitar or with us, which we children thought was wonderful. Happiness was my father’s gift to the world. The gifts he gave me were happy times, a belief in myself, and unconditional love. You can’t ask for much more than that!

Our family didn’t have much money or any security, but every year we managed to take a vacation on borrowed money. How I loved the ferry to Asbury Park with the five-cent “sodamats,” where you could get twenty different flavors by pushing all the buttons at once. I can still “smell that sea air”, as my mother would say when we got within twenty miles of the ocean. My mother never complained about money because she loved my father so much. The dichotomy of a player-father and a provider-mother was programmed in me at an early age. My parents lived a life of outer scarcity but always provided an inner abundance of love and happiness. While so many other parents offered their children a life of outer abundance and inner scarcity, I knew I was lucky. I would choose having an inner abundance of love, fun, and acceptance anytime.

My mother was thirty-five years old when she had me, and (prior to my surprise) didn’t think she could have any children. I think I knew in-vitro, when I chose Lew and Helene to be my parents, that what I wanted to do with my life was to spread joy and happiness. That’s why I chose a happy-go-lucky father who liked to play. However, I also knew I was going to have to learn responsibility in order to be able to raise a family on my own, so I chose a mother with responsibility—the perfect combination! My mother adored my father and never criticized him, even though her life was hard because of his constant desire to play. When my father played the guitar and sang at parties, everyone wanted to be around him. Everyone loved Lew. The rest just didn’t matter! My brother turned out a lot like my dad—always jovial and looking for a good time. If I had my druthers, actually, I would have chosen a jovial non-productive life too, and could have gone from being somebody’s daughter to somebody’s wife to somebody’s mother. However, I may have never become somebody myself if fate hadn’t intervened.

Nothing is “Beyond Belief”

Imagination is the key to creating a new reality! Whatever you can imagine, you can implement. Whatever you believe to be actually creates the world you see.

Life doesn’t just happen to you. It responds to you and the thoughts that you are creating on a continuing basis. Although thoughts are not tangible, they are programmable and powerful. Thoughts can transform the abstract into the absolute.

This book is about creative visualization or wishcraft which is a way of thinking that can change your life. The principles proposed in this book can propel you from poverty to prosperity and jumpstart your JOY as you learn how to transform your thoughts into reality. The process starts with a dream, a desire, or even just a wish. Wishes come in all sizes. One can wish small or one can wish big or tall. One can even choose not to wish at all, but wishing is really the key to creating a new reality.

Everything that you can conceive of already exists or you couldn’t even conceive of it. Creative visualization simply makes the invisible visible! Your beliefs are the key to making the invisible materialize. Predicting the future actually becomes possible once you realize that you can create your own future by propelling your dreams into reality.

The world can be yours to have and to hold once you take control of your own destiny. That doesn’t mean that you can control the events that will happen in your life, but you can control how you envision those events. Those visualizations can either empower you to excel or cripple you in crisis.

Stop setting limits on your life! Become part of the cycle of life which is to

“Build the field” and your dreams will automagically appear when your belief becomes stronger than your fear. The power of transforming a thought into something tangible exists in every one of us. Once you can conceive of something that you really want to have in your life, it is the belief that it will happen that actually creates it.

Through her beliefs in Creative Visualization, Elaine Northrop became the first agent from Maryland to be recognized as the # 1 Real Estate agent for any company when she became Coldwell-Banker’s No. 1 International Agent for three years. Elaine was also one of only 10 agents nation-wide to be featured in the book “The Millionaire Real Estate Agent”.

However, Elaine didn’t start at the top. She created her way there using principles that she expounds upon in this book—once she found that you can’t get to the top by sitting on your bottom.

Thirty seven years ago, Elaine started a career in real estate with no experience, no name and no money—just a belief in herself. This was just after her husband of ten years left her without income and two small children to support and raise on her own. Despite challenges and catastrophes, she has never given up and has now written this book in the hopes of inspiring others. Her belief, perseverance, and caring have taken her a long way—and she’s not done yet!

“If you can conceive it and believe it, you can achieve it” has always been her slogan and has governed every aspect of her life from her career, to creating the perfect mate for her, and to parenting a phenomenal family. As a motivational speaker, Elaine has formulated her own theories about creative visualization and she now wants to share them with her readers. Based on results, they certainly work!