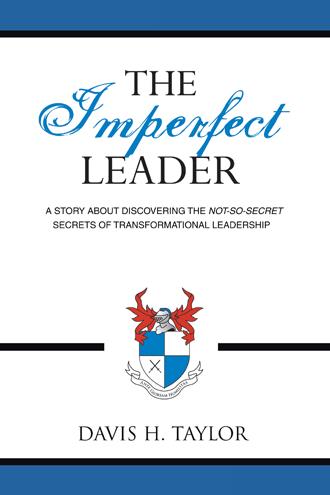 “The man who thinks he knows does not yet know as he ought to know.”

Concluding with details about his experience at National Service Masters, the training company business plan, and his foray into consulting, Josh’s narrative came to a close.

“Quite a story,” George remarked. “Tell me, Josh, after all the jobs you held in various industries, what made you decide to pursue a consulting career?”

“Well,” Josh mused, “ultimately I suppose there were two factors behind my decision: First, I have always focused on developing and motivating my people, and because I was careful to demonstrate that I cared, they’ve always done a good job for me. Second, too frequently my bosses were driven by political correctness, situational ethics, personal ambition, or just plain greed. They were more focused on themselves than on motivating their people to get a job done. My intent was to teach leaders how to inspire employees to get great results.”

“A lofty goal,” George said. “Is that still what you want to do? Is it still important to you?”

“Frankly, George, I don’t know what I want to do. Nor do I know what I ought to do. After the false starts and roadblocks I’ve experienced, I’m not sure I know—with any confidence—what I’m capable of doing.”

George considered Josh’s words before responding: “Do you mind if I ask you a few questions?”

“Of course not,” Josh answered. “Fire away.”

Thoughtfully, George began: “First, Josh, what specifically are you trying to do in life? Second, what is it about you that is standing in the way?”

“What is it about me that is standing in the way?” Josh asked incredulously.

“Yes,” George replied, “And, what do you think you know—with absolute conviction—about your purpose in life?”

After a pause George continued: “Finally, have you ever stopped to consider why someone would want to be led by you?”

Josh was stunned by the audacity of the man’s questions.

The story told in The Imperfect Leader is timely...it’s relevant...it’s powerful...and it will challenge the way you think about leadership. It is a story that reveals a new model for transformational leadership—one that flies in the face of conventional wisdom, creates healthy corporate cultures, and delivers extraordinary, sustainable results.

It is a story about the personal journey transformational leaders must take in order to be true to themselves—to be in touch with themselves—and to find at journey’s end that it’s not about them.

The Imperfect Leader will resonate with leaders at all levels and in every walk of life. It guides, equips and motivates leaders, young and old, to understand the necessity for personal transformation that is required for leaders to make a difference in their organizations.

George Gallup, Jr. (The Gallup Organization) said this about The Imperfect Leader: “There is one true and effective model for leadership that outperforms all others—it is time-tested and historically proven to be the leadership model for transformational change. In The Imperfect Leader, offers an interesting, well written articulation of that model. It is a very practical book that should be read by any leader seriously intending to make a difference—in their organization—or in the world.”

Davis Taylor leads TAI Incorporated, a consulting firm that specializes in Values-based Leadership. Prior to founding TAI, spent twenty-three years in real-world leadership roles in organizations ranging from a high-tech start-up company to Fortune 50 corporations. He resides in and may be reached by email at http://www.taiinc.com/ or by telephone: 215-493-7784.