The Story Of Myles 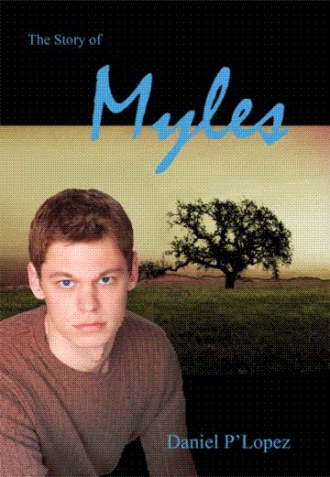 “God, it's been such a long time since I had someone to talk to,” Stacie said after she looked at Myles who sat next to her and slowly rocked the large white swing. Myles smiled.  “Has anyone ever called you smiles?” Stacie asked.

“No,” Myles answered through his smile.

The colors in the sky reflected on Myles’ face and in his eyes.  Stacie thought he was one of the most beautiful people she had ever seen.  Of course, Myles felt the same way about her, but now he was starting to see that there was also beauty inside of her as well.

Myles looked at her as she looked off in the distance.  That was when he noticed a scar on her right wrist. He looked over and saw that there was, in fact, one on each of her wrists.  He hadn’t noticed them the day before at school because she had been wearing a watch on her left wrist, and a few bracelets on the other.

“Stacie,” Myles said as he looked down shading his pale blue eyes with his long eye lashes. “I don't understand why you don't have any other friends. You’re a real nice person.”

Myles looked up at Stacie after he finished his words.  Stacie looked at Myles for a brief moment before she turned away and looked down.

“Is there a reason why?” he asked. “I mean, you told me yesterday at school that I could ask you anything right? Do you want to talk about that?”

Stacie didn't reply.  Instead she looked back at Myles and noticed that he was looking down at the scars on her wrist. Stacie did the same and softly touched one. She thought about what Myles had asked her as she relived the memory of what caused it.  It brought tears in her eyes, but she forced them from falling.

“You know,” Myles went on before Stacie had a chance to respond, “there are a few things I didn't tell you.  Yesterday when I told you that my parents split-up…the reason they split was because my father killed my brother; my brother Tobie. That was why we moved here.”

Stacie remained quiet for a few seconds until she sat up keeping her back to Myles. Stacie wiped a tear that had fallen from her eye, and then said, “You know Myles, I've only known you for a day, but you seem like one of the nicest people I have ever met.  But there are a lot of things you don't know about me, and I don't want you to get hurt by them.  Maybe you should leave.”

“No it's okay.  Everyone asks sometime.” Stacie kept her back to Myles.  “I'll ask my grandmother to take you home.”

When a family tragedy causes Myles to move away from his alcoholic and abusive father, he meets a beautiful girl named Stacie, who has many secrets. Just when Myles is able to see past Stacie’s reputation, and their relationship blossoms romantically, Myles meets a boy named Seth.  Myles’ attraction to Seth creates a strain on his relationship with Stacie, and leaves Myles feeling lost and sexually confused. Amidst judgmental teenagers, unexplainable emotions, and a history of anger that he inherited from his father, Myles must decide who to love, and live with the consequences of his decisions.

A native of , Daniel P’Lopez has been writing stories since the age of sixteen and has written many stories of different genres since then. He also writes poetry and songs, many that have been previously published.

The Story of Myles, is P’Lopez second published novel. He is currently living in and is working on a third story.

Or check out his website for news and updates at www.DanielPLopez.com