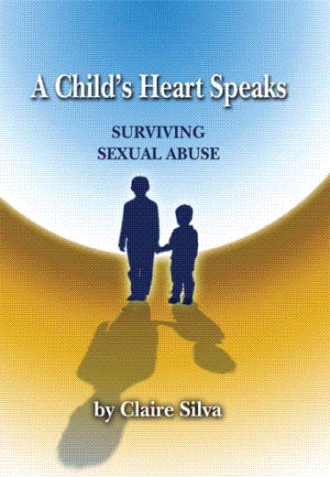 Sexual abuse against children is a prevalent and silent crime, which creates hundreds of victims everyday. Estimates of the number of children that will be victimized during their lifetimes fluctuate depending on the source. The total number of kids that are sexually abused each year is not certain, since most reports concentrate on a few states or restrict analysis to cases where the child was twelve or older. Usually young victims, who are under twelve years of age, are not included in most calculations. I believe millions of children being stripped of their self-identity, personal value, and individual power is worthy of alarm. Yet, sexual abuse is an epidemic that our society keeps as a dark hidden secret. We do not openly discuss sexual abuse because it is such an overwhelming subject. Resources and support for survivors and families are not provided. Proactive research, preventative programming, and effective perpetrator tracking methods are not implemented. Thus, the crime of sexual abuse against children is allowed to pervade throughout every community in our nation. Children who are sexually abused endure horrible crimes against their bodies, minds and spirits. During the abuse, the children need to mentally escape from their horrendous realities in order to survive. As juveniles and adults, these survivors have constant memories of their abuse and seek a different form of reality. Some seek professional counseling, but many turn to drugs and alcohol and other self-destructive behaviors. Some victims, who do not seek treatment, may even become abusers themselves. Legal, social service, mental health, education and faith-based systems often ignore complaints of sexual abuse by victims, refuse to acknowledge the needs of survivors and their families, and ultimately lend support and resources to the perpetrators. Institutions seldom rectify portions of the organization that need to be changed to enforce sexual abuse laws and the protection of children. This book serves as a personal call to individuals within those departments, agencies, institutions and systems who can make it a personal mission to speak about the need for more resources and effective programming. This book is written from personal family trauma and incorporates knowledge gained through hindsight, other families’ tragedies, family members’ and friends’ reactions, and interviews with adult survivors from across the country. The interviews I conducted with adult survivors served as an invaluable source of information for understanding perpetrators, sexual abuse and survivors. All of the stories are true. Pseudonyms were used for all of the children and most of the adult survivors to protect each individual’s identity, privacy and confidentiality. However, several survivors wanted their true names to be used when telling their stories. Throughout this work, I do not refer to the victim as “victim”. I refer to the child who has been forced to endure sexual abuse, as a “survivor”. The crime of sexual abuse against a child is extremely damaging. If the child lives through the experience without being killed or later completing a suicide attempt, then he or she is a “survivor”.

A Child's Heart Speaks is a heart breaking and compelling true story of two children who survived severe sexual abuse from a juvenile perpetrator—their older half brother. The reader gains a true glimpse into the personality, and tactics used by juveniles and adults to manipulate children into silence. The story serves as a call to action for all adults who care about children. The author, Claire Silva also incorporates national interviews with adult survivors of childhood sexual abuse. Through their stories, the reader is able to understand some of the mental, physical, emotional and spiritual struggles survivors go through, and what helps survivors heal.

Claire Silva has worked in MA, RI and CT providing substance abuse and violence prevention since 1991. Fluent in Spanish, Portuguese and Cape Verdean Creole, her expertise is developing and implementing programs for immigrants, and low-income children and their families. Throughout her career, she has witnessed the strong link between children who were sexually assaulted and their lifelong battle of self-medicating through drugs and alcohol. Through her own family's trauma, Claire hopes that people can learn how to prevent sexual abuse of children, how to support survivors, and how to help a family that has been impacted - heal from the trauma.