Illuminating the Character of West Virginia 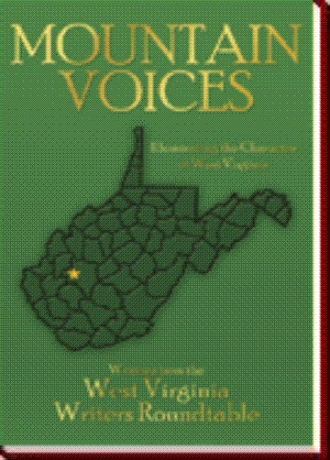 The Angel and the Dog

I was certain the sanctuary had emptied, but the hippie man and his woman had not come out yet.  Standing at the church’s front door where I’d shaken hands for fifteen minutes, I now heard the last car door slam behind me.  Had they left by the back door?

My right leg had started twitching the moment I saw them enter the sanctuary only moments before the invocation.  The bearded man was in his late twenties and wore a corduroy suit coat over jeans, his black hair hanging several inches past his collar.  The girl, in a long frilly dress above worn brown sandals, looked about nineteen.  From my seat beside the altar I watched as the man waited for her to squeeze past several people on the last row.  I considered myself an open-minded Baptist pastor for 1974, but something about those two made me shiver.  Still, I delivered a fair, if not inspired, sermon.

I clicked off the lights before the thought pinged inside my foggy brain:  they’re still in there.  Deciding not to turn on the lights again, I eased back in, tiptoed three steps down the aisle, stopped and listened.  Nothing.  They’d snuck past, no doubt while I’d listened to Essie Lambert’s nonstop organ recital.

As soon as I’d started back up the aisle, though, a man’s high-pitched voice emerged from the darkness, his breath coming quick in sounds that followed each other as if they were words in sentences.  But they were not, and I sat down in the nearest pew, trying not to listen to the sound I’d nearly forgotten.  I hadn’t heard speaking in tongues since I’d gone to live with Grandmother, after Mother and Daddy died in the wreck.  Now that sound was coming from the front of my church, growing louder, the man’s voice joined by the young woman’s, a sound now like a foreign tongue, now like an infant’s babble.

I leaned forward, seeing in my mind’s eye men and women standing in the creek, clothes clinging to their wet bodies, eyes high.  I’d gone to seminary to please Grandmother and had wound up burying her primitive theology in the deepest grave I could find.

At last I heard them moving forward.  I stood up and saw her first, long blonde hair nearly to her waist, her cheeks flushed as if they’d been necking.  Behind her he walked, his huge hand with wiry black hair on her shoulder.

I went on automatic pilot, smiling at them.  “We’re so pleased to have you with us today.”  She let me squeeze her thin, limp fingers before I held out my hand toward the man, easily 6’3”, a good head taller than I.  He paused before aiming his large right hand, and I noticed the missing two joints of his pinky.

“Pastor, I’m Samuel Enright, and this is Little Raven.  We’re from , but most recently .

is a state rich in history and culture, and its residents are proud, tough and resilient. Mountain Voices is a collection of stories, essays and poems that illuminate the character of the legends, the land, and the people.

West Virginia Writers sponsors an online writing group called the Roundtable. In 2003, a member suggested our various scribblings would make an excellent collection. With the help of many WV writers, we put together Mountain Voices.