God's Affair With Our Home Planet 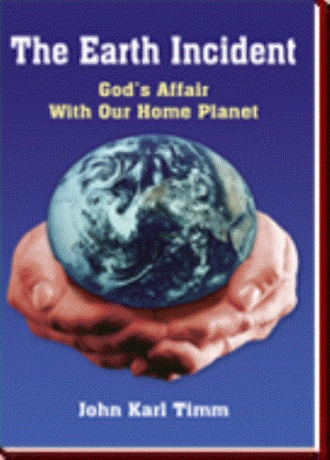 The question faced by God was the enigma of how to provide humans with an irrefutable message about Himself, while at the same time preserving their individuality and freedom of choice. Whatever was given had to be obvious in its meaning, yet not overpowering in its intensity.  It had to be delivered with enough emotional forcefulness to turn around solidly entrenched religious beliefs, but it must never overwhelm the believer.  The kind of radical change envisioned by God had to come from deep commitment, not from terrified compliance, and the declaration had to support a response of faith yet maintain that loving detachment required for uncoerced choice.  This was truly a conundrum of godly proportions.

The Chosen People had correctly described God as, among other things, the holy one of spotless purity, possessing complete knowledge, and with incomprehensible power, etc.  What they had failed to realize, however, was that those impressive attributes all combined to bring God just that much closer to them.  Their accurate appraisal of divinity ought to have implied a great sigh of relief because of God’s complete comprehension and thus total acceptance of them as His finest creation.

Unfortunately, that subtle connection was not made.  The incredible magnitude of God’s enthusiasm for this world and all of its life forms had thus far eluded human thought …largely because of deeply felt shame that permitted no inkling of a God who could love His creation with such abandon.  Yet without that crucial awareness of God’s very nature, humans everywhere on the planet would continue to anxiously range increasingly more distant from God.  They needed the accurate truth about God.

Paradoxically, a vast majority of the other world citizens of that time, even while working to put ever greater distance between themselves and raw godly power, still yearned for closeness with that One whose love sustains all of life including their own humanity.  But the special Hebrew people – those who had been selected by God to communicate the basic truth to the planet about God’s Love – had ultimately organized themselves in such a way as to obscure that essential truth about The One whom they wanted to proclaim.

What God decided to do about the dilemma was unprecedented, at least on this blue marble of a planet. God selected Himself to be the messenger.  At just the right time and at a centralized global location God determined to personally enter the realm of time so He could tell humans about their God, face-to-face.

“On planet Earth, what exactly has God been up to?” so asks the candid question that begins this astonishing journey into the mind of God.  With nothing restricted as ‘off limits’ to the investigation John Karl Timm brings decades of pastoral, theological and scientific experience to his life-long quest for plain talk about God.

The book’s first part reveals the seven Earth Rules that describe how life was designed to operate.  “Everything is Connected”; “Choice, free but unavoidable”; “Risk is part of life”; “Each one is Unique”; etc. – fundamental Rules of the planet as identified by global spirituality, scientific fact and common sense.

About the First Earth Rule, Native American philosopher Chief Seattle once said, “Man did not weave the web of life. He is merely a strand in it, such that whatever he does to the web, he does to himself.” The Earth Incident  carefully weaves the old story of divine strategy into that intricate web of science, every-day philosophy and respect for nature, to affirm the one Biblical intention guiding all life in our world.

The second part of The Earth Incident  then tells the odyssey of God’s unimaginable love for our world, the drama of that relationship as described in the Hebrew Bible, and its culmination in the New Testament.

Carefully avoiding religious jargon, this is a love story like no other, through which the Bible is uniquely presented with encouraging implications for all thinking people regardless of religious persuasion.  This book is for you.

The author, John Karl Timm, has degrees from , The Lutheran Theological Seminary at , and New Hampshire Technical Institute, and has pursued advanced studies at and .  Professionally he has been a “called” pastor having served congregations in and , and a college professor / department head.  His other publications include scientific articles, instruction manuals, devotional materials, and sermons.  The Earth Incident is his first book-length project of philosophical theology.