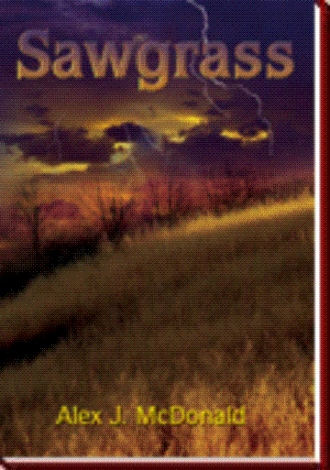 He could feel it.  The rhythmic movement felt so good.  He continued moving, pumping up and down.  The sweat trickled down his back and face, dripping on the thing of beauty below him.  He felt the strain of holding himself  up in his elbows and the backs of his arms.  He was close now, the tingling beginning in his feet and creeping up his legs and across his back.  He felt a tingling in his left hip.  It vibrated and squirmed.  Dammit! The feeling registered in his brain.  He had felt that vibration so many times.  He braked and slowed the bicycle, pulling off to the side of the road onto the gravel shoulder.  He reached down and pulled the pager from his waistband, pushing the little gray button, stopping its incessant humming.

Danny looked at the readout on the pager.  SHIT!  They knew where he was and had strict orders not to page him unless it was a dire emergency.  He aimed the bicycle back onto the hot asphalt, stroking the pedals rapidly.  Only two miles to go until he reached the finish line.  One hundred miles on a bicycle and he had almost made it without interruptions.  Well, he would finish no matter what.  He had pledges to meet.  Lots of people  pledged money for the charity if he finished this ride and he would. Danny had never quit anything in his life. In , he had carried a wounded north vietnamese Major on his back for fifty miles. The other members of his platoon told him to just kill the bastard. When the interrogation team got through with the prisoner, the information they got saved the lives of a lot of American G.I.s .

Danny eased himself off the bike and parked it next to his car. He retrieved the cell phone from the front seat and dialed.

Detective Mike Richards answered the phone on the second ring.

“Homicide, Richards,” he said with a bit of boredom.

“Hey, did you finish, I hope.”  Richards grinned at the receiver.  “I know today was important to you.  Sorry.”

“Yeah, I finished.  What is so important?”

“They found our missing cop in an orange grove off .  I’m on my way out there.  The boss wants you there.”

The “missing cop” was a city police officer who had been missing for three days.  His wife didn’t know where he was or why he might have disappeared.  Danny had known the guy for about ten years.  Had not known him well, but enough to say hello to.  Danny felt a jolt in the pit of his stomach.  If they wanted him and Richards there, that meant the officer was dead.  Danny hated the thought of an officer dying for any reason.  It was like a family member dying, whether you knew him well or not at all.

“Gimme the address and I’ll meet you there in about forty minutes,” Danny replied quietly, a bad feeling already building.

As Danny drove, he considered the possibilities.  Either the cop had a heart attack while fishing, or he was murdered or he killed himself.  No matter how he died, there would be problems.   The relationship between the Sheriff’s department and the city police administrators had never  been a love match.  Not between the officers on the street.  They always worked well together.   Like all cops, they were brothers who had to depend on each other for survival.  Bonds were always strong when you had to rely on another to do the ultimate.  Kill for you or die for you. Like soldiers in combat.  No matter how much you hated the other one personally, when a cop yelled for help you busted ass getting there.  The animosity was between the top brass.  Petty jealousies and the perception the other guy was trying to topple your kingdom clouded common sense and good judgment. 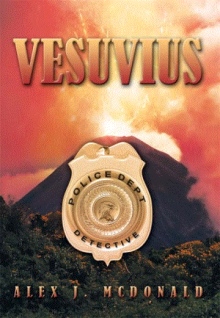 A missing cop is found dead in his car in an orange grove.  Suicide or murder?

The evidence points to murder but the bureaucrats want it to be suicide. Det. Sgt. Daniel Quinn is in charge of the investigation and sets out to prove murder. A second murder occurs and Quinn finds the two are connected.  Quinn becomes embroiled in a drug smuggling investigation and is forced to battle politics, a smuggling group and even the D.E.A.  All of this leads to a surprise ending.

The author is a native of South Florida and still lives there with the love of his life. Married to his wife of twenty five years, he is the father of a grown son, who is one of his greatest achievements and his best friend.

The author is an avid outdoorsman who grew up hunting and fishing in the Everglades. He is a veteran of thirty years of law enforcement and is still serving as a Deputy Sheriff in Broward County. He is a respected police tactical instructor and has extensive training in the martial arts.

The author has been widely published in law enforcement periodicals along with Karate International and Skin Diver magazines.

This is his first novel.