Boxer of the Year 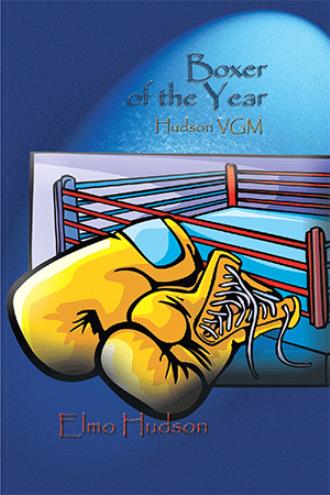 I was born on October 8, 1943 in Springhill Arkansas to the parents of Lacy Hudson and Lizzie Mitchell. We moved to Lansing when I was three years old and lived on the East side of town, where I attended Allen street school till I was about eight years old. We had to walk a mile to school, and my older brother Rufus Hudson and I ate lunch at a drug store across the street from the school, since our parents were both working. My mom washed dishes at a Greek restaurant on Allegan street in downtown Lansing, and my dad worked at the Fisher Body plant on the Northwest side of town. My dad loved to work and as long as I can remember he has always worked on two jobs, working for himself doing the day. We would help him on Saturday and the days we were out of school.

One day when we came home from school and our parents had moved to our new home that my Dad had build. My brother and I alone with my puppy, caught the bus to the Northwest side of town on West Maple street, where we attended Willow street school. The Kids in our new neighborhood weren’t very friendly; there were only a few black familys that lived in our neighborhood. My brother and I got a job selling the Lansing State Journal papers in downtown Lansing, every day after school and on Saturdays. The papers only cost a nickel., about a couple of years later we started selling Sunday papers. I used to make over twenty dollars a night, starting at seven o’clock Saturday night untill four o’clock the next morning. In the winter it would get so cold over in the night, that I would sat on one of the stacks of papers and place my head inside my coat to keep warm in front of white spot grill, on West Saginaw street.

After about a year this young white man who was in charge of the papers quit. This other white man took over, who was a racist, and saw that I was making to much money for a black boy, so he took my job away from me and placed a white boy in my place, and then he gave me a job making about six dollars a night, so I quit selling papers. I’ve always felt that my dad should have said something to him. I used to go past a certain house on my way to sell the Lansing State Journal in downtown Lansing. I notice when I would walk pass this boy about sixteen years old house he would look stern at me. One day he opened the screen door and called me a nigger. (Many years later while I was working for General Motors I had him for a Foreman during,the first lawsuit, for about a week. He called me into the office when I was placed on the Floor Inspection classification, after finding out that General Motors had discriminated against me, therefore they transfer me to this job, to keep me from claiming discrimination.

He asked me how come I came in at four thirty in the morning to work in a upset voice. I told him that I always work when the line works. He told me sternly he did not want me coming in to work at four thirty in the morning. Later I called the committeeman when he found out, he told me not to ever put my hands on that phone, that it was his job to call the committeeman, that I was to ask him to call the committeeman, and he didn’t care if it was ten times in one day. I told him that I didn’t have to use his phone that I could use the paid phone. I told Jack Pollitt that I wasn’t going to say this, but I will now. I said that I was the young boy that used to walk pass your house on my way downtown to sell papers, and you lived on Bluff street, and you called me a nigger, because you didn’t like me walking pass your house. He showed no remorse and looked at me, as if to say, so what.

I told Judge Thomas Brown in my first lawsuit on May 30,1989, that Jack Pollitt called me a nigger, for just walking pass his house, when I was about twelve years old, he laughed and said that was a long time ago, that people can change. Then a couple weeks later in court when General Motors attorney William Schulz asked Judge Brown to award them attorney fees, when they knew they had lied. He awarded them 9,624.60 cents. Then he told me this will teach you to go up against General Motors, After graduating from the sixth grade, to the West Junior High School I had to walk about seven miles to school, which was located on the West side of town, where most of the black family's lived and went to school. 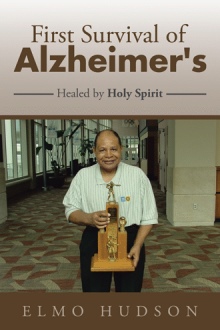 The benefits of this book is to inform the public how General Motors treat their black employees that files a Civil Rights complaint and lawsuit against them. They will commit fraud and conspiracy before the courts. This has been going on since August 19, 1983 to the present.

This book is about all the pain and hardship I have to go through as a result of this ordeal. This will inform the blacks of what to do and say. And how they can be victorious against a large Corporation. I have experience everything that I am talking about for twenty years and still trying to get some closure from this ordeal.

I have experience seeing a psychiatrist and psychologist since May 15, 1985. I was taken off work in July of 1992 and was placed on total and permanent disability with Social Security. This also tells about me leaving home and moving south to Arkansas and having to go to a all black school.

I also had to plow the white man field with two mules and a plow. I also won several titles in Golden Gloves Boxing and was the number one boxer at one hundred and twenty six pounds featherweight here and I was nominated for all Army boxing. I would say to pursue your goals until you get the justice you so deserve.

The author feels like he is capable of writing this manuscript because of being the main character in this book. He has been through hell in pursuing his complaints and two lawsuits since August 19, 1983 until the present. The author feels like he is still going through this as he writes he is reliving it. He is thoroughly convince, that you only get out of this, is what you put into it.

The writer feels he is still capable of getting the justice that he deserves as a believer and a African American. He will not quit or throw in the towel until he has exhausted everything to get the serenity that he so deserves.