A Thousand And One Night Stands

The Life of Jon Vincent 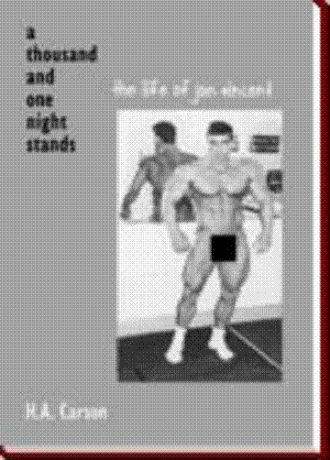 I was born on Dec 17, 1962 in New Orleans. I was born at nine o’clock on a Saturday morning. I’m a Sagittarius, if that matters; and my name is Jeffrey James Vickers. I am the first-born of two kids: me and my little brother. I don’t remember much about my childhood. I think the first memory I ever had was getting a dog--a poodle. I named her Bootsie. I guess I was three or four years old. She was a sweet dog, a sweet memory. In fact, that was probably the only good wholesome memory I had as a small child. After that, my memories are horrifying.

We lived in New Orleans till I was about two and a half years old. Then, we moved to Baton Rouge. My father was a truck driver--a teamster. He started his career driving for Trailways. That was like Greyhound. After we moved to Baton Rouge, my father started driving an eighteen-foot wheeler. I can vividly remember times my mom would have to drive to meet my father to bring him a change of clothes and stuff on the road. My dad was pretty rowdy. My dad was a real, real hard core redneck. And a big fighter. Sometimes, his temper was out of control. I remember seeing him run this car off the road one time in his truck. Then, he jumped out, pulled the other guy out of the car and beat the s--- out of him. I guess driving a truck like that, the road rage must have been pretty high. That’s the first vivid memory I have of my father. I was close to my father’s parents as a child. My grandfather and grandmother were stern people, good people. He had a brother and a sister. I never met my aunt, but I met my uncle. Unfortunately. He was also a real redneck and a real son-of-a-bitch.

I remember being seriously disciplined by my father as a child. By my uncle, too. Whenever we were bad, we had to go cut the switch off the tree for them to whip us with. To this day, I hate my uncle for the way he used to beat the s--- out of me and my cousin. He’d whip us with a switch across the back until we bled. I remember when my father had to discipline me once at my grandfather’s house. My uncle was there, and he kept saying: "Let me whip him; I’ll whip him first!" Real hideous b---s---! Those two f---ing rednecks . . . I forgive my father for it. I love my father. God bless his heart; he was a good man. He thought he was doing the right thing, but the way we were disciplined was barbaric. It built a lot of fear inside of me. My uncle was a different story. He was a jerk. He was always trying to boss people around. He bossed me around until I was about fifteen. That’s when I told him if he touched me again, I was gonna kick his f---ing ass. That was the last time me and him had any confrontation of any sort. I guess he figured I was a lost cause after that--to say something like that to his face.

Maybe some of it had to do with the fact that my uncle and his wife weren’t really all that fond of my mother, and it showed. Actually, my father’s whole side of the family never liked my mother. They knew she was heavy into gambling. She was addicted to it--big time. She even worked part time as a bookie; and they just didn’t understand or approve of her lifestyle. Of course, my mother never liked them either, and they could tell.

When I was a young child, my family was pretty dysfunctional. My parents were almost never at home. My mom worked as an executive secretary, but even on her days off, she was never home. She was always going up to New Orleans. She had a friend and business partner there named Donny. Sometimes, she took me with her. Donny was a real high roller. A mobster actually. He was a cool guy. He treated me like a son. He bought me anything I wanted. He even let me give pool parties for the neighborhood kids at his house. He spoiled me f---ing rotten. He was like another father to me. It was really confusing for me sometimes. I’d think: But what about my dad? My real dad stayed home of course. He spent most of his free time hanging out with his friend, D. W. They’d go out every night drinking in the bars. I’d be left at home with my nanny, Mildred. She was a black lady between forty-five and fifty. I think about her all the time. She took care of me from the time I was four until I was around seven years old. So, my mom was always in New Orleans at the horse track, and my father was always out in the clubs. They never knew what was really going on with me.

They did make friends with people in the neighborhood though. One of them was a guy named George. He was my parents’ houseboy. I remember him as a tall, thin geek with a blond crew cut. He was twenty-one, maybe twenty-two years old. His father was a chemical engineer, but he was never home either. George didn’t work--at least not that I ever saw--except for my parents. He ran errands for them and did work for them around our place--all free of charge. He was always sucking up to them. They thought he was O. K. They were wrong. George was the monster lurking in the neighborhood that my parents never knew about. 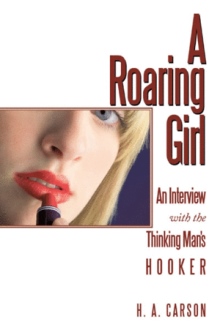 A Thousand and One Night Stands is an experience that will continue to affect its readers long after they have finished the book.

H. A. Carson is a freelance writer and resides in California.