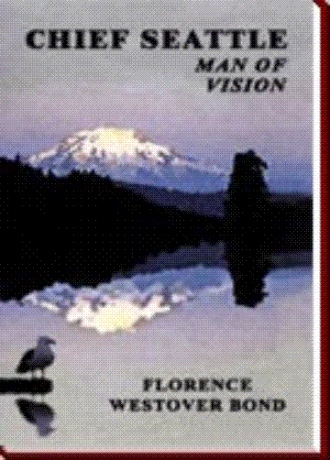 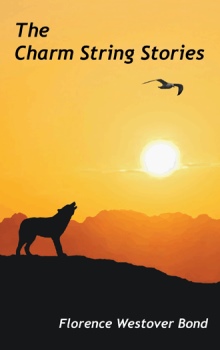 This biography of the famous Native American traces his life and the development of the Puget Sound region and how each affected the other.

The book sets the stage by describing the lifestyle of the Indians on the Whulge (Puget Sound) and the early encounter Seattle had with the English Captain George Vancouver.

As Seattle grows to manhood, he finds his guardian spirit, the spirit of peace, his tribe begins to construct a great home-fortress, Tsu-Suc-Cub, and Seattle begins to dominate the life of his tribe.

Through a series of events with enemy tribes to the east and north, Seattle becomes the most powerful chief on the Whulge.

Increasing white migration begins to affect life on the Whulge. Seattle works to help his people adapt to the resulting changes.

Ultimately, Seattle makes a decision, which carries profound implications: he decides to keep the Whulge part of the United States.

As time takes its toll on Seattle, he endears himself to white and Indian alike; he then slowly slips away.

This biography, intended for young adult and adult readers, gives the famous Native American an authentic human character with all the attendant strengths and weaknesses that individual possessed. This book would be appropriate for Washington State history courses, which are required by many colleges and school districts in the state. There is increasing interest in the Puget Sound region as the importance of that region to world markets and the volatile world economy increases. This book places a human quality on the early days of the region; the book is an excellent place for a study of Puget Sound to start. It is also interesting to remember that the famous chief was born just over 200 years ago, a short length of time for such profound changes as shown herein.

Although many reference books give one or two page summaries of Chief Seattle's life, there are no biographies of him in print. Those summaries tend to largely agree with the story line in this biography. In fact, for a person who had such a profound effect on U.S. and world history, there is precious little available at this time.

In the fall of 1881, Ida Belle Westover received word that if she wanted to see her mother, Christina Minor Martin, alive again, she'd better return to Modale, Iowa. She was pregnant at the time, and the trip from Ord, Nebraska was difficult.

Her mother died as predicted, but winter had set in and Ida couldn't make the return trip until after the birth of the baby. Florence Christina Westover was born Christmas Day, 1881 in Modale, Iowa.

As soon as she was able, Ida Belle started back to Ord with little Florence. On the way back, the stagecoach was snowed in a few miles from Ord. Led by her husband, William Ambrose Westover and an uncle, Robert Nichols, a deputy U.S. Marshall, a rescue party came to get them.

When she was one year old, Florence's father moved the family to Seattle by immigrant train. For a time he was deputy state land commissioner, and while in Olympia, Florence endured the first tragedy of her young life, witnessing the drowning of her brother Guy. The family eventually moved to Chehalis where her father opened a law office, and, in later years, served as mayor. There she graduated from high school at sixteen and two days after her 17th birthday she married the high school principal, Elias A. Bond.

They had five children, one of whom, Margaret, died in adolescence of pneumonia. The other four each served in the U.S. Navy during WW II, attaining the rank of Lieutenant Commander, each earning Ph.D. degrees in education. During 56 years of marriage to Elias, Florence ran a good sized chicken ranch, and, as one of the first female licensed building contractors in the state, built a number of houses.

It was during her early childhood, however, that Florence had experiences, which would influence her interest in Native American cultures and early pioneer days. She developed a relationship with a number of Indians, among them, Princess Angeline, daughter of Chief Seattle. Florence's father, being an educated man and an attorney, had contact with many persons of note, both Indian and white. In her late teens she was quite an elocutionist, winning several medals in competition.

All of her other accomplishments and experiences notwithstanding, Florence Westover Bond was a marvelous storyteller, first enchanting her children and grandchildren by the hour. These two books, The End of the Trail (originally titled The Charm String Stories), and Chief Seattle, Man of Vision are her legacy.