Soren Kierkegaard and I 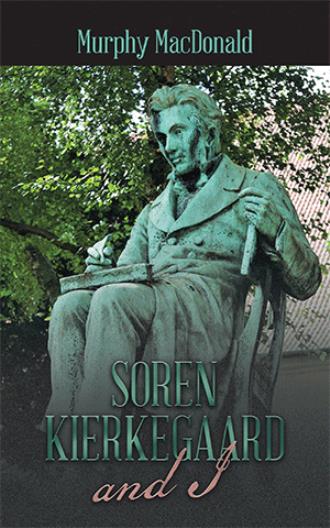 I first met him back in the 1970’s while an undergraduate at the City College of New York City (good old CCNY). Personally, and as usual, I was a psychological and physically skinny mess; a ‘rotten kid’ as my mother always called me. I was perpetually adrift like Ishmael over 70,000 fathoms; alone and abandoned; drowning in a menacing indifferent sea of misery and hopelessness. My girl Agnes of some three years had recently dumped me just like that over the phone with no appeal. “Love is not enough,” she said in a cold voice. I knew deep down why she just up and did it like that: I was a loser with no future, a nobody, a taxi driver in the city, a loner, antisocial, morose. I wore a chronic Roskolnikov-like scowl. I stuttered. I hated everybody, especially my mother. I was crushed yet desperate for sex, which wasn't coming my way again anytime soon. The bleak years ahead looked grim and forbidding. I was clinging and staying afloat by my fingernails. Anyway, during one semester, I registered for a course called Existentialism; why I don't know. Perhaps it was just the word itself. It had a mysterious esoteric ring to it. One of the books on the syllabus was a certain ‘Fear and Trembling’; which title also seemed to me appropriate enough and aptly applicable to my situation. Although I passed the class in the spring, I understood precious little of the book. Soren Kierkegaard. What? The absurd. The teleological suspension of the ethical. Infinite resignation. Child sacrifice. Abraham’s outward demeanor. The leap of faith. Wasn't Abraham just a psycho killer? I tried to pass off my perplexity with a shrug. In any case, burning space and time seemed to me excruciating and static, a hypostasis If you will. Every day was just like yesterday as I sank deeper into despair forever drowning in it. The loneliness was like the air I breathed. The silence was only interrupted by the blood pounding in my head and by the sound of the mice running around inside the walls of my tenement apartment. The nights were the worst. During one of them I had an intense event, which in retrospect, might have been a quasi-mystical encounter with God. I felt as if He were crushing my chest. Yes! Yes! I cried into the empty apartment. Yes! And I realized at that moment that I must endure and suffer gladly the slings and arrows of outrageous fortune. In the end life would kill me anyway. What was my hurry? I put down the bare bodkin I was pointing theatrically at my heart and sighed. Here I was a hostile Introvert sealed inside like a demon in my own bubble. My lusts were insane and strictly vicarious. My apartment was like an echo chamber. I talked to no one, and no one talked to me. The phone never rang. But I now realized what I must do; I must break free from this self-imposed trap by going out into life, rub elbows with my fellow man, get dirty, get hurt and injured, and of course meet girls face to face. SK was ordering me in his book to get back into the mix. What the hell? I was young but I was also one day closer to death; and the first step was to exercise. I therefor joined the local YMCA. I started to lift weights and to run around the block. The effort cost me dear since I had no stamina or physical strength. But I have been running ever since. I also enrolled in a ju-jitsu class. There I first met Judy. She and I had been paired by the sen-se to practice some of the sequences in this martial art. So, we stood practically nose to nose deflecting and tripping and faking jabs. We were both around the same youthful age; our gazes were often interlocked; and sure enough an intimacy soon arose between us. We soon ‘got it on’ as the Hippies said in those days. She was an attractive young woman with curly hair, buxom, and very slim ankles. She was an assistant editor at Random House, a Barnard graduate, and from a well to do orthodox Jewish family. Merchants and doctors and lawyers and such. We didn’t talk much. I think she was as introverted as me. The irony of our relationship was as thick as a brick. Even though she was a quiet rebel flouting her background, she at the same time fearlessly embraced her roots by introducing little old me to family and relatives; a goy no less! Although she wore a poker face while I sat down to family dinner or met grandmothers and cousins and uncles, I suspect today that she was laughing all the while. After all, all gentiles were strictly taboo. To the older set, I simply had no acceptable pedigree or reason to be alive much less an intruder into their world. But one thing for sure: it was an absurd relationship, in which marriage would be forever out of the question. If Judy were ever to cross that line, she would have been disowned. We may have been skating on thin ice, but it was for us a free ride, if you will, as long as it lasted, which it did for some four years. 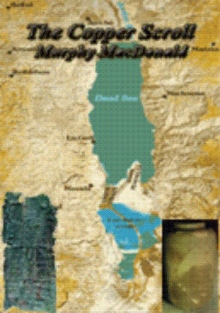 This Book is about the nature of the Philosophy of Existentialism and its originator, Kierkegaard. Today people love to throw this word around without knowing squat about what it means. A fool is always hoisted by his own petard. Existentialism is not a finished system like Plato’s Dialogues or Marx’s Das Capital or the scientific method. It is rather an ‘existence statement’ that has to do with being an individual and how to remain one in the extremities of existence. We also learn that this philosophy is a flat-out religious search for the meaning of faith and self and God. Take that away and you have bogus existentialists like Sartre or Heidegger. The narrative, in addition, seeks to entwine itself around selected events in the lives of Kierkegaard and the author. In that sense, the work is a thumb-nail biography of sorts about both of them, and how they have interrelated over the decades. This is a dialectical approach; for the author is, in so many ways, indebted to the philosopher’s ideas and theories on how to live correctly.