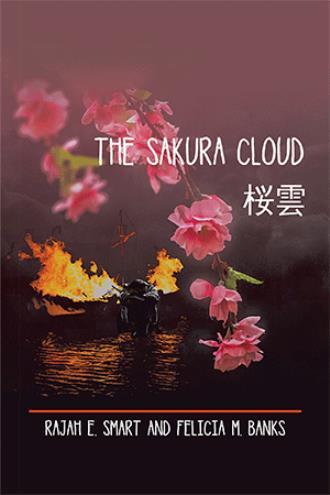 People explained childbirth to her, but she never expected it to be this way. Ayami lifts and drops her head back, staring at the ceiling as a contraction begins to take hold. She clinches Rizuu’s hand again in reaction to the intense pain. Their life together flashes before her eyes as she thinks about the past five years, and how tough it has been to follow “his” plan. She loves him very much but often feels under so much pressure and stress under the plan. The last two for her have been very tough, as even now she contemplates leaving because of the staleness in their relationship. She could tell him anything and enjoy the smallest things with him, but that faded. She has always wanted a child and knows they have that in common, but lately, that seems to be all due to the plan. Luckily, money isn’t an issue for them because of their success. Once Ayami became pregnant, she took leave from a very prominent accounting firm in Toronto to avoid risking any complications or causing stress-induced labor. “Work in itself is like a kid due to all the silly people who act like children,” Ayami always says. She watches her husband filled with excitement, but then chooses to stare out the large window that runs the length of the room to take her mind off the pain. She is not only in pain due to labor but also something she’s been keeping a secret. The panoramic view of Lake Ontario is her focal point. She doesn’t feel Rizuu knows she’s unhappy or that something is bothering her. In all the labor chaos, she thinks he interprets her mood as labor pains talking. Ayami feels a contraction coming faster. The pain is almost unbearable. The finale of the pregnancy is here. The time has come for their child to come into the world. Intensity surrounds the room with Ayami screaming at the top of her lungs, intensely pushing the baby out of her small body. She hears the doctor gently talking to her, but it all sounds like babble with the pain she’s experiencing. She feels Rizuu wiping the sweat off her forehead and clutching her hand. The words of encouragement that have been missing from their relationship, she hears now. She doesn’t want him to feel useless, but the pain is too great for her to care deeply about his encouragement. The doctor asks her to push again, as Ayami screams. She hears the doctor instructing her softly, but ignores his words as her focus is on seeing a head emerge. With one last successful push, the baby emerges, covered with fluid. Ayami rests her head on the pillow, exhausted from the ordeal, crying tears and sweat. Taking a breath, she lifts her head to see this blessing that has been bestowed upon her family. The baby has beautiful thick, ebony, curly hair and a darker complexion than expected, which changes the emotion on Ayami’s face. Rizuu looks at the baby and Ayami’s face. She feels like the look on her face is telling him something, so she takes his hand to say something. She realizes that he is oblivious, but is sure she needs to be honest. In pain, she pulls him close to whisper something in his ear. What she whispers in his ear changes his whole life in an instant. She finally has to answer the question of whose baby it is? It has been on her mind since pregnancy. As the nurse moves the baby to clean the residue off, Ayami’s eyes are locked on the child. She could have waited, but Ayami feels she has waited enough. The guilt has been killing her. Glancing over at Rizuu, Ayami notices his face. She can see shock, embarrassment, sadness, and discomfort with every blink of her eyes. He snatches his hand away from hers, leaving her hand bare. Tears begin to develop, and she realizes that their marriage has been merely a habit instead of a relationship. She thinks about her extramarital affair and wonders what’s on his mind. Ayami never told her husband about the affair when she found out about the pregnancy, hoping it would change things. While the doctor and nurse take the baby over to the warmer and examine her, Ayami can feel tension. At some point, she knew he would finally have to face it and stop pretending things were okay in their relationship. The doctor watches Rizuu standing in the corner. The doctor interrupts to congratulate her on the successful delivery. Ayami produces a fake smile and watches him leave the room accompanied by the nurse.

Please allow us to introduce--THE SAKURA CLOUD—a--mystical story about the true price of love. Rizuu, a Japanese man, knows the precise moment when his world fell apart: the instant his longed-for daughter was born and he saw her dark skin and curly hair. He and his wife, Ayami, had been trying for years for this pregnancy. Ayami confesses that she has been unfaithful, and the child is not Rizuu’s. Rizuu seethes with anger. He has spent his entire married life working hard to give Ayami everything she could ever want, and she has betrayed him. He will never forgive her or accept the baby. After taking her life in a moment of rage, he has a series of impossible events that always begin with the aroma of cherry blossoms Sakura flowers, the symbol of life and love. The dreams take him on a journey that shows him what life would be like without Ayami and baby Amaya.

Born in Flint, Michigan, Rajah and Felicia draw inspiration for growing up in this diverse environment. Rajah's pastime was writing, and Felicia indulged more in reading to help escape their hometown's daily hustle. With eight books in the portfolio, he continues to develop ideas for various projects with support from Felicia on past and future projects. The books all focus on relationships and specific topics such as love, infidelity, and communication. Rajah was first interested in creative writing when completing a course in college, whereas Felicia has always written and created ideas. Independently, two of his books were adopted as college course books. All previous books can be found at any major online bookstore.