When the Angels Came 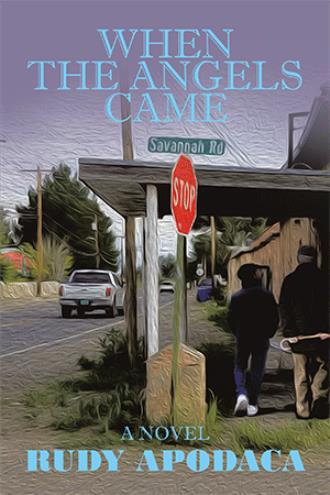 One DI, Staff Sergeant Hendrix, appeared to repeatedly single out Santiago for some imagined mishap or screwup, or so he thought. After a few weeks, when he realized Hendrix had also gotten on the backs of three other Latinos in his unit several times a day, he got curious whether the sergeant had some special grudge against Latinos. Of course, why should this kind of bigotry exist just outside the Corps and not within it? One day, his curiosity became a certainty. “Dominguez!” Hendrix shouted within inches of Santiago’s face during an inspection of footlockers. “Your crap isn’t orderly. Look at your socks!” Santiago was standing at attention right next to the foot of his bed. “Permission to be at ease, sir.” In the Marine Corps, DIs were addressed as sir, not sergeant, even though that was their rank. “Permission granted. Now look! Santiago bent down to view the footlocker’s interior. Because he had inspected the contents only minutes before, he immediately spotted the pair of socks that had fallen from the top of the pile to where his handkerchiefs were neatly stacked in place. “Sir, that was in place last time I checked.” “Well, it’s not in place now, is it, Dominguez?” “No, sir, it isn’t.” “Report to my office immediately after inspection!” “I certainly will, sir.” Five minutes later, Santiago stood at attention in Sergeant Hendrix’s office. “I’m assigning you to extra firewatch duty every night all of next week as a result of this infraction, Dominguez.” “Pardon me, sir, for this one . . .” “Don’t you dare question orders, Dominguez! You just follow them. Comprende? You understand?” “Yes, sir, I understand.” “And make sure you understand the Corps’ manuals, and this company’s rules and regulations from here on out.” He paused, grimacing. “Or would you rather the Corps provide you with versions in Spanish, so you’d understand them better.” Santiago remained at attention, but his eyes focused on the sergeant’s eyes. “That won’t be necessary, sir. I understand English perfectly.” Probably better than you do, asshole. “At ease, Dominguez. I’ve got something else to say.” Santiago spread his feet and relaxed. “I’ve been a drill instructor a long time. I’ve come across your type before—many times. And I’ve always found your bunch not quite up to par—measuring up—with the rest of our recruits.” “Just exactly what do you mean, sir—my ‘type?’” “You know, you Mexicans. Like the rest of them, you’re frail. You might not look it, Dominguez, with your light skin and green eyes, but that’s what you are, ain’t it?” “Actually, sir, I’m not technically ‘Mexican,’ as you put it. I’m an American of Mexican descent. That’s quite different. I was born a U. S. citizen, and so were both my parents. We never resided in Mexico so technically, we’re actually not ‘Mexican.’” “Well, let’s not get technical, shall we? You know exactly what I mean.” “Yes, sir, I know very well what you meant. But if I may, I beg to differ. Neither I nor those other Latinos you refer to are weak.” He paused in thought. “Possibly in your eyes. But that doesn’t make it so. Sorry to disagree, sir.” He found his mouth suddenly getting dry. “Well, ‘disagree’ all you want. To me, it’s my eyes that count, Dominguez. And in my eyes, you’re weak, like the rest of your bunch. Both mentally and physically.” “Sir, at six feet in height, I’m at least two inches taller than you. And about twenty pounds heavier. If I’m weak, what does that make you, sir?” Sergeant Hendrix jumped out of his chair, turning beet-red. “Don’t you make the mistake of being a smartass with me, Dominguez!” He barked in a louder voice. “Understand?” “I was merely asking you a question, sir.” “Yes, in a smartass sort of way.” He seemed to realize he might be losing control, which may have gotten him angrier. He now appeared to be trying hard to calm down. Finally, he spoke. “You know, you remind me that for several years, I’ve seen the Corps become weaker because of recruits like you. And it’s my job to make sure the Corps improves, despite that.” He paused in thought. “And now, I hear that in a month or so, the president will sign an order desegregating our military forces. Including our cherished Marine Corps.” He shook his head. “In a couple of months, in addition to spics, I’ll be having to train niggers to become Marines. I assure you they’ll do no better than your fellow ‘Latinos,’ as you prefer to be called. What is this country coming to?” He shook his head and sat back down. “You’re excused, Dominguez.” His voice was much lower. “Get out of here. I’ll post your schedule for extra firewatch duty. And I’m setting it for two weeks, not one, due to your insubordination in my office. Maybe you’ll learn something from that.” He looked up at Santiago with disgust written on his face. “I’m sure I’ve learned something from all this, sir.” But not what you think, you ass. He realized, as he glared at Sergeant Hendrix, that neither of them would ever sway the other’s opinion on these ethnic differences. The gulf that presented itself between them couldn’t have been wider, and so Santiago decided to leave well enough alone. He knew full well he’d never be able to persuade the sergeant that his views were miserably distorted. He turned to exit but stopped at the doorway. From there, he glared at Hendrix, who was almost smiling. It took all his strength not to utter what was on his mind. Instead, he stormed off, his thoughts clouded with his own disgust. 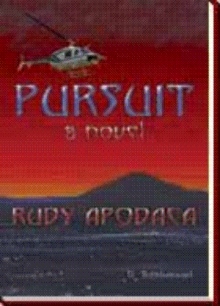 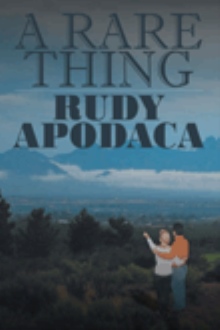 Relatively few Latino novels are published yearly in the United States. Now, from Rudy Apodaca comes When the Angels Came, a compelling story of a 12-year-old boy and of the old man who befriends him and a poignant narrative of their unparalleled friendship. The story begins in 1934, in west Texas, when Santiago Dominguez, as a six-year-old, loses his parents and is then raised by his loving uncle. Four years out of high school, as a Marine, Santiago finds himself fighting in Korea, where he’s injured and awarded the Silver Star for bravery. Two years later, in 1952, he moves to San Miguel, the “tiniest” of villages hidden along the Rio Grande in southern New Mexico. There, for many years, he lives a quiet and private life, earning a reputation as a good man but nonetheless a recluse. Being modest, he tells no one of his past. Not until 2011, when Jamie Almaguer moves into San Miguel with his parents, do the boy and Santiago, now 83 years old, meet. The old man is now known as Don Santiago, the title, a tribute of respect. Despite warnings from other youngsters to stay away from Don Santiago, “The Hermit,” as they call him, Jamie, by mere happenstance, meets the old man at a grocery store. From that chance meeting, the two begin a relationship that bonds them, despite their age difference. Don Santiago guides and comforts Jamie through difficulties in his young life, his first confrontation with racism, the sexual assault of his close friend, and the sudden illness of his mother. In time, Jamie comes to treasure Don Santiago, who molds him, providing the tools to tackle life’s issues. This, at a time most youngsters, often with considerable apprehension, are exploring the world around them and what living in it is all about. Ten years later, when a graduate student, Jamie makes his final entry in his journal, the spirit of Don Santiago within him. Above all else, Jamie writes, Don Santiago gave me what I considered the greatest gift anyone can give another. He believed in me. That can do much to invigorate and inspire the soul and the mind of a youngster just barely starting out in life.