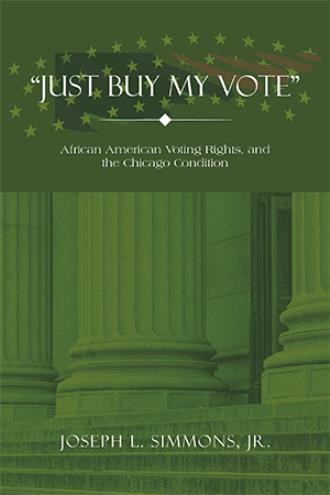 The 13th Amendment freed the slaves, and the 14th Amendment gave them citizenship. But the key to the First Reconstruction was the 15th Amendment, “guaranteeing” male former slaves the right to vote. The Fifteenth Amendment to the United States Constitution prohibits the federal government and each state from denying a citizen the right to vote based on that citizen's "race, color, or previous condition of servitude." That First Reconstruction era was a remarkably brief Reconstruction period of 1865 - 1877, I refer to as African Americans’ “Tease at Democracy.” Followed by an era of white violence, lynch mobs of white supremacy and ninety years of violent Jim Crow rule. Significantly, the Great Migration accomplished by millions of black people, changed the United States from a country where race was a regional issue, and black culture existed mainly in rural isolation into one where race relations over time positively and sometimes painfully, affected the texture of life in nearly every city and suburb in the nation. It is arguably the most revolutionary and significant sociological event or movement in the nations history, that altered politics and popular culture at every level. In sum, due to the Great Migration, while African Americans made up less than 2 percent of the city’s population at the beginning of the century, by 1960 the city was nearly 25 percent black. The Great Migration radically transformed Chicago, both politically and culturally. It took nearly one hundred years for the Second Reconstruction to emerge. The journey by African Americans in their pursuit of civil and voting rights followed along the Great Migration in the early 20th century to the Civil Rights movement, including the victory in Chicago of Harold Washington in the 1980s, and including a black president elected from the South Side of Chicago. However due to what appears to be a national assault on voting rights in response to that progress, a Third Reconstruction is clearly overdue.

It is a federal and state felony to buy or sell votes, or to offer to buy or sell votes, yet “Just Buy My Vote”: African American Voting Rights, and the Chicago Condition is a unique story that must be told. It is a story where I attempt to summarize without excruciating detail the relevant portions of nearly three centuries. “Just Buy My Vote” is also unique in that it covers race relations, black history and urban history; written from the perspective of the Southside of Chicago. “Just Buy My Vote” is intended to inform the reader about the significance of voting, by explaining voting rights in layman terms, with the use of the voting rights laws, history, philosophy, and sociology. It is an effort to raise the level of political consciousness among Americans, to help readers to realize the history of voting rights and be encouraged to use the power of the vote to further all of our best economic and social interests. Thankfully, in the presidential election of 2020, we got the voting part right! We now have a democracy to save. “Just Buy My Vote” is a tale of two stories. First, it tells a story about how African Americans in this country attained the right to vote, and utilized that power to improve their lives, and the lives of many others, for future generations. And secondly, “Just Buy My Vote” uses Chicago as a case study of how voting rights and voter apathy, helped enable an old school “political villain” and his machine, to maintain a system of public and governmental corruption in Chicago for two decades. In my writing this book, I aimed to inform on history, and have also attempted to describe a journey, within a journey.

Joseph L. Simmons, Jr. is uniquely qualified to write “Just Buy My Vote”: African American Voting Rights, and the Chicago Condition because he grew up on the Southside of Chicago, and was an active participant in Chicago politics by organizing and fighting against the corrupt Daley Machine for several years. In addition to actively participating in many local elections, Joseph ran as a reform candidate for the Chicago City Council in 1995 and 1999. While Joseph was active in Chicago politics, he watched the beginning years of President Barack Obama’s political career in Chicago. In 1996, Joseph was appointed Treasurer of the Chicago Board of Education (a/k/a Chicago Public Schools), the first African American to have ever held that position. Joseph, while discovering years of financial mismanagement at the Board, was subsequently forced to sue the Board of Education for both political and racial discrimination for his removal from the Treasurer position. Joseph was also a plaintiff, and testified in a voting rights lawsuit against the City of Chicago (Barnett v. City of Chicago, 1997) a/k/a the “Chicago Ward Remap Case.” This lawsuit was successful in causing the re-drawing of city ward boundaries to increase the number of African American majority wards on the Southside of Chicago. And while living in Chicago, Joseph was a Board Member of the Citizens Information Services of Illinois (CIS), which among other things helped provide voter education services to the public, and in schools. Joseph’s opinions are informed not just from growing up and operating politically on the Southside of Chicago, which is the best education you can’t pay for, but also having received his B.A. in Psychology from Northern Illinois University, and a Master’s degree in Urban Planning and Policy (MUPP) from the University of Illinois at Chicago (UIC). Joseph moved from Chicago to Las Vegas in 2002, and since moving to Nevada has worked as a Realtor, transacting buying and selling real estate in the Las Vegas Metropolitan Valley.