Out Over Blue Water 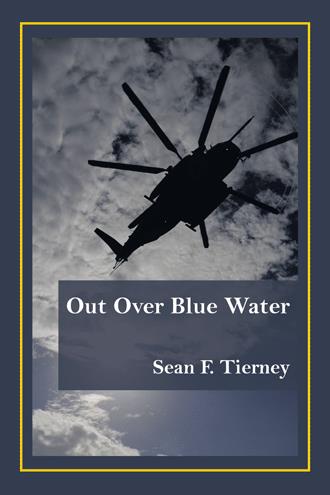 I joined the Navy through the college ROTC program in the late 80s. In addition to the regular academic supplements and summer training, midshipmen also had the opportunity to participate in special programs during breaks as they were available. One year, there was an opportunity for a week-long orientation program with the Marines, and being the naive, optimistic young kid that I was at the time, I thought "That sounds like fun." (I can hear you Marines chuckling already. Shut up.) "Orientation" turned out to be a euphemism for something completely different. We were transported from the airport to the base by school bus and it was during this ride that we met our tour guide for the week. He introduced himself as "Gunnery Sergeant," making it quite clear that other methods of address were unacceptable. For expediency, he took the liberty of introducing all forty of us to each other as well. I think my name must have been misspelled on the roster but since all thirty-nine other midshipmen were apparently also named "Maggot," I thought it was probably easier not to question it at that time. As it was, Maggot (three seats forward and two to the left) had a question of his own and raised the inquiry to our guide. I guess he was too distracted by the quick introduction to his other 39 tour-mates because Maggot didn’t remember to use Gunnery Sergeant’s full name in addressing him and that displeased our guide very much. Poor Maggot found himself face down in the center aisle of the moving school bus doing push-ups at 40 mph. Maggot (three seats straight back) thought this was funny, and earned himself ten miles of pushups as well. After the bus experience, we were beginning to suspect that this week wasn’t going to be exactly the tour we expected. We were given a schedule for the next morning that included breakfast at 0700. At 0445 the next day, we were aggressively woken from our beds and informed that we had 15 minutes to get showered, shaved, and dressed if we wanted to get breakfast on time. Maggot (across the aisle, four bunks left, top rack) said he thought that breakfast wasn’t for at least another two hours. Now you would think that someone who got up this early so often would be more of a morning person, but that was not the case with Gunnery Sergeant, and the question was not received pleasantly. After Maggot did his 50 pushups, Gunnery Sergeant informed us all that breakfast was in fact at 0700, but was a five-mile hike away from the barracks and so we had better MOVE! The next fourteen minutes and fifty seconds are a bit of a blur, but I do know that I made it out front on time. Unfortunately, Maggot, Maggot, and Maggot did not. At first, I felt bad for them, sure that I was about to witness at least one of the horsemen of the apocalypse descend upon these three, but I was wrong. Gunnery Sergeant hadn’t explained to us that he saw this as a team effort, but he made that clear to us in the form of 2000 more pushups for us to complete collectively. From there we set off on our walk. We walked a lot that week. I still wonder sometimes what the Marines do with all of those Humvees, trucks, and troop transports because they seemed to prefer walking whenever they could. We walked so much that at the end of every day we had to line up, sitting on the ground with our boots and socks off so that a corpsman could inspect our feet and patch the blisters. I sat between Maggot and Maggot. Fully disillusioned at this point, Maggot (eight to the right, bad heel blister) tried to make a joke about the Marines not knowing that they needed the Navy at first because they must have tried walking across the ocean their first time out. I don’t think that he meant for Gunnery Sergeant to hear him. By the time Maggot was done doing pushups, he had to have the corpsman inspect his hands for blisters too.

When he began managing sales engineering teams that were home-based and geographically spread out, Sean started sharing stories of his past adventures with them as a way to connect. Most of the stories come from his ten years in the Navy, but some are from his early days as a solution engineer in the software industry. After one too many suggestions that he should make a book out of these emails, he decided to give it a try. Out Over Blue Water is a loose collection of misadventures, hijinks, and characters presented in no chronological order and punctuated with a few insights and lessons learned.

Sean Tierney is an analytical, data-driven techie at heart and has no business writing a book or attempting anything artistic like literature. He has a bachelor’s degree in Aerospace Engineering from the University of Notre Dame. After college, he earned his wings in Pensacola, FL and started his career as a US Navy helicopter pilot, which is where most of his stories come from. Some of them are true. He has traveled to twenty-eight countries and lived in fourteen different places. He currently resides in Leesburg, VA with his wife, the Librarian.