A Tale of Faith, Fate, Perseverance and Unselfish Devotion 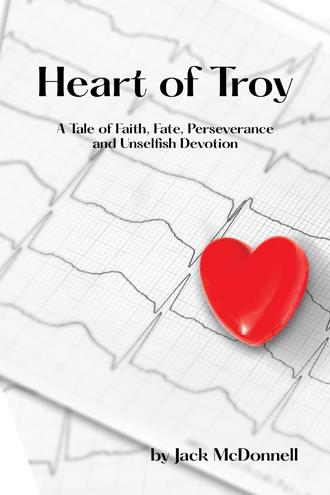 The day comes for my meeting with UCLA and Jodie and I drove up there not knowing what to expect. I didn't think this was necessary at this point and I could continue to live like this and didn't know if I even wanted to consider a transplant. I knew they didn't just give out hearts like pacemakers but I really had no idea how the whole thing worked. It was that day December 13, 2016 was when I met Dr. Daniel Cruz from the UCLA Cardiomyopathy Center. That day was the most important day in this story, because if I passed on that meeting there would be no “rest of this story”. Dr. Cruz was a very soft-spoken man in his late thirties or early forties. He made us feel at ease, even though we had no idea what he was about to say. He did a brief examination and said he had looked at all of my records from my stay four years earlier at UCLA and the records from the other doctors since then. He had spoken personally to my prior doctors. For sure he knew my heart and its condition very well. I mean, both Jodie and I looked at each other and nodded to each other as if we were saying “this guy knows his shit”. It was about that time he just came out and said it. He said “John” (which is my legal name and on all of my medical documents) “you're in the final stages of congestive heart failure and need a heart transplant now”. He told us that if I did not get a transplant I would die. I have never had anyone be this blunt with me about my condition. He said, if we agree, he wanted to get rolling on this, get me evaluated and approved or again, I would die. I said this is a lot to absorb right now we needed some time to think about this. I told him we were leaving in two days for a trip to Texas to visit family and can we let him know in a month or so. He looked at us with shock and said “don't you understand what I am saying” and “aren't you listening to me”. He said “if I were you, I would cancel your trip”. I'm like “holy shit this can't be this bad”. But it was. Instead of leaving for our holiday vacation on December 15th, I was admitted to UCLA for heart transplant evaluation. I was also told that day, don't expect to leave until you have your transplant surgery. Turns out I was " that sick". During the drive home we called our kids to tell them what was going on and that the trip to Texas was off. I called my boss to tell him I may need to take more time off than the two weeks I already had scheduled for vacation. The next day the insurance company called me to tell me we were approved for the transplant evaluation required, and two days later I was admitted in to Ronald Reagan UCLA Hospital in Westwood, Los Angeles.

Jack McDonnell shares his story of near death from a sudden heart attack to the struggles to recovery. Ultimately culminated with the need for a heart and lung transplant. His journey takes us through the process of getting listed and approved for transplant, waiting for a donor and post transplant experience. But that was just the beginning of his new life as he and his family become one with his donors family.

Jack McDonnell is the recipent of a heart/lung transplant whom at the age of 58 received his organs via the tragic death of a 16 year old boy. He is a mentor and advocate for Donate Life and the American Heart Assocation. His mission in life is the promote organ and tissue donation and honor those donors who gave the ultimate sacrifice. As well, help those who are "going through" the process of seeking a transplant. He is a father of four with five grandchildren. He and his wife of 41 years live in Southern California spending most of their time at their river retreat on the Colorado River.