THREE MORE BIBLE STORIES THAT NEVER HAPPENED…but maybe could have 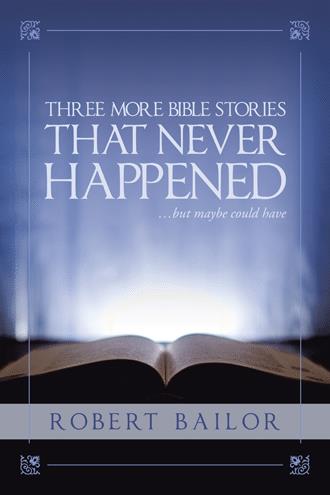 It had been a hot, grueling journey ever since the caravan departed from Damascus. The camels and horses were restless and needed water. Their masters and riders craved refreshment and rest. So they all decided to stop at a shady spot on a hillside just outside of the village of Nazareth. They had enough provisions until they reached their destination but were certain they could procure some fresh bread and milk from the villagers who would be glad to earn some extra money from the Romans. The travelers very well could have stopped in nearby Sepphoris, but then they would have had to contend with Herod Antipas since he had his palace there. They would be delayed because of political formalities and would have been required to offer gifts which would have depleted their store of valuables. The caravan was charged with distributing goods and money to the various Roman troops stationed at the posts along their route from Damascus to Jerusalem. Quirinius, the governor of Syria, was ordered by Tiberius Caesar to provide these supplies because his region was much better off financially than the regions watched over by the Roman army in Israel. The soldiers needed extra supplies and money because they were enrolling the population in a census ordered by Caesar. Quirinius grumbled quietly about sharing his wealth, but he did not dare disobey a direct commission from the emperor. Among the travelers was a young Syrophoenician woman of around twenty-years-old who was laboring in forced servitude in the household of Quirinius. Her name was Justa. As a handmaid she cleaned, did laundry, shopped for household supplies and often acted as a nursemaid to Quirinius’ grandchildren and the youngsters of Quirinius’ frequent guests. Justa enjoyed these ventures, but she detested the way Quirinius would offer her to his guests for their personal pleasure. She understood that, since she was a slave, her life was in the hands of her master, yet she believed herself more than a piece of property and a sex toy. Justa hoped that somehow she could use her talents as a handmaid to lighten the loads of others and that she could escape the degrading role she had to play with Quirinius’ guests. Justa had been ordered to accompany the caravan because of her household skills and because some of the ranking Roman officials traveling with the caravan were friends of Quirinius. Wanting to avoid the lustful gazes of both these friends and the Roman soldiers assigned to protect the caravan, Justa began to walk away from the caravan when it stopped to rest and refresh. However, she had not gone very far when the caravan master summoned her and ordered her to go into the nearby village of Nazareth to procure some fresh bread and milk. She was glad for this assignment because it gave her an excuse to be absent for some time, and she would be free to carry out her task in her own way. Justa walked about a mile and came upon the village which was nothing like Damascus. Its dusty pathways and simple homes spoke of a poor and humble way of life. But when she entered the village, she became aware that the residents were rich in the way they lived together as one big family. With this recognition, a twinge of sadness came over Justa, for she could not recall ever being part of a family. She had been sold to Quirinius when she was a young child because her father owed him a debt that he could not repay otherwise. She had been raised in the household of Quirinius before he took his current assignment in Syria and had moved with him to his present quarters when he relocated. Justa could not remember having a mother or a father, only nursemaids, teachers and lechers. Justa was not Jewish, but because she often traveled with Quirinius into Israel, she learned some Aramaic in addition to her native Greek and Latin. She felt at home conversing in the language of the common people of Israel, especially with those whose intentions were honorable. When she entered the village, she approached a grey-haired lady who was carrying a basket of clothes. Justa asked how she might secure the provisions she was after. She made clear she could pay well for them. The woman directed her to the village rabbi whom she said could arrange for the bread and goats’ milk she was looking for. As Justa was walking over to the rabbi’s house, she noticed a man helping a girl a bit younger than she was onto the back of a donkey and then stepping away to lead the animal from the village. To Justa’s surprise, the girl was pregnant, in fact soon to give birth. She hurried over to the couple. “Can I be of help?” Justa asked. “God bless you for asking,” responded the woman. “If you could just help me get better seated on this beast. I do not want to lose my balance and topple over with the precious cargo I am carrying.” She gave Justa a broad smile at this remark, and Justa smiled back. As Justa helped the woman shift her position, the woman said, “We are on our way to Bethlehem because my husband’s ancestors are from there, and we are required to enroll in Caesar’s census where his family is from.” Then when Justa had made the woman as comfortable as possible, the woman looked at Justa with grateful and kind eyes and said, “Thank you for your thoughtfulness. You are a stranger, yet you were kind enough to help me. May the Lord our God shine His face upon you.” Standing in front of the donkey, the man witnessed what Justa had done. So he gazed at Justa and bowed his head toward her in a gesture of respect and gratitude. Justa bowed back in response and entreated, “Wait, if you would, for just a moment.” 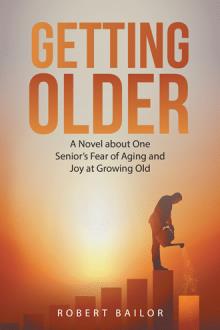 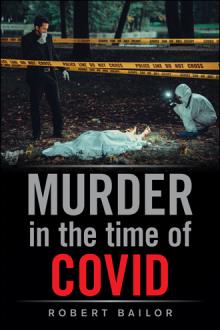 This book is a sequel to my previous book, SIX BIBLE STORIES THAT NEVER HAPPENED…but maybe could have. It takes additional minor characters of the New Testament—a pagan woman, two blind men, the father of the apostles Matthew and James, and others--and presents fictional stories about them woven into the actual Biblical narrative. Justa, a pagan woman, is presented with a back story of true faith, genuine love, debilitating tragedy and miraculous healing. She is introduced as a house slave who longs to be respected and loved. Her story follows her as she learns resilience from Mary and Joseph, how to love and be loved from her beloved husband Danel, and her true worth from Jesus. Micah and Asher’s story begins with them as thieves partnering with Eli, an unrepentant ne’er-do-well. Then, through the concern of the apostle Nathaniel, they are lifted up from blindness to sight, both physically and spiritually. The story of Alphaeus is about a man who is obstinate regarding his Jewish beliefs and traditions, even if his stubbornness means being estranged from his sons, Matthew and James, and creating heartache for his wife, Rebecca. Alphaeus’ adamant stand leads him to join Saul in persecuting the first Christians until he and Saul are ironically called to be ambassadors for Christ. These stories engage and inspire, for they not only speak to questions of faith in the context of the start of Christianity, but they also touch on challenges regarding faith and the meaning of life facing contemporary believers and unbelievers alike.

ROBERT (BOB) BAILOR is a Philosophy Professor with a particular interest in meaning of life issues. He is also a retired Licensed Mental Health Therapist and Licensed Chemical Dependency Counselor. Bob has published two non-fiction books in philosophy (Passion, Longing and God and A Month of Wonders), one non-fiction book in addiction counseling (Chemical Addiction & Family Members) and a fictionalized self-help book on aging (Getting Older). His first three novels are a trilogy about one person’s spiritual journey from agnostic to genuine believer committed to a life of faith, hope and love (Through Fire to Faith, Through Horror to Hope, and Through Loss to Love). Bob’s fourth novel (Murder in the Time of COVID) is a murder mystery set in the time of the COVID pandemic that demonstrates the courage, intelligence and integrity of the law enforcement personnel trying to solve a case which turns out to involve aspects of sex trafficking and religious extremism. The fifth fiction book (Six Bible Stories That Never Happened) is a companion to his sixth fiction book, the current Three More Bible Stories That Never Happened. Both BIBLE STORIES are collections of artistic religious fables aimed at a general Christian readership who would appreciate creative, enjoyable fictionalized faith-based readings. All books are summarized and available at Bob’s website: robertbailor.com. Bob has also published numerous articles in philosophy and counseling, and he has presented talks at various professional conferences on teaching philosophy, spirituality, and advancing professional counseling skills. Bob lives in Westerville, OH with his wife, Mary Rose. They have three grown children and four grandchildren.