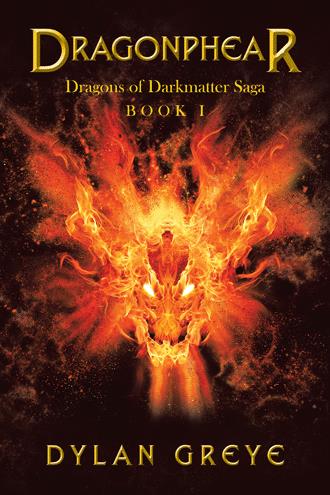 What did she mean, before it’s too late? He stepped to the edge of the stone railing, scrutinizing the top of the jungle’s canopy shimmering in the failing moonlight. The sun was stalking the horizon in the east, and just as Karu had almost given up on what he was supposed to see, he noticed a dark bird skimming the treetops. It flew almost like a bat, but without erratic movements. It was as black as the void, and it had a long tail. A sinking feeling flooded over him as soon as he realized it wasn’t a bird. It was a darkmatter dragon. “The second scout!” Karu cursed under his breath. Too petrified to move, he watched it soar downward, past the outer wall, over the heads of the sleepy guards. It flapped and glided towards the palace and perched atop one of the inner walls. Karu couldn’t be sure how much time passed while he watched in terror, not even daring to breathe. The darkmatter dragon sniffed the air, curling its tail around itself. It was like a silhouette of complete shadow with tendrils of dark energy and tiny sparks of violet light at its edges. Karu broke his gaze when he noticed a guard patrolling just below the dragon. He wanted to warn the unsuspecting guard, but he was too petrified to speak. Then he reminded himself he was the only one who could see it.

Brave young heroes, Kumyr and Bhaje, are hurled into a breathtaking adventure to save their home planet, and the fate of the galaxy is at stake in a secret war with the darkmatter dragons. Together they experience a blur of magic and science while being mentored by Rhin Poh, a revered and powerful Rafelim of the Onunaki. Bonds of friendship develop as they gain new powers needed to face a formidable array of dangers, physically and psychologically. As the companions travel from planet to planet through the mysterious Quantum Tunnels, they must question who and what to trust while they race to find a secret fortress of untold power.

Dylan Greye studied English with an intensity in Creative Writing at the prestigious University of Rochester in New York. Dylan has worked mostly in healthcare as a software trainer and as a primary care supervisor. He is currently a writer, volunteer life coach, and ufologist.