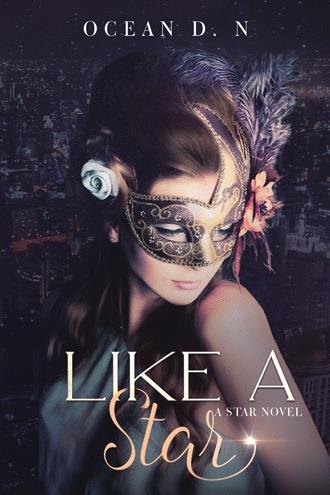 Prologue Peter Pan, Tinker Bell and The Lost Boys It was a cold gray day at the Chicago train station. Winter had finally arrived and the frosty air was welcoming the first snow of the year. For most kids, this was the prelude of Christmas time, the favorite time of year for almost any child, but for Summer Lee Taylor—it was a different story. She was sitting alone outside the station, waiting for a train she knew would never come and craving for someone she knew had left her forever. Although her mother told her to wait, that she would be back soon to take the train to the airport where they were supposed to fly home to Colorado, Summer knew it was just a pretext to keep her from following. Mary had left her alone in the Windy City. It hadn’t surprised her much. To be honest, she kind of expected it from her mother. She’d feared this day all of her life. No matter how hard she’d worked and tried to please her—Mary never loved her. Not as a mother should love her daughter. Summer grew up knowing she was an unloved child; if she didn’t behave the way Mary wanted, she wouldn’t mind throwing her away. Now was no different. But why? Summer was sure she hadn’t done anything wrong. She was a good girl. But waiting in the cold air for six hours as she watched families take the train, daughters being held and guarded by their mothers, knowing she was all alone and forsaken, hurt her more than she ever could’ve imagined. Suppressed tears were rolling down her cheeks, and by nightfall she understood—this time, for real—she was alone in the world. Her hands were numb and red, her body partly frozen, and her only wish was to disappear as her mother wanted. Still, she didn’t hate her. Summer loved Mary even now, and she hated herself for not being able to make her mother love her back. As time passed, she fell deeper and deeper into a loop of self-pity. The cold weather and the first snow weren’t a warm welcome to a homeless eight-year-old girl. What a horrible sky, she thought. No stars in the moonless night, no lively view to cheer her up. The train station was almost empty now. The last train had already departed, and it was getting colder by the minute. A snowflake fell on her bare hand, and she didn’t feel anything at all. “Here—” a young voice broke into her silence. It was a boy. A good-looking boy no more than eleven years old was standing in front of her, holding a cup of hot cocoa from the vending machine. “Drink it or you’ll die,” the boy said bluntly. It hurt her hand to touch something hot, but it was a good pain. It reminded her she was alive. The boy sat next to her, his presence breaking into her loneliness. Interrupting the lowest moment of her life. Making it obvious he wasn’t going to leave anytime soon. “I saw you earlier when I was working,” he said, avoiding her eyes. “It’s very late and you haven’t moved.” She remained quiet. If she spoke to the boy, her mom would definitely not come back. Moving on would mean she had acknowledged her mother had forsaken her, and she wasn’t ready to face the truth yet. Not yet, she couldn’t give up on hope yet. To know something and to accept it were two different things. Nevertheless, his words made Summer notice he couldn’t possibly be an ordinary boy. He knew what had happened to her, could it have happened to him as well?. He didn’t say much to her, he was kind of nervous, maybe he wasn’t used to talking to girls. The more he tried to cheer her up, the sadder she became. That is, until he sang. He was blushing while singing to her, but he had a wonderful voice. He sang like an angel taking away all her sorrow, worries and regrets. The boy took out his hat and put it on her head to keep her warm. He was afraid she would die because of the cold. He knew what it felt like to be freezing. He was a street kid, a son of the darkest part of Chicago, hiding a lot of suffering in the gleam of his eyes. But it was that hidden gleam that made Summer feel safe next to him. When he took her hand to lead her on, she realized he had saved her soul from falling into hatred and disbelief. She could have pulled her hand away and stubbornly decided to keep waiting for her mother, but she knew as sure as morning was coming—that her mother meant to leave her behind. So, she let him take her with him. She was surprised how strong his hand felt for someone his age, but it was also very warm. And kind. So kind she silently cried while following him back into the cold city. “Welcome to Neverland,” the boy said when they entered an old, abandoned, once-great theater. The place was magical, like all theaters are. Time had not extinguished its former glory. The silk on the curtains continued to shine with a deep red. There were three boys playing on the stage, young and cheerful, probably around the age of ten. Another one was sitting in the front seats, bossing around the others. Even so, he looked cheerful as well. “Slightly, Tootles, Curly! Come here. You too, Nibs. I want you to meet someone.” “Captain!” the boys yelled and obeyed very fast. They rushed to him with enthusiasm, but when they saw Summer, they stopped abruptly. The four boys looked at her incredulously. Summer felt the need to introduce herself.

After being burned by the one she cared the most, Summer’s ready to unlock her talent and find herself.

Summer left everything for Matt’s dream. But when her childhood friend rose to international fame, he unexpectedly told her to go home. Empowered rather than broken, she tries to rebuild her life and, on the way, discovers her own artistic gift.

Through a twist of fate, she captivates the great Frank Hills—an award-winning producer. He thinks Summer has what it takes to become a star and sets her up with a mysterious benefactor from his company.

So she throws herself into acting… and takes the stage by storm. A natural rising star, she’s thrust into the limelight, falls in love with acting, makes true friends, finds acceptance through her benefactor and inspiration in Joe Starlex—The Sun of Starland, the tittle Matt is desperately seeking.

She has no idea her past might just collide with her future: someone from her childhood turns out to be closer than she ever imagined. Their fate has been entwined since long ago and he will enter her life again, leave his mark on her career… …and maybe, in her heart as well.

Ocean D.N is a writer, filmmaker, and travel photographer. She studied filmmaking between America and Europe, specializing in film directing, screenwriting and producing. She has two short films still competing around the world, having winning awards, both as a writer and director. She has also produced many short films, mainly in Spain, that are also award-winning.

Enchanted by the magic world of storytelling, she has been telling stories since a little girl. Spending her summers at the beach, in a time before smartphones, the highlight of her nights was the group of children who gathered to listen to her made-up stories. Stories she dreamed and wrote in her secret notebook and that now she is finally unleashing.

Wanderlust consumed her and turned her into a nomad. Born in Peru, she has been in more than 50 countries, spent months is Thailand and Philippines, lived years in Canada, the United States, Italy and finally Barcelona, where she fell in love and settled. All along bringing the magic of storytelling with her.

When she is not writing or planning her next trip; she is probably at the movie theater, reading by the ocean, rediscovering the world through her camera lenses or watching anime with her love.