Go Back To Africa? 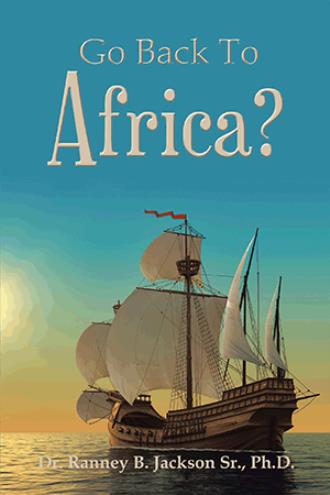 How the Congo People lived among the Indigenous In Liberia today, the names Americo-Liberians or Congo People are nearly extinct. They have become names referred to in the United States as negroes. The Americo-Liberians were light in completion or mallatos. They were considered civilized and made the indigenous know this about them. They had a segregationist policy towards the indigenous similar to what whites had with the indigenous in the United States. They did not marry indigenous people. However, they had children by them. Those in high government positions give their children different last names. This was similar to whites in the United States. Many enslavers had children by their slave maids and were kept as secret. It is even rumored that some enslavers who insisted on relocating African Americans were doing so to get rid of their children born by blacks in the United States. Many feel that some of the first presidents of Liberia were children of American politicians Historians say that one of those persons in high places, President Thomas Jefferson, who was in high position had black children by Sally Hemings, a biracial enslaved woman owned by the President. It is estimated that Thomas Jefferson had six children by Hemings. In Liberia, like Thomas Jefferson in the United States, President Tolbert had many children by indigenous young ladies. I know this because one of the young ladies that had a child with President Tolbert was my classmate on Belefanai Lutheran Mission (name withheld). After slavery was abolished, British and American ships were on the seas tracking all ships carrying slaves to the United States, Britain, and other places. They took them to Liberia, Sierra Leone, and other areas when they captured them on the high sea. The groups of slaves from the Congo Basin freed by American and British ships and brought to Liberia were known as the Congo People. They joined the Americo-Liberians and received the same preferential treatment as the Americo-Liberians. Others who joined the Americo-Liberians and Congos were the Barbadian and Caribbean captives. Some came from the West Indies. They all claimed to be the children of the founding fathers of Liberia. They did not only seek respect from the indigenous; they demanded it. Their slogan was, “Do You Know Who I am?” This slogan became popular in the 1960s and 70s. Once someone made that statement to you, you did not ask who they were; you assumed they were from the elite and you had to grant them whatever respect was demanded. A good thing the Congo People did was to educate children of the indigenous people. If your parents sent you or were asked by a Congo man to live with him, your last name was automatically changed to the Congo man’s name. Children brought to live with a Congo family did most of the house chores while the Congo people’s children went about playing or studying their lessons. Opportunities to travel abroad for school were a privilege automatically given to the children of the Congo People. In the late 60s that began to change as indigenous children were beginning to get scholarships to travel abroad, specifically to the United States for school Now, today, things are different. After decades of inter-marriages between the Congo People and the indigenous people, you cannot distinguish a Congo and an Americo-Liberian from an indigenous person. We all get the same respect and opportunities to go to school. Positions in the government are not for a particular group of people. Since the 1980 coup, there have been two indigenous presidents and two Congo or half Congo presidents (half meaning either the mother or father is indigenous). The names Americo-Liberian, Congo, indigenous are no longer heard. In fact, many Liberians are saying that when the Congo People were in power, Liberia had peace and the Congo people helped people unlike what is being said about indigenous presidents, that their governments are corrupt and they care only about themselves. Coup in Liberia and Insurrection in the United States

The title of this book, “Go back to Africa?” is a statement offensive to African Americans. African Americans feel offended because despite all they have endured and done for the United States in terms of slave labor, defending the United States in two world wars and civil war, protecting whites against the indigenous, there are still Americans who feel that they do not belong in the United States. Despite the U.S. Government’s acceptance of African Americans through the constitution, the 13th and 14th amendments, the emancipation proclamation, and other documents, African Americans feel discriminated against. This feeling began from 1790 to 1800 when Whites felt that African Americans should be relocated to Africa due to their increased population. The American Colonization Society was formed in 1816 and relocated African Americans to Liberia. Those who relocated to Africa encountered similar struggles with the indigenous as the Europeans when they settled in the Americas. The Americo-Liberians, as they are called, established a similar government as the United States. In 1980 a Master Sergeant, Samuel Doe staged a blooded coup d’état against the Americo-Liberian government. Doe caused President Tolbert’s assassination and ordered the execution of the Speaker of the House of Representatives, President Pro Tempore of the Senate, and the Chief Justice among others. On January 6th, some Americans staged an insurrection, which many classified as a coup d’état. The author argues that the insurrection was not a coup and calls on his readers to compare Liberia’s 1980 coup to the January 6th insurrection. In 1990, Liberia encountered a 14-year civil war similar to the American Civil war of 1861. The author admonishes Americans about the consequences and implications of coup d’états and civil wars and asks Americans to avoid either.

Dr. Ranney B. Jackson Sr. was born in Bong County, Liberia. He graduated from the University of Liberia in 1978 and traveled to the United States in 1979 for his Master’s Degree. He enrolled at Oklahoma City University, where he earned an MBA degree in Finance in 1984. In 1986, Dr. Jackson returned home. In Liberia, he served as Senior Financial Analyst at the Liberia Electricity Corporation and later as Deputy Comptroller for Debt Management at the Ministry of Finance. In 1990, Dr. Jackson fled to the United States as a refugee due to the civil war in Liberia. Dr. Jackson worked with the Maryland State Highway Administration until his departure to Ghana in 2003 in such of peace for Liberia. Upon his return to the U.S., Dr. Jackson was asked by Liberians in the Diaspora to represent them at the Liberian Legislature. Dr. Jackson served two years at the Legislature, five years as Superintendent (Governor) of Bong County, and two years as Deputy Minister at the Ministry of Internal Affairs. In 2015, Dr. Jackson returned to the U.S. and enrolled at Walden University in 2017, where he earned a Ph.D. in January 2022 in Public Policy and Administration. Positions held by Dr. Jackson include Chairman of the Board of Directors of the Union of Liberian Associations in the Americas (ULAA), President of People’s Community Lutheran Church Council, Maryland, USA, a Member of the Board of Trustees of the University of Liberia and a Member of the Board of Trustees of the Cuttington University, Bong County, Liberia.