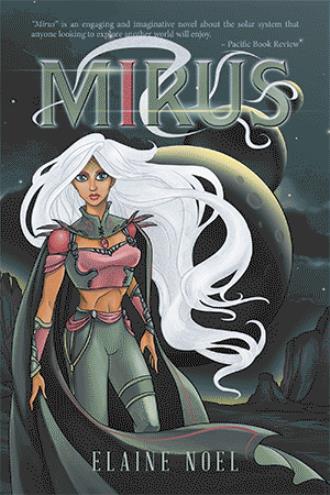 Marie’s spirit-self traveled back to the dome, where it sat by the stream with her fairy-like friend, watching blades of grass float out of sight, marking the passage of time. The tornado collapsed into fine wisps and the little plane was gone when Marie awoke high on the dune. She checked herself for broken bones and finding none, stumbled to her feet. But she was being watched. A lesser jeet trotted out from behind a tumbleweed, sniffing the air. He lowered his little head, growling as he climbed the dune. “Don’t even try it,” Marie warned, as it ran toward her. When he came too close, she kicked him and he tumbled down the dune. He stopped rolling and yipped at her, then ran off. The wind gusted around her as she stood on the dune. The sand rose, swirling into a flowing sheet. Images formed on the sheet, depicting a large herd of boducks loping frantically across a field, toward a drop off to the ocean. At the foot of the cliff, giant waves crashed against the rocks. Marie watched the sand sheet in horror, as the boducks reached the edge and leapt to their deaths. “No!” her voice echoed, as the last one fell to the rocks below and the scene faded. The sand still towered above her, reflecting the last sliver of jewel-colored sunlight and words appeared on the wave. You need to leave.The tide is coming in. The sun slipped beneath the horizon. Birds called and greater jeets howled in the distance. The cacophony intensified as the sand wave fell and the ground started to shake. Marie struggled to her feet.In the dim light she made out greater jeets stampeding away from a wall of water crashing in waves strong enough to launch boulders. Birds sounding discordant alarm filled the sky, their shadow eclipsing the land. Ahead of the jeets, she saw Atooly running straight for her. The herd turned and she tried to get out of the way, but one stumbled right into her, knocking her down. Scrambling to her feet, she grabbed its shaggy mane and jumped on. She kicked it in the ribs and it turned to snap at her, as the flood roared close behind. “Run!” she screamed, and the jeet sprinted flat-out until the violent, debris-strewn tide caught up with them and they were lifted on the surge. Atooly was consumed in the deluge just ahead of her and she was thrown over her beast’s head, landing in the muddy torrent. Her cape caught on a rooted bush, jerking her to a halt underwater. Trying to find solid ground, she grabbed hold of the cape, climbing hand-over-hand against the current to the bush, pulling herself free. She rose to the surface, gasping for air. There was a smooth, dark line in the flow up ahead, where the flood dropped over a cliff. A greater jeet yearling floated past, then clung to the rocks at the precipice, screaming, until it lost hold and went over the falls. Dodging floating brush, Marie swam toward the rocks, but was pulled under. The rushing current pressed her hard against the bottom until she caught hold of a cleft in a rock. Climbing up the crack and free of the rushing water, she pulled herself onto dry granite. Stabbing pain radiated from her ribs as she lay curled in fetal position, coughing up muddy water. She raised her head. The cries of the dying had stopped.Amber moonlight reflected off the dark flood plain and the geological phenomenon stretched as far as she could see. Most of the jeets managed to keep their heads above water and bounded into the foothills like they’d done this before. In the sky, three moons, each with a small crescent carved out, posed next to one-another. Comet Tar-Agati blazed across the cobalt expanse like a diamond spray set in lapis. She rolled onto her back, feeling the euphoria that must follow nearly dying. Atooly dragged his soaking wet body onto the rock, lay down next to her, and started snoring. Marie heard the faint whine of engines as three aircraft streaked in from the north. She tried to wake Atooly, but he just snorted and rolled over. So she flattened her body against the rock as the ships hovered closer. “Are these our friends?” she implored, shaking the pilot. But he didn’t wake up until the sound of engines grew louder than the sound of his snoring and he jumped to his feet. “Negato!” He took hold of her shoulders and dragged her across the rocks. In his panic, he fell into a crevice, pulling Marie with him. They landed on dry sand and the ships passed overhead. When the sound of engines was gone, Atooly led the way through the still night and into the hills. After hours of walking, they reached a ridge that joined a saddle. Starting up the other side, another jeet appeared from behind a rock, sniffing the air. Before she could stop him, he latched on to her boot. So she kicked hard, launching him over the cliff. They found a narrow passageway in the rocks. “We’ll rest here,” Atooly decided. He brought in dried brush and built a fire. Pulling out a slab of jerky, tore off a piece and handed it to her. She thanked him for the food. He pointed east. “After we rest, we’ll go that way.” “Why that way?” she asked, warming her hands in the glow of the fire. “And, why were those aircraft a danger to us?” He pulled out a skin of water and handed it to her. She drank, then handed it back. Her bruised ribs ached. Marie was glad to be alive. She ate the jerky and curled up. Whom to trust. She slept, but didn’t dream.

Physics engineer Marie Sayer feels conflicting loyalties and fear mounting after the starship Foreigner disappears with her best friend Aria on board. Would Space Link and her father let the same thing happen to her? Thrown into both an immediate and existential crisis, Marie journeys to her mother’s home world, Mirus, to address the systemic dangers and hostilities on the threatened planet. Told what to do and who she was her whole life, Marie Sayer becomes the hero she was meant to be. Mirus is an imaginative science fiction story following Marie, who experiences a life-changing tragedy. Her faith in Space Link is shaken, leading her on a journey to Mirus, to find a way to help its people and herself.

Elaine Noel is a native of Port Townsend, a quaint Victorian town in Washington state, where she trained her horses, played guitar, and collected rocks from the beaches. She traveled to England with a band when she was eighteen, then moved to Maui at twenty-four, where she met her future husband. Together, they moved to Southern California and raised three wonderful daughters. She has been a chef, a bookkeeper, a CNA, a conference coordinator for a NASA-funded conference center, and cut two albums of original songs: “Rainshadow” in 2015 and “Lightning” in 2019. Elaine infuses her love of nature into her storytelling and songwriting.