What Will Get Us Through?

Messages of Hope, Encouragement, and Peace 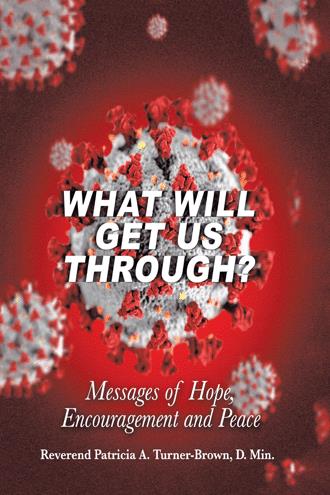 YES, THERE IS! Jeremiah 8:22 Jeremiah was a prophet who served as God’s spokesperson to the people of Judah for over 40 years. The problem was that when he spoke, no one listened. The people were bent on doing things, on living their lives the way they wanted to, rejecting the directives from God. Jeremiah constantly and passionately tried to tell them “what thus saith the Lord!” He tried so hard to get the people to repent, to turn from their wicked ways, and to return to God. But again, they were set in their evil ways. Because of this, Jeremiah stressed over the impending doom that would befall Judah. This is why he became known as the “weeping prophet.” As an obedient spokesperson of the Most High, Jeremiah agonized over the messages he was told to deliver to the people. He agonized because the people refused to listen to and respond to the truth. They continued to reject his warnings from God. Now even though the people were being hard-hearted and stiff-necked, Jeremiah was still pleading to God to save his people. In Jeremiah 8:22, he asked a rhetorical question, “Is the no balm in Gilead?” Balm was a resin and ointment that came from the balsam tree and was used as incense and as an ointment for healing wounds. It was a highly valued commodity and exported to other parts of the world. Now, there was an obvious answer to the question “Is there a balm in Gilead?” Jeremiah knew that balm was plentiful in Gilead, but he was asking the question to make a point. Just as the balm could bring about physical healing, Jeremiah was telling the people there is a balm that can bring about spiritual healing. That balm was God. However, the people were still rejecting that which could heal their sin-sick souls. God could heal their deep spiritual wounds, but God was not going to force His healing on them. That is because God does give us free will. When we look at what is going on today with COVID-19, we know that we need physical healing. There are still many falling ill with the virus, and still, many who are dying. But, as much as physical healing is needed, there is also a very great need for spiritual healing. 2nd Chronicle 7:14 comes to mind. “If my people who are called by my name, will humble themselves, and pray, and seek my face, turn from their wicked ways, then will I hear from heaven, and will forgive them, and heal their land.” As a nation, we have fallen away from our Christian-Judeo roots. We, as a nation seem to have forgotten to “…Love the Lord your God with all your heart, your soul, and mind,” and to love your neighbor as yourself.” (Matthew 22:37-39) We, as a nation, must put back into the mainstream of life the authentic tenets and values of true Christianity. One of our members posted a clip by Roland Martin, in which he was calling televangelist and Trump spiritual advisor Paula White “on the carpet.” He was talking about how she praises a man who calls himself a Christian, but whose acts are very unchristian. He referred to him as having cheap grace, meaning asking for forgiveness (even though 45 sees no need to ask for forgiveness), and then going out and doing the same thing again. There’s a truthful cliché that says, “as the head goes, so does the body.” We will not talk about the explosion of organizations like white supremacist groups and the Klan, or the rise in mass violence in our nation, or even the way he has handled the health crises. As we continue to deal with COVID-19, as believers in the one who died for our sins, know that there is a balm in Gilead. That balm, my brothers and sisters, is our Lord and Savior Jesus Christ. Our enslaved ancestors put it this way as a spiritual: Refrain: There is a balm in Gilead, to make the wounded whole (that Jesus will give us physical healing, even from the Coronavirus) There is a balm in Gilead to heal the sin-sick soul (that Jesus will give us spiritual healing, that our sins will be forgiven so we can be in right relationship with God) As we continue to shelter in place, stay at home, follow the directives of the health experts, our governor, and the common-sense God has given us, let us stay wise, safe, healthy, and prayed up. “God did not give us a spirit of timidity, but of power, love, and self-discipline” (2nd Tim 1:7 NIV) Remember my brothers and sisters, there is a balm in Gilead, and that balm is our Lord and Savior Jesus Christ.

Two pertinent questions that were foremost in our minds regarding the COVID-19 pandemic were “when will this virus end? After about two months and no immediate end in sight, the second question became “what’s going to get us through this pandemic?” This unprecedented virus changed our entire way of living. Businesses, stores, schools, and houses of worship were closed. Shelter in place, wash your hands frequently, use hand sanitizer, wear a mask, social distance became the mandated directives of the day. Many jobs were lost due to business shut-downs, which created economic hardships for many families It was my prayer that as I prepared these messages “for such a time as this," I would be guided by the Holy Spirit to deliver a Word that would offer peace (“Perfect Peace”), encouragement (“Yes There Is!”), salvation (“God’s Gift of Repentance”), God’s protection (“Refuge at the Lord’s Table”), and a desire within the hearer to have a closer relationship with God (“Sheltered in Place”). As you read, visualize, and hear these messages in your heart, mind, and spirit, it is my prayer that you will be able to answer the question “WHAT WILL GET US THROUGH?”

Reverend Dr. Patricia A. Turner-Brown attended the Detroit Public Schools, graduating from the prestigious Cass Technical High School as an instrumental music major. Following her graduation from high school, she matriculated at Western Michigan University in Kalamazoo, MI, receiving the Bachelor of Music in Music Education. She furthered her education by receiving the Master of Music Education from Wayne State University. “Rev. Pat” taught instrumental and vocal music in the school districts of Detroit (MI), Highland Park (MI), Atlanta (GA), and New Orleans (LA). Her students benefited from her kind spirit and gentle prod for their success as students and human beings. Her educational pursuits continued as she earned the Master of Divinity degree from Turner Theological Seminary/Interdenominational Theological Center in Atlanta, Ga., and the Doctor of Ministry degree from the Ecumenical Theological Seminary in Detroit, MI. “Rev Pat” has served on the ministerial staffs of Allen Temple AME Church (Atlanta), Christ United Methodist Church (Detroit), Brooks United Methodist Church (New Orleans), and as the Youth Pastor of her home church Ebenezer AME Detroit. She has also pastored churches in both the United Methodist Church (New Orleans) and the African Methodist Episcopal Church (Amite, Louisiana). “Rev. Pat” is married to the Reverend Dr. Lance E. Brown, a retired minister of the United Methodist Church. They are the parents of three adult children, six grandchildren, and one great-grandson. With Covid 19 and its variants, it is imperative that we not lose hope. “What Will Get Us Through?" will direct readers to where hope can be found.