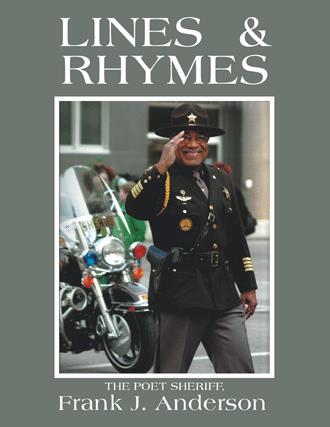 In 2003, newly-elected Sheriff Frank J. Anderson held a St. Valentine’s Ball to bring people together. One of the special guests at the St. Valentine’s Ball was Congresswoman Julia Carson. The Congresswoman and the Sheriff had been close personal friends for many years. During the course of the evening, Sheriff Anderson read a poem that he had written for the special occasion. The Sheriff, who always preached love above hate, touched many hearts with the poem. As the Congresswoman began her St. Valentine’s greeting, she let it be known from that day forward, Frank J. Anderson would be known as “The Poet Sheriff”. It was a title Sheriff Anderson warmly embraced. Born in Kentucky in 1938, Frank Anderson came to Indianapolis before World War II. During the interviewing years, this man has accomplished much. But nothing captures Frank Anderson’s good heart and keen mind like his poetry. What follows is a brief sample of a body of work that Sheriff Anderson has produced over the years. The peace officer’s lines and rhymes are insightful and unique. May they be an inspiration to others and help sustain Anderson’s mission in life to promote peace and love over division and hate.

From the Navy Shore Patrol to the Marion County Sheriff’s Office, Frank Anderson has spent an entire lifetime as a peace officer protecting his fellow citizens, enforcing our nation’s laws, and keeping our families and neighborhoods safe. Anderson was elected Marion County Sheriff on November 5, 2002, by a very sizable majority. Anderson was overwhelmingly re-elected in 2006, and served as the first head of the Indianapolis Metropolitan Police Department. Previously, Frank Anderson served his country for more than 23 years in the U.S. Marshal’s Service, one of the oldest and most prestigious law enforcement agencies in the nation. Anderson served as U.S. Marshal for the Southern District of Indiana, the chief federal law enforcement official in more than half of Indiana, first from 1977 to 1981, and again from 1994 to 2001. As U.S. Marshal, Anderson oversaw federal law enforcement for 62 Indiana counties with offices in Indianapolis, Evansville, Terre Haute and New Albany. He was responsible for pursuing and arresting federal fugitives, managing assets seized from criminal operations, and protecting federal witnesses and federal judges. In 2001, Anderson received the Martin J. Burke Award, given to the most outstanding Marshal in the entire nation. Before his appointment as Marshal, Frank Anderson served 12 years in the Marshal’s Service, first as a Deputy Marshal, and later as an Inspector and Security Specialist. He helped found and later direct the U.S. Federal Witness Protection Program. Anderson also worked organized crime cases, numerous undercover assignments and various other sensitive details. From 1983 to 1994, Frank Anderson was district director of the Federal Protective Service for the U.S. General Service Administration. There he was in charge of security at federal-owned and leased facilities in Indiana and Minnesota and parts of Wisconsin and Illinois. Before his appointment as District Director, Anderson founded Unified Securities Associates, his own investigative and security service. Sheriff Anderson grew up in Indianapolis and graduated from Shortridge High School, where he was an avid student-athlete. In fact, Sheriff Anderson’s outstanding career in high school wrestling earned him induction into the Indiana Wrestling Hall of Fame. He began his career in law enforcement in 1956 in the U.S. Navy as a Shore Patrol officer and was honorably discharged in 1959. From 1961 to 1965, Anderson served as a Marion County Sheriff’s Deputy. He has been married for more than 50 years to Mary Mercedes Anderson and has two grown children and three grandchildren. In 2019, Frank J. Anderson was awarded an Honorary Doctorate of Laws Degree by Martin University in recognition of a life devoted to upholding the rule of law.