The World of Frem 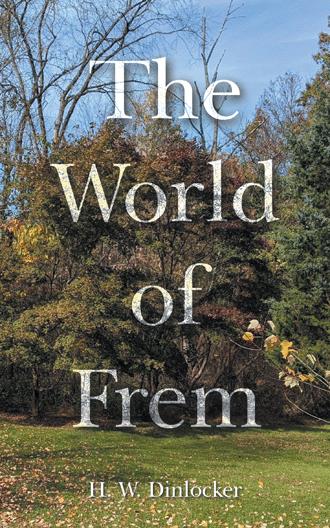 The villagers of Ux relaxed after the season of harvest. They enjoyed many blessings, and, for those, they were thankful. It had been a good year. There was grain enough for winter with some left for seed, there were a few extra animals for meat, the cottages were dry and in good repair. Winters were neither hard nor long and most villagers were looking forward to an early planting and an even better year next year. But not all. Fearful eyes swept the edge of the nearby forest. A village not strong enough to defend what it owned was almost certain to lose it. Some forgot this lesson from the past, but others did not. Secret bins, known only to a few and with no man knowing of more than one or two were filled quietly and sealed. A few animals, not many, drifted away and disappeared. Old cellars, almost forgotten, were readied for those who were quick enough—or lucky enough—to hide. It had been five years, but the raiders would remember. The villagers did what was needed to survive. Far away Cajjh prepared to give the village reason to thank those with the foresight to expect his visit. He stared into the fire as he honed a keener edge on his great sword, and he dreamed of battles won and battles not yet fought, of prizes taken and lost, of women long turned to dust. It had been a good year, and Cajjh was proud of his success. Men feared to whisper his name for the best of reasons. He had left a great path of death and destruction behind, and no one cared to call Cajjh’s attention to the fact that anyone had escaped his sword. But now, problems. The countryside was aroused, and four kings had banded together to hunt him down. Cajjh’s force was no match for the combined armies closing behind him and there would be no mercy if they met.

Frem, a quiet little man, goes on an Odyssey to find help from four other villages that are also regularly attacked by Cajjh, the leader of a raping, pillaging tribe of people. To do so, Frem had to escape the trees that had created an impenetrable wall around his own village, travel through the desert and travel down an underground river where he meets a girl with a pet protector, a tiger.

Worldwide traveler, associate professor, media specialist, photographer and extraordinarily good man, Bill Dinlocker (H. W. Dinlocker) wrote—a lot. He wrote for children and adults, all nationalities, in all times and places. His journey began in 1927 in the little village of Wycombe, PA. He attended grades one to eight in a one room schoolhouse. After Bucknell University, he earned his Masters at Temple and taught in Lehigh University. He wrote letters to his daughter and son-in-law, Ralph Dinlocker, also a writer, every week from 1976 to 1987 when she lived for 2+ years in Teheran, Iran; 2 years in Ma’adi, Egypt and while she was living in Jakarta, Indonesia he found the internet. He crafted a letter to her every day thereafter for her next 10 years in Indonesia, 2 years in Haiti and 4 years in Shanghai, China. While visiting his daughter with her mother, he climbed the inside of the great pyramid in Cairo, Egypt; dined in the Writer’s Room in the Raffles Hotel in Singapore; saw the Ramayana on the island of Java and enjoyed the beaches of Bali in Indonesia. He brought his love of all people to his writing. Above all, he was a loving husband for more than 60 years to my amazing mother and he was a spectacular father. Herein is this brilliant man’s imagination shared. —Elizabeth Anne Dinlocker