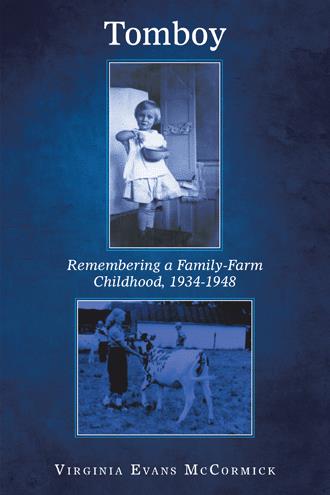 A Buzzard’s View I never saw the farm where I grew up from the air—although I’ve lain on my back in the tall pasture grass and wished I could soar like the buzzards etching lazy circles in the air above me. With their huge wings extended five or six feet, they rode the air currents between the rolling hills with no apparent effort, their shadows creeping across the pasture as they completed each overlapping pass. My father was wise in all matters pertaining to animal life, including these birds that some people call vultures. “They’re hunting field mice or baby rabbits. That’s what they like to eat.” I squinted my eyes, not really sure. “But if I can’t see their eyes from the ground, how can they see a baby rabbit or a tiny mouse?” My envy of the buzzards ended abruptly one day in that pasture. One of our cows had calved in the field, and there was a summer thunderstorm coming up. I rode with my father as he took the tractor and wagon to where the new mother was licking her wobbly-legged youngster, nudging him ever closer to her distended udder. I shooed her back with a stick while Daddy gathered the calf in his arms and deposited him on some straw in the wagon. He called for me to climb in and hold the calf still while we headed for the barn with the worried mother mooing and trotting along beside the wagon. We had only gone a few yards, when four or five buzzards descended on the afterbirth, their wings flapping and hooked beaks tearing for a share of the bloody membrane. Shocked by their vicious fight but unable to look away from the disgusting display, I was amazed at how quickly they devoured their prize, heedless of the blood they splattered on their breasts. Well before we were out of sight, the afterbirth was devoured, and with a flap of their wings the big birds were again airborne. Seeing my distress, my father sought to reassure me. “That’s what buzzards do, honey. If an animal dies, a flock of buzzards will strip the carcass clean. That’s God’s way.” I snuggled the baby calf in my arms, allowing its furry head to hide my tears. Never again would I envy the buzzards. Nor would I ever again dare to lie still in the grass and watch them soar overhead.

Tomboy: Remembering a Family-Farm Childhood, 1934-1948 In 1934, Virginia Evans was introduced to the world of Sharon View Farm with a birth announcement in the Ayrshire Digest, the journal of the national Ayrshire Breeder’s Association. The country was deep in depression and soon to be consumed by world war, but her childhood was bounded by the idyllic world of the “family farm.” Her farm chores began with teaching newly weaned calves to drink from a bucket, but there was plenty of time for creative play like teasing crawdaddies in the creek. During the war her big yellow school bus rocked to the rhythm of Mairzy Doats amid fluffy floating milkweed seeds that schoolkids collected to stuff life jackets. Growing up on a Family Farm was innocence and joy with a ten-party telephone line surrounded by a world at war. For many readers, Tomboy can be a trip down memory lane, recalling visits to a grandparent’s farm. For elementary teachers and living history museums it’s a fun history lesson. How does a 1930s and 40s family-farm childhood compare with childhood today?

Virginia “Jennie” Evans McCormick was a home economics education professor at Pennsylvania State, Iowa State, and Ohio State Universities. In retirement, she has authored thirteen books on Ohio and local history. Her childhood memoir, Tomboy: Remembering a Family-Farm Childhood, 1934-1948 focuses on the dramatic change of rural lifestyles in the early 20th century and what it was like growing up on a Midwestern dairy farm during the Great Depression and World War II.