Exposing Pathways to Deception in the lives of Believers

Their Causes and Cure 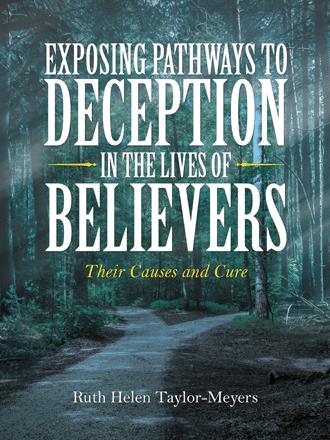 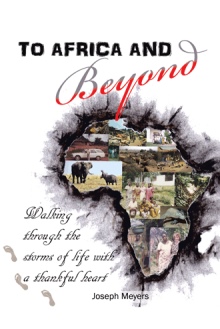 The title mentions exposing pathways to Deception. Deception is a process, a road, a path. We need a map, a compass, and a way of knowing the difference between Deception and Truth. But what kind of Truth? Truth that helps us succeed only in this life, or truth that prepares us to live for eternity in a presently invisible System of Reality? Shouldn’t we listen and obey this God who, from the invisible realms, reveals Himself to us through an objective Truth Source called the Bible, & His Son, Jesus, and His Holy Spirit?

Joseph Meyers is a retired businessman, College Professor, Pastor and Missionary to Ivory Coast, West Africa. And has additional ministry experience ministry in Thailand, India, Cambodia, and Vietnam. He is a graduate of Bethany University, Santa Cruz, California with an earned Bachelor of Science degree (B.S.) as well as graduating from the Assemblies of God Theological Seminary with an earned Master of Arts (M.A.) and double major in Biblical Literature and Cross-Cultural Communications (1978). The latter degree was useful as Mr. Meyers ministered to the 64 different tribes in Ivory Coast, as well as ministering to the Muslim population. In addition to his work training African pastors, Mr. Meyers was a member of the Board of Directors for the Assemblies of God Publishing House in Accra, Ghana and on the Board of Governors for the Advanced School of Theology in Lomé, Togo. Later, he would teach briefly at the undergraduate level at a college in Phnom Penh, the capital of Cambodia. According to sources, Phnom Penh is a small, dirty, and dangerous place to live. But missionaries do live there as they try to reach the Cambodian people with the Gospel. While there, Mr. Meyers was taken by the Director of the College to the “killing fields” and shown row after row of classroom size buildings full of skulls with bullet holes in them. This, of course was the work of the Khmer Rouge Communist Party who ruled Cambodia from 1975 to 1979. In Saigon, Vietnam, Mr. Meyers was able to visit the “Hanoi Hilton” where John McCain was incarcerated. He saw the torture room and instruments of torture as well as the two guillotines conveniently positioned in the inner courtyard. When the Meyers returned to the USA to do seminar work among the churches, his lovely wife, Ruth was always at his side as they worked on writing projects. Ruth was highly sought after as a Bible teacher. She wrote 6 of the 18 seminars we produced. It was this topic of Exposing Pathways to Spiritual Deception that was the most popular among pastors and congregations. Most of the other seminars, in addition to marriage seminars, focused on forgiveness and the healing of broken relationships. After the death of their Son from AIDS, the Meyers spent several years speaking at school assemblies in the public school system from Alaska to California, as well as speaking in women’s prisons and youth detention centers. This was in addition to their continued work as seminar speakers. After 12 years of crisscrossing the USA and western Canada Ruth began to have health problems due to the stress of the constant travel, so Joseph took a job as an Account Executive for a mortgage company.