Son of the Water 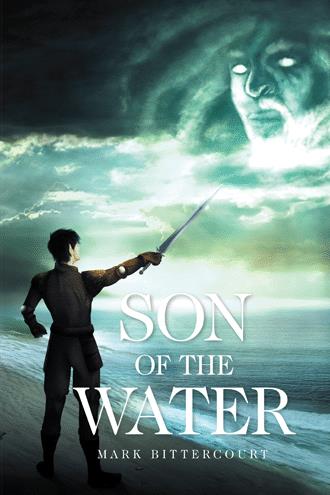 The world is not as it was… Several underwater cities across the vast ocean are home of the merfolk. Underwater dwellers with gills, webbed hands, huge fish-like tail and a muscular build. Atlantis, their capital, majestic structure and organization with many beautiful buildings. Tubular vents suck in the oxygen from the shallow waters to the deep waters of the city where oxygen is scarce. They have large submerse plantations of green algae placed around cold lights, which also help with the oxygen... Triton the Third is the king under the water. He is the direct decedent of Poseidon, who was one of their gods. Triton was always kind towards his people but he was also quick to wrath and punish with his mighty trident. Once, he took his family on an expedition to the underground caves, which were said to harbor strange underwater creatures. The water in those caves were a mixture of salt and fresh water, which created the unique conditions essential to the evolution of such interesting underwater creatures like the see-through marine frog. The ever-running waters of a river carved their way into the bedrock and mixed with the underground lake connecting to the ocean. Triton’s daughter, Thalith, disobeyed her father and ventured far off into the cave until she emerged in the harbor city of Menestrel, where she met a strong young fellow, who was a son of fisherman and was no ordinary man; he was also the son of the elf-maiden, Minerva. They fell madly in love at first sight. She always came to him through the river during night when her parents were asleep. They would swim together, hold hands, and sing songs. She learned his language in few days. The dark waters of the river hid her true nature from her lover. In one of those nights, her mermaid songs bewitched him and he could not resist the temptation and made love to her. Triton grew weary of the underground lake and decided it was time for his family to return to Atlantis. Many months had passed… The fisherman’s son returned to the river every night hoping to see his love, but she was nowhere to be found. His love simply disappeared without saying a goodbye. Heartbroken, he left the Harbor city in search of a new life, a new beginning far from the river, which reminded him of her. Meanwhile… her friends and family were aware of Thalith pregnancy, but the child’s father was a mystery. They were aware that mermaid’s child was from no mere man. So, Triton was suspicious of all of his subordinates. Since no one said anything about the matter, Thalith was punished. Her father kept her jailed until the name of the father was revealed, letting only one servant attend to her needs. Ninka, the only one allowed to see the princes, planned an escape, fearing for unborn’s life… Triton said that he would slay the child once born. Months of planning went by, and finally they had the opportunity to escape… Ninka and Thalita were able to escape Tritons grasps and fled towards the shores of Menestrel… where they knew Triton wouldn’t give chase… Once away from Triton Thalith gave birth to her baby… a half-blood baby boy…. a human merfolk. She took the baby in her arms, hugged him and laid him down on the warm sand… “Are you just gonna leave him here?” Ninka asked. “You know what my father will do to him, once he lays his eyes on that child…” Thalith responded in a sad and somber tone. “But you cannot just leave him! Take him to his father at least!” Ninka replied angrily. “I do not know where the father is now… I made sure never to see him again… If my father knew who it was, he would have him killed…” Thalith replied looking into the distance. “If you will not take responsibility for the child, I will…” Ninka scolded Thalith angrily, as she shed her mermaid skin… Ninka crawled towards the baby and held it towards her arms… she turned to Thalith and said: “Now leave us… return to your old life… he will no longer be angry with you… and in case he asks… say that your servant and baby were slain by humans…. as you fled towards the open sea… where none of us are permitted…” Thalith nodded in agreement… she took a last look towards her servant and baby and before swimming off… she yelled: “Camellus! That’s the father’s name!” Ninka sat there, naked and confused on what to do next…. she looked at the child and said: “Now it’s only the two of us…. but first we need clothes…” She looked across the sea shore and saw a run-down cabin… she slowly made her way towards it and grabbed some old rags as to cover her body and the baby’s. They stayed the night there and by morning they headed towards the nearest city.

In this fantastic literature, the hero Thormonn let his instincts erupt unleashing a vast repertory of skills put in play at a grandiose journey undertaken when he was but a boy. Magic and faith intertwine as one element pushing Thormonn to his limit as he solves ordeals and quests with his juvenile wisdom and determination. Battles for dominium, issues, friends and foes are markers of Son of The Water, he is a heir of magical beings strong minded and hearted, his personality is yet untouched by corruption.

Native of Vitoria (ES), Brazil; Mark Bittercourt acquired the habit of reading and writing during the time he lived in USA, but it was when he regressed to Brazil that he took the liking for writing fantastic literature, for he felt idle and presented health problems. He is a bachelor in Biochemistry and Molecular Biology in the University of California; Irvine. Nowadays he has graduated English Literacy from the Universidade Federal do Espirito Santo.