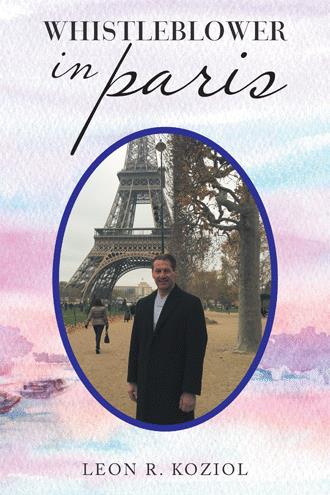 When Alec Baldwin published his 2008 book, A Promise to Ourselves, his goal ostensibly was to reform our nation’s broken divorce system. But as quickly as he entered the fray, he abandoned the movement altogether. For a whistleblower, it was a disillusioning exit because he crushed the hopes of divorce victims throughout the country who shared a similar vision but lacked his star power.

In the years since, divorce and family courts have continued to abuse their power to program countless children. It has resulted in an epidemic that is harming society in ways never before imagined. Parents have been separated from their offspring through custody classifications that pit moms against dads, parents against the state, while illegal ones at our borders obtain greater protection. The disparity is explained by a profit motive and federal grants that incentivize court conflict.

As a parent victimized by this zealously protected system, civil rights attorney Leon Koziol took a stand against his profession by exposing this epidemic with nationwide reform efforts. It led to unconscionable retributions in the way of license suspensions, seizure of parent-child relations, law office closures, and even support warrants concocted to punish a whistleblower of court corruption. Combined persecution over many years led to a near death climax in 2020.

Our story here begins when this attorney-dad flies to Paris for asylum before one of those warrants could be executed. There he meets Linda, a similarly persecuted mom who was shielding her son from a fixed custody case. Also subject to an arrest warrant, Linda invites Leon to her secluded villa on the French Riviera. Lively exchanges follow which educate the reader to this epidemic. Romance also blossoms, relieving unbearable anxieties, but their fugitive status soon catches up. Find out what happens when the two join efforts to take on a child control industry.

Dr. Leon Koziol is a human rights advocate who practiced law in federal and state courts. After earning his Juris Doctor degree in 1985, he dedicated the next thirty-five years to securing justice for diverse victims. His successes included jury verdicts, substantial recoveries, and precedent opinions. In 2004, he obtained a judgment invalidating the largest casino compact in New York. He also earned appearances on 60 Minutes, front page of the New York Times and other media.

In 2010, Leon took a conscientious stand against his profession for its abuse of parents in divorce and family courts. A victim himself, he soon exposed misconduct among jurists, lawyers and service providers who were promoting needless conflict for profit. Severe harm to children was treated as collateral damage. Incredible retributions followed, but the seizures of professional licenses, income capacities and father-daughter relations only increased his resolve for justice.

Nationwide efforts then expanded to include lobby initiatives, speaking events, a march down Pennsylvania Avenue under police escort, and a vigil at the Capitol for the lives lost to a corrupt system. All were ignored, adding support for George Floyd activists who declared that peaceful protest was ineffective. It also lent substance to a tactic of killing the messenger in the form of a “shoot on sight” warrant for child support and a survival mission that nearly cost Leon his life.

The shocking story which follows is a testament for whistleblower protection everywhere.