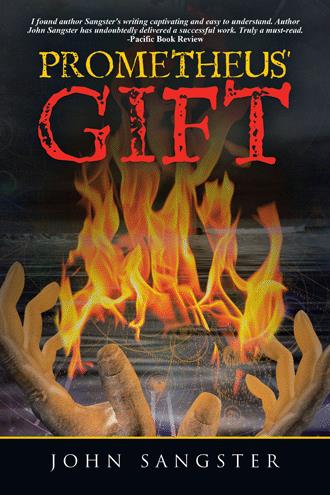 It was like an episode of Star Wars. The atmosphere was super hot, deadly, and so thick visibility was less than three feet. Through the thick, swirling, and pulsating mists, flashes of light, like from a light saber, were dancing around and getting lost in the thick atmosphere. Sounds of heavy breathing and muffled voices, like that coming from the mask of Darth Vader, could be heard. The noise was a cacophony of crackling, snapping, and sounds of things crashing and breaking. Brief openings in the swirling mists would allow furtive glimpses of five figures moving through this mess. Each of these creatures had a strange hump on the back, a light at the top that moved when the creature’s head moved, and, except for a strange protrusion where a human’s mouth should be, a featureless face. The creatures’ skin had a few reflective bands, making them a little bit easier to see in the swirling mess. And the heads of four of these creatures were a yellow color while the fifth one had a white colored head. The creatures were emanating sounds as though they were talking to each other, but the sounds were more noise than words. Sometimes the creatures acted like bipeds, walking on two legs, but most of the time they were on all four appendages. Two of the creatures were each holding a device that looked to be spraying something while two others were dragging a long tail attached to each of the spraying devices. This could have been a movie scene being filmed at the Elstree Studios in England by Lucasfilms, but it wasn’t. This was real.

The location was a house in Prairie City, a small community of about five thousand residents. The atmosphere was charged with thick, heavy smoke heated to nearly a thousand degrees. The lighting was supplied by a mix of the flames, the flashing red lights and scene lights from the fire engines, and helmet mounted flashlights on the firefighters. It was in the middle of the night, so the noise and lights broke the normally peaceful setting of the community. The creatures moving around inside the dangerous atmosphere were assistant fire chief Bill and his four volunteer firefighters, all in full protective gear. The enemy they were busy attacking was a house fire, a voracious house fire that wanted to gobble everything in its path.

While leading the interior attack, Bill was thinking back to when he first became a volunteer firefighter. He’d been used to going toe to toe with wildland fires for a few years, but upon signing up as a volunteer, Bill had to learn how to fight all types of fires, not just wildland ones. Bill remembered the first time he was outfitted in full protective gear and went inside a burning house. He was wearing a heavy pair of pants and a coat, called turnouts or bunker gear, similar to what he was wearing now. Both the pants and the coat consisted of two pieces, an outer protective shell of a fire resistant and puncture resistant material, and an inner shell that acted like a thermal barrier to keep some of the fire’s heat from damaging the human body. A hood over his head, with a cutout for the face, provided some heat protection to the neck and head area. A special helmet, like a backwards baseball cap, was worn over the hood to protect the head and neck from some of the falling debris associated with a fire. Heavy rubber boots protected his feet, while special fire and puncture resistant gloves protected his hands.

Strapped to his back was the self contained breathing apparatus, or SCBA. The SCBA consisted of a backpack, holding a cylinder of air, with a face mask to place over the entire face, and a visible gauge to show the wearer how much air is left in the tank. When the tank’s air supply is down to about eight minutes of breathing time left, a warning bell or buzzer goes off signifying that the wearer had better leave the building now. Generally, for a firefighter in good shape, a standard SCBA air tank could provide nearly thirty minutes of air. When working in extreme heat, digging or pulling, or when in not top physical condition, the air tank would be drained much faster. Bill remembered his first time following a seasoned firefighter into a burning building, the fear of crawling into the mouth of that fire breathing dragon. He felt like an armored knight trying to fight an angry dragon with a voracious appetite and a deadly breath of fire. Well, that was over twenty years ago, and every time Bill had to don the SCBA and go into a burning structure, he still felt like he was battling a powerful dragon. It was brute force against cunning, and hopefully his cunning would win.

Bill’s interior attack crew had done a good job racing through much of the house, combining the search for people with a quick fire knockdown. The four volunteer firefighters making up the attack crew were working as two teams, each team consisting of a person operating the nozzle at the end of the hose and the other person behind the nozzleman helping with pulling and guiding the hose. The heat, the tension of trying to get to the fire before the fire gets to you, and the pulling and dragging the nearly 200 lbs. of fire hose around door ways and numerous obstacles start to fatigue the interior firefighters. But they know they must go on. Their job was not finished, the dragon still lived.

Having pushed the fire back down the hall toward the rear of the house, one of the hose teams was getting positioned to enter the last bedroom. Kneeling at the threshold of the doorway into the bedroom, the nozzleman aimed the nozzle upward toward where the ceiling should be. With the heavy smoke rolling throughout the room, the nozzleman could not see the ceiling, nor any part of the room. The firefighters had to rely on their experience and hope the swirling mass of smoke would thin out enough to see. Pointing the nozzle upward, the nozzleman gave a few quick squirts of water by opening the nozzle for a second or two then closing the nozzle. This was called penciling, and the object was to both test the ceiling and slightly cool the extremely hot air at the ceiling. If the ceiling were weakened by the fire, then hitting it with a straight stream of water would cause some of the ceiling to come crashing down. So it was better to have that happen before the firefighters got into the room. Temperatures at the ceiling could easily be over 1000 degrees, and could lead to a flash over in which everything in the room, firefighters included, would burn explosively. Too much water shot to the ceiling could force the heat and heavy smoke to drop down to the floor, where the firefighters were trying to keep out of such conditions. So a few short bursts of water to the ceiling could be just enough to break the temperature chain reaction, and make entry into the fiery room slightly safer.

Finished with the penciling, the nozzleman started crawling into the fiery, smoky room. Aiming the nozzle at anything that glowed red, the nozzleman quickly knocked the fire down. With the quick fire knockdown in the room, it was time to do a search. The room was a claustrophobic mess. With zero visibility, caused by a combination of dense smoke and steam, disorientation was something that could hit the unprepared. Using the doorway as the base, the nozzleman kept one hand touching the wall and worked along the wall to the right. The hoseman, keeping touch with the nozzleman, used the thermal imaging camera he was carrying to sweep the room.

Bill’s life went from monotonous to stimulating in just a week. In that short time, two deadly arson fires put Bill’s skill as a fire fighter to work assisting in the investigation. His involvement in these fires wakes up some purposely buried memories of a broken marriage thirty years ago, a heart break that still affects him years later. While helping with the investigation of these fires, the team Bill is on gets side swiped by an unmannered FBI agent, who seizes all of the team’s efforts at solving the crimes. Determined to give his community closure, Bill and the team continue clandestinely to find the culprit. In the meantime, a young man comes to town and is quickly assimilated into the community. The young man, actually a FBI agent in disguise, soon realizes that what his boss told him about the arson fires was not exactly true.

Meanwhile the perpetrator of the arson fires follows a strange calling to return to the area of the deadly arson fires. A series of wildland arson fires hits the area, while a beautiful young woman named Diana starts visiting the town’s favorite bar and starts an affair with the young FBI agent. Wanting a spectacular fire to watch from the camera on board a hexcopter drone, the arsonist picks a perfect setting to start a wildfire, but the fire turns deadly and kills three fire fighters. As the young FBI agent, Bill, and a woman police officer start to zero in on the elusive arsonist, the town becomes embroiled in a deadly battle to save the life of Diana. The town’s people, providing help to the outnumbered law enforcement officers, beat back numerous attempts on Diana’s life by hitmen from Diana’s family. In the midst of fighting, Bill not only becomes a hero twice over, but he learns what happened to his wife and discovers who the arsonist really is.

John writes from experience. He spent nearly fifty years fire fighting, some of it as a paid wildland fire fighter, most as a volunteer fire fighter. He received his Bachelor’s of Science in Forestry, Fire Management degree, in 1974. During his schooling, he authored a few studies for the Fire Lab in Missoula, Montana, and authored a thesis on the use of remotely piloted vehicles in fire fighting. While a volunteer fire fighter, John worked as a sales manager for a mail order business, and eventually started his own computer repair business. After a number of deaths in John’s extended family, he decided to update his notes and recollections of various fires he had been on over the years. With some inspirational words from famous author John Maclean, and the use of his editor, John was able to publish his book entitled Salmon River Fire: 30 Years An Idaho Fire Fighter, which came out in 2016. John and Cindy, his wife of 46 years, live in Grangeville, Idaho. They have two children, four grandchildren, and one great grandchild.